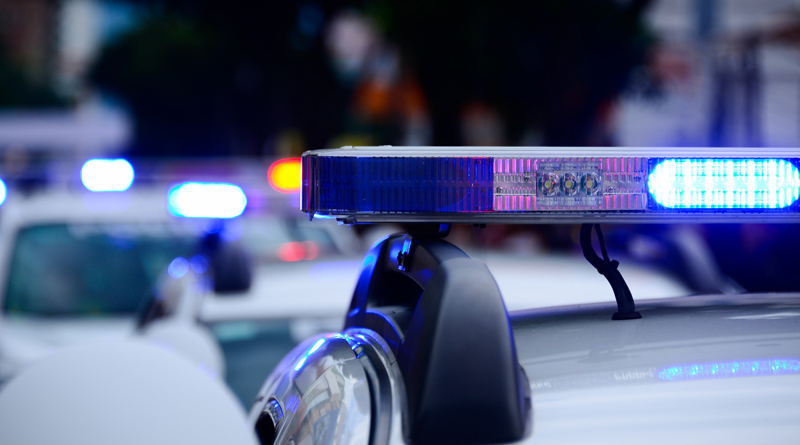 Just a few years ago, Connor would become anxious and paranoid at the sight of a police officer. Now he’s taking selfies with them at the end of training sessions. “I think it’s phenomenal, because I get to speak with officers and move forward from my past,” Jackson said. “They’ll better understand how to help other people with disabilities.”

Jackson is a graduate of Starkey’s Gateway Program, which provides specialized support for those with both an intellectual disability and mental illness. He works at Carlos O’Kelly’s and is on s list to move into his own duplex. However, Connor’s journey to this point wasn’t a very smooth one.

Connor was diagnosed with ADHD and bipolar disorder in kindergarten. He was able to attend school and play sports growing up, living a mostly common and functioning life. But after graduating from high school, “everything went wrong,” states Jill Erickson, Connor’s mother. Jackson was at one point taken to a hospital for dehydration, and his medications were changed. His paranoid schizophrenia began to show.

Jackson eventually joined the Gateway program and moved into a supervised group home. At this time, he had run-ins with the police, one time breaking a staff member’s car window and having to pay restitution. He was taken to jail on several occasions as well as the hospital.

According to Erickson, his schizophrenia made him afraid and paranoid of officers, peers, and even his own family. “If we couldn’t have gone to Starkey, what would I have done?” Erickson said. “I don’t know what we would have done.” Before their training, officers would sometimes respond to Starkey calls with aggression and less knowledge of how to interact with people who are disabled, states Kary Wade, supervisor of the Gateway program. For instance, one officer confronted a nonverbal client from Starkey, mistaking his lack of response as defiance as staff tried to explain the conditions to the officer.

“When police fail to understand that they are dealing with a person with a special condition, the result is sometimes a use of force that may be legally and morally justifiable, especially if the person appeared to be threatening the safety of others, but which produces a very unfortunate outcomes,” wrote researchers in a 2012 paper by the Police Executive Research Forum.

Starkey employees are now able to request officer that have completed crisis intervention training—the 40-hour course that includes an hour of education from Connor Jackson. The officers will first speak with the Starkey employee for knowledge of the situation and those involved before responding.

“Rather than approaching things hard and fast and escalating things because of the tension you’re creating yourself, we’re trying to get them to create opportunities for de-escalation,” states Deputy Narciso Narvais, president of the Sedgwick County Sheriff’s Department crisis intervention training.

The training began in Sedgwick County in 2007 and has since trained nearly 500 officers.

Systems are also in place for jails to notify the organizations of a release of an individual with a disability.

During the training, Jackson told officers the importance of understanding the individuals diagnosis and how they may respond to pressure. He also stated speaking with the individual one-on-one may be more comfortable for them as opposed to several officers speaking to them.

This piece is based on an article written by Katherine Burgess for The Wichita Eagle, which can be seen here.