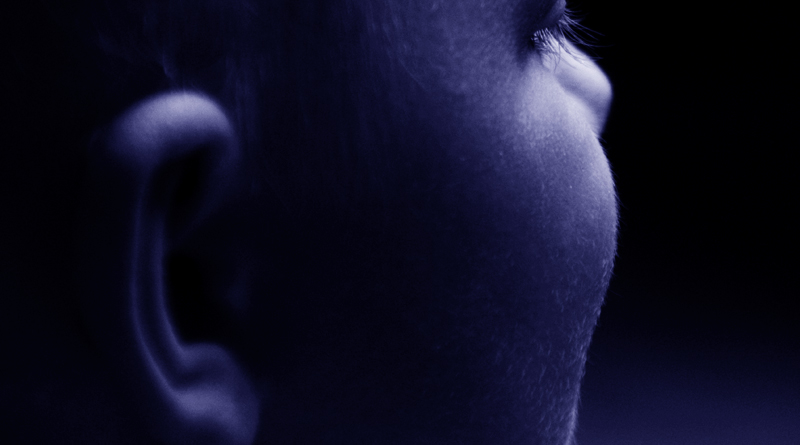 At nineteen years old, I lost my ability to fully take part in the world around me. Unlike common sensory impairments, I did not lose my ability to hear, or smell, or see. Instead, I suffer from a condition that amplifies each of these. When I touch, when I look, I am feeling everything around me – and it does not feel pleasant. Imagine you are trapped with the same sound for hours. A slow torture will begin to encapsulate your body. For sufferers of Misophonia, a strange—yet, real condition, this torture is immediate. From the drop of the fork, or the slight pitch of a whistle, we are derailed.

Those that have not heard of misophonia are often surprised by the condition. Some are perplexed by its nature, and have trouble believing that it’s more than an annoyance.

For sufferers of misophonia, we are confronted with an immediate negative reaction, which is a fight/flight response, to otherwise normal sounds and visuals.

When I first discovered my condition, I went through a lot of emotions. The first was relief that I was not crazy. This was quickly followed by dismay. While I did have a name for the disorder, there was no cure. Soon, my dismay turned to frustration. Information on my disorder, when spread, was often wrong, or even horrendous. Charlatans were capitalizing off Google and Wikipedia, while the editors at sites as big as WebMD weren’t paying attention to the scientists. I often spent the first year of this disorder wondering what would come of everything – if there was no cure, and no one was paying attention, I didn’t know how I was supposed to keep going.

I often spent the first year of this disorder wondering what would come of everything – if there was no cure, and no one was paying attention, I didn’t know how I was supposed to keep going.

Advocating for an unknown condition is multifaceted. For some, my story has become a beacon, and my efforts are a force to be reckoned with. To many, I have become a symbol of hope. I often feel shame when I sit in my worst moments, void of promise and inspiration. While others look up to me, I spend many moments lost in my own dreariness. The truth is that I am uncomfortable with any idolization for my actions. I am an advocate not for notoriety, but for the ultimate end goal. I am an advocate because I hope for a world that people like me can walk freely upon the streets, or have dinner in a restaurant. I am hoping that research, and particularly the wonderful studies that have been championed by Dr. Jennifer Jo Brout, offer more than just a glimmer of hope, but a cure.

While stigma is still a problem for many disorders, I have never had as hard of a time as I do with my disorder that is completely unknown. If I must explain my ADHD, Anxiety, or Depression to others, I can point them to research studies — to evidence, and proof that these disorders are real. For misophonia these studies are happening, we just cannot say we have the answers yet. There is so little research that even some doctors may have trouble understanding our disorder.

I don’t mind being an advocate for my disorder. It’s invigorating to know that my day to day work may have an impact on my own life, and that of current (and future) sufferers. However, that does not mean I am not tired. I am tired of typing, and saying, the same sentence over and over. I am tired of having to justify my disorder whenever I meet a new person. I am tired of explaining why I cannot go to restaurants, or why keys jingling, tapping hands, or whistling turn me into a nightmare — crying and all.

Share on FacebookShare on TwitterShare on Linkedin
Shaylynn Hayes

Shaylynn Hayes is a 23 year old writer, advocate, graphic/webdesigner, and student. She is the Editor-In-Chief of Misophonia International and Author of Full of Sound and Fury: Suffering With Misophonia. She is also the founder of www.lovenotstigma.com – an advocacy project that aims to share mental health stories, lift up advocates, and create a world that promotes love instead of stigma. Misophonia has created trials and tribulations, but it’s also changed her life in good ways. It is due to Misophonia that she ended up switching schools, but it is also the reason she has been able to focus her voice and try to help others that struggle with the disorder. Alongside Dr. Jennifer Brout, Shaylynn runs the Newssite and adovacy site, www.MisophoniaInternational.com. The site focuses on Research, Coping, and Awareness for the disorder. Shaylynn has also been actively involved in the International Misophonia Research Network, founded by Dr. Jennifer Brout. What used to be a life-ruining disorder has become an interesting and defining adventure that has proven that the things that are “ruining our life” may very well be creating a new, interesting life in the place of the old.

Steve Gregory discusses lessons he has learned during his own recovery from an Acquired Brain Injury.

Music as Medicine: The Effects of Music Therapy on Depression

Megan Baksh takes a look at recent studies highlighting the good listening to music can do in alleviating depression and anxiety.