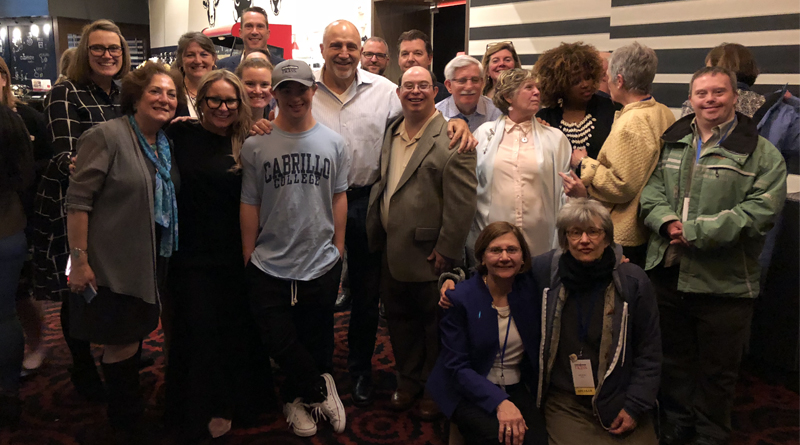 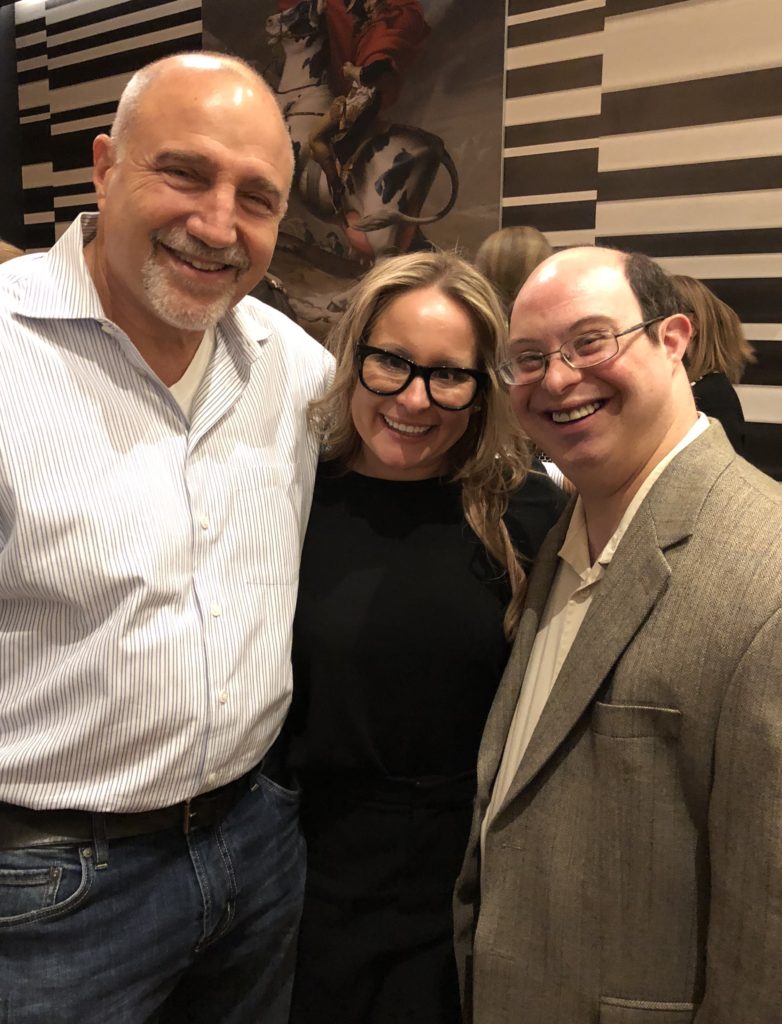 Society (NDSS) Down Syndrome Adult Summit in Washington, D.C., was to figure out what “plenary” meant. I learned that it means that my talk was going to be the first of the day before attendees broke up into break out sessions. That meant that my presentation was going to be seen by every participant in the summit. And as if the adult summit wasn’t enough, the following day was the NDSS’ 2018 Annual Buddy Walk® on Washington, where the amazing ideas from the summit would be delivered directly to our nation’s lawmakers.

The other thing that struck me was that this was the first EVER adult summit for Down syndrome. Why? Because back in the early 1980s, people with Down syndrome only lived to be approximately 20 years of age. Now, they live to be 60 years of age or more. And as heartening as this progress is, it means that there are new phases of life that have to be prepared for.

So it almost seemed natural that the NDSS was combining with the National Task Group on Intellectual Disabilities and Dementia Practices (NTG), as well as the National Alliance for Caregiving, (NAC), to discuss the important and critical topics that are new to this community. These two organizations weren’t started just for people with Down syndrome, but the relevancy of their messages were as relevant here as they would be to a conference for any neurodiverse individual, as well as so called “neurotypicals.” It is a real example of just how things overlap between all of our “different brains.” And the NDSS, the NTG, and the NAC showed what people and organizations can do when they join forces.

I am so happy and thankful that the Different Brains presentation that I gave was so well received. The audience got it. They got “neurodiversity”, that no two brains are alike, that every brain is different, and that the walls between conditions just don’t exist. ALL of our brains are different. 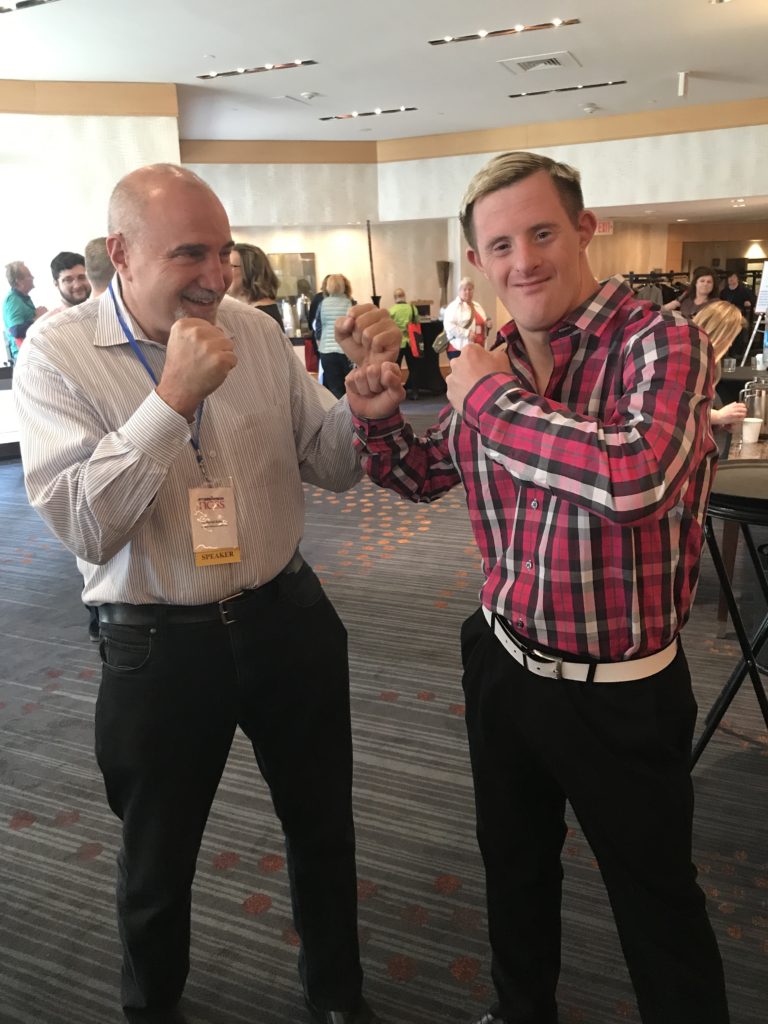 What really blew me away at this conference were, hands down, my heroes: the Self-Advocates for Down Syndrome. One after the other (and there were many of them) these amazing individuals of all ages were a constant source of enlightenment, happiness and inspiration. They had important things to say that everyone needs to hear, and after this summit they were going on to tell the senators and congressmen the same thing. People with Down syndrome and their families and their friends don’t want pity. They want action. They want opportunity. They want their shot at the American dream.

The Adult Summit also brought home the great truth that society has, inadvertently, discriminated against adults by featuring and focusing on the children. Now look, nobody loves children more than I do, but: they eventually turn into adults! We have to treat, support, and recognize people regardless of age – from the cradle all the way to the you know what. 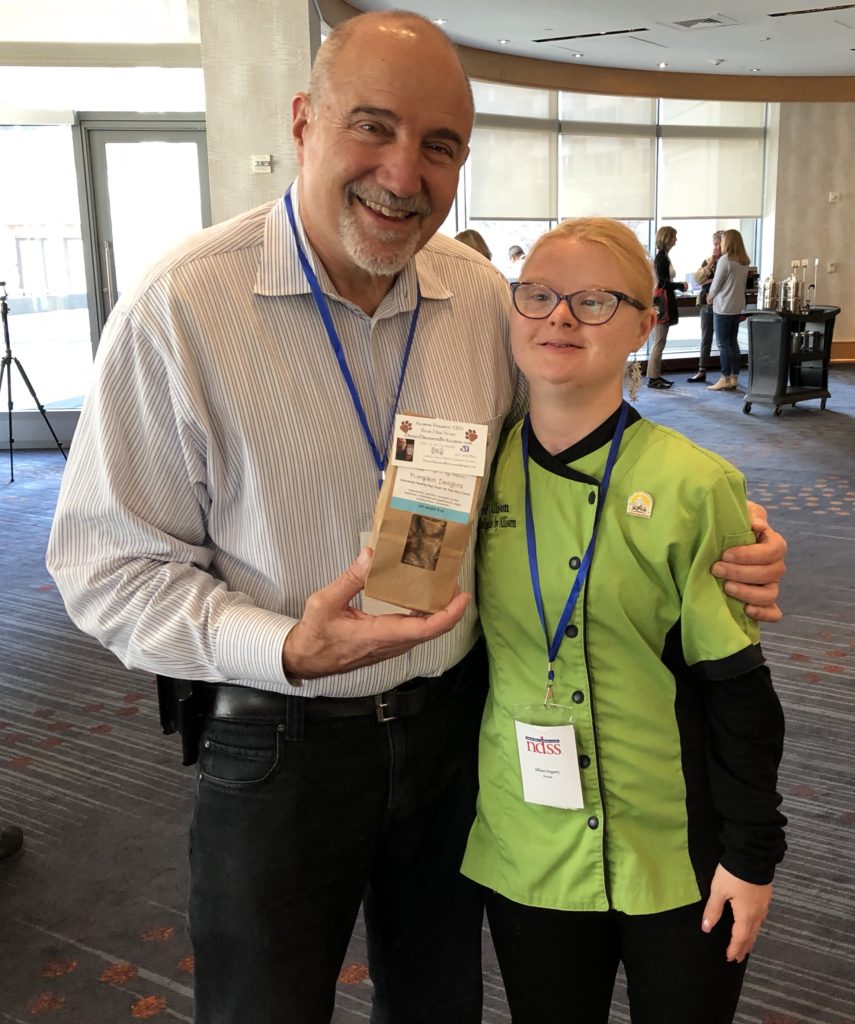 The thing that has stuck with me the most, beyond the important messages and calls to action, were the smiles. I was looking through the photos of the conference and I saw smile after smile after smile. Not the kind of smiles you see everyday at work or at a party. These were full, feeling, sincere, happy smiles. They were the smiles of people that were having their voices heard, and were being understood in a way that was impossible just a decade ago. They were Self-Advocates, and this was THEIR summit.

We all deserve a shot at maximizing whatever potential it is that we have. We’re all different in many ways. Some are tall and some are short. Some are brown and some are white. And as my daughter has taught me, every brain is like a snowflake, no two are alike.

It was really amazing to me to experience the whole panorama. The dedication of all the volunteers at the NDSS were truly something to behold. After the summit, they were then going up to Capital Hill to get things done and get bills passed. Not to ask for pity. But to ask for a fair shot. To make sure that just because someone has a disability of any kind, that their employer isn’t allowed to pay them less than the minimum living wage. To make sure that regardless of diagnosis, they deserve the same health opportunities as anyone else. Overall, what every human being is entitled to. What our forefathers put in writing that each and every one of us is entitled to “Life, liberty, and the pursuit of happiness.” 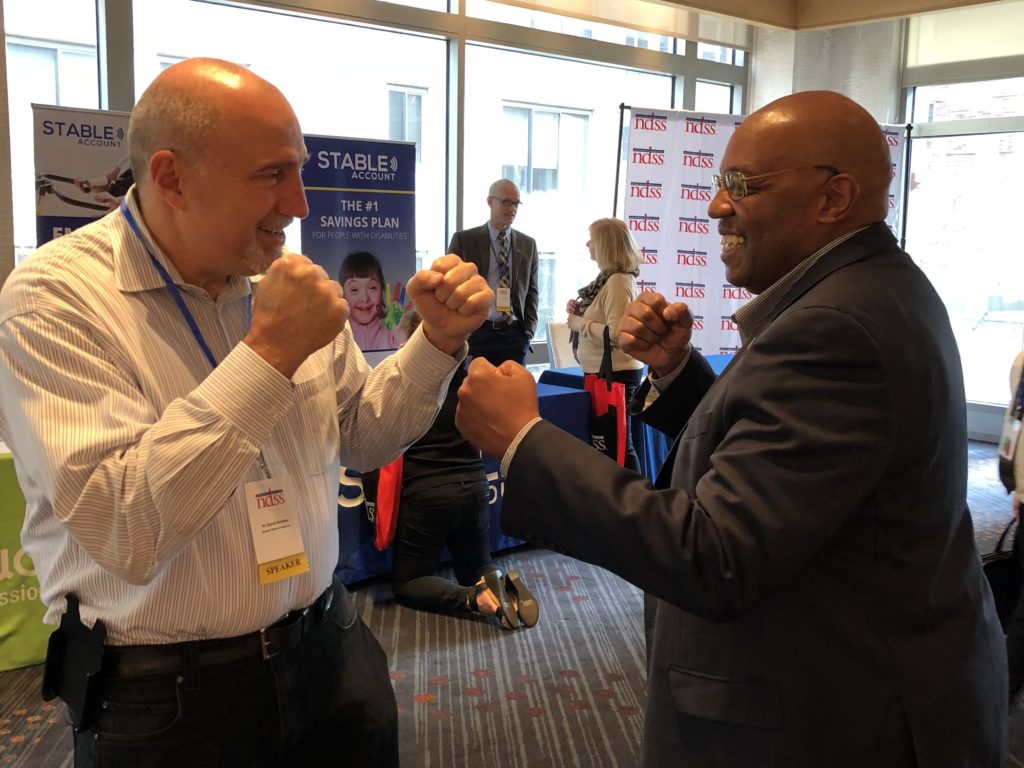 Being part of this event for Down syndrome has truly intensified my feelings that we are so on the right track for advocating for neurodiversity and with what we are trying to accomplish here at DifferentBrains.org. Because it’s not just Down syndrome. It’s not just Autism and Asperger’s, which led me to write my Aspertools book, it’s not just about neurological conditions, seizure disorders, mental health issues, intellectual differences, developmental differences, it’s about all of the above.   Society needs to understand and embrace Neurodiversity for the benefit of ALL of us.

I salute the NDSS and all organizations like them. And I think the time has come to recognize that we are all on a spectrum of sorts, whether it is on our brain differences, our age differences, and any other differences. But one thing’s for sure. We all get born, and we all age, and we all need to prepare for the future. A POSITIVE future for ALL!

One Individual’s Journey With ADHD

Self-advocate Camilla Watson details her personal experiences with undiagnosed ADHD, and how she received her adult diagnosis.

Philip, an intern, shares his story about dealing with the coronavirus pandemic and his experiences with quarantine.