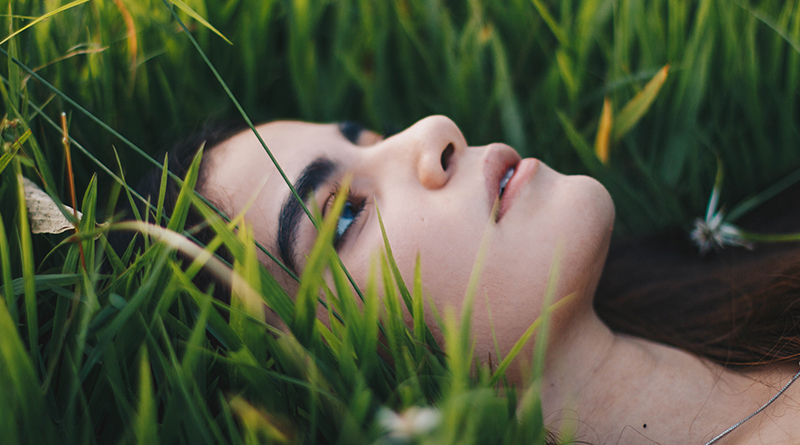 Synesthesia can be an absolutely fascinating topic, but is one many people haven’t heard of.

For example, if someone were to play a harp, while most of us would identify it as a light and pleasant string sound, someone with synesthesia could also see triangles, or maybe certain shades of yellow when they hear a harp. In both senses of the word, synesthesia relies on people’s brains to make cross-sensory connections, such as the sun being yellow and warm, a lemon being yellow and sour, a harp being heavenly sounding and depicted as made of gold, etc. People who have Synesthesia make these connections at a higher frequency and a higher intensity than most people, and often these differences can result in a person .

To look further into some of the amazing things people with Synesthesia can do, let’s take a look at three such individuals that have recently been in the news.

An Artist with Synesthesia

The first story showcases the work of Jack Coulter, an artist from Belfast, North Ireland who can see sounds and see smells. He uses his different brain to transform sounds and smells into visually stunning works of art. For instance, he once collaborated with the London Symphony Orchestra for a performance where the orchestra performed a Mendelssohn violin concerto and as they were playing, Jack painted live via video link his visual representation of the music. When asked about it, he responded, “Everything is automatic when music is playing and I have an empty canvas. It’s fluent. My eyes, hands, arms, entire body at times just react to the composition or sound. It’s such a frantic yet serene process.” In this art season, Coulter sampled a series of seven different fragrances and painted on canvas his response to each of the fragrances. Of the seven sent to him, Chanel No. 5 was his favorite, and when asked about his work, he explained, “I wear Chanel No. 5 so depicting it on canvas was a dream. I painted the various stages of the fragrance as it sets on the skin. Initially, the subtle harshness exudes a warmth, its pungent undertone bleeds into a summer bed of flowers. Once it sets on your skin it’s a dark heaven. Therefore, the layering in my piece has the initial spray of the faded whiskey underlay, overlaid in acid green, red, black with those tiny slices of aqua rising under — signifying its setting process. Every time I spray it, these colors arise.” His work can be seen here, and you can read more about him in the links below. (for the full story, click here)

A Nurse With Synesthesia

The second story involves a TV show that Fox recently green-lighted inspired by Megan Pohlmann, a 30-year old nurse from Missouri who has a variant of Synesthesia called Mirror Touch Synesthesia, which allows her to to feel others’ emotions and physical pain firsthand. She uses her talents as a pediatric nurse working in the St. Louis Children’s Hospital, and she didn’t always know she had Mirror-Touch Synesthesia. According to Pohlmann, “I’ve always felt it, but I didn’t know it was a ‘thing’ until about six years ago when I met with synesthesia researchers and they confirmed it. I was actually meeting with them to talk about my other types of synesthesia and they confirmed that I was a mirror-touch synesthete as well.” When asked to describe Mirror-Touch Synesthesia, she responded, “MTS goes beyond putting ourselves in someone else’s shoes. It’s actually wearing the shoes for a while. It’s feeling the water splash from puddles. It’s feeling the wear and tear in the soles.” The TV show itself is called Remedy, a fictional adaptation of Pohlmann’s practice involving a nurse named Remedy Shaw who uses her MTS much in the same way Pohlmann does to not only cure sickness but to outright heal people. More information about the show can be found here, and you can find out more about Pohlmann in the links below. (for the full story, click here)

A Violinist With Synesthesia

The third story features a 3D-printed violin designed and produced by Kaitlyn Hova, a violinist, web developer, designer, composer, and neuroscientist who sees sounds as color. She discovered she had Synesthesia during her studies at the University of Nebraska at Omaha. In her own words, “It was at UNO that I discovered that I had synaesthesia, a neurological phenomenon in which your senses are inherently crossed. This ability allowed me to physically see sounds as colours, which I thought was completely normal up until that point.” She then switched up her studies to Neuroscience to better understand her condition and went on to undertake make projects, one of which being the Hovalin, a 3D-printed violin developed in response to music schools losing funding for music programs. She recalls, “I noticed a trend in schools — Music Education is systematically underfunded, while STEM grants are introducing 3D printers to schools and makerspaces. Instead of seeing this as a problem, I saw a solution! Why not 3D print your music program?” One of her many interviews and performances can be seen here, and you can read more about her in the links below. (for the full story, click here)

For more information about Synesthesia, check out our resource page.

Photo by Hector Gomez on Unsplash

Darlene Lancer, JD, MFT discusses whether or not therapy can be helpful to people with Narcissistic Personality Disorder.

How Dakota Johnson Is Changing the Way People Look at Depression

Sample Letters To Your Child’s New Teacher- For Apraxia, Autism, Or Any Neurodiversity

If you have a child with a communication impairment you know you are probably their best translator. It’s frightening for both you and your child to be separated on those first days of school, but there are things you can do to make that transition easier.