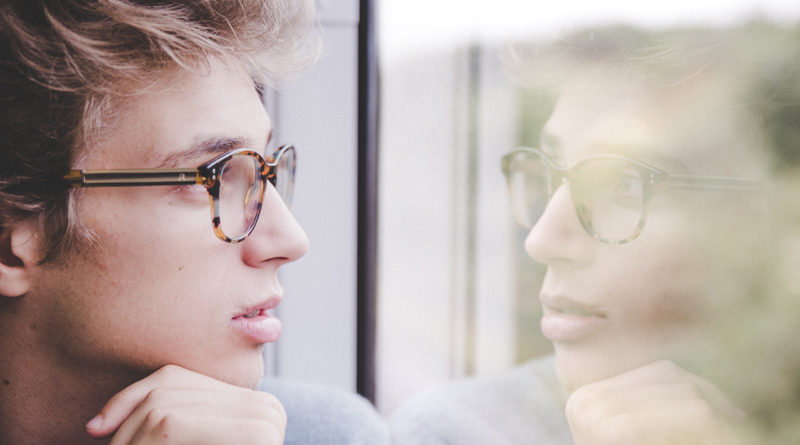 Narcissists can be beguiling and charismatic. In fact, one study showed that their likable veneer was only penetrable after seven meetings. But you don’t want to fall in love with one. Over time you can end up feeling ignored, uncared about, and unimportant. Typically, a narcissist’s criticism, demands, and emotional unavailability increase, while your confidence and self-esteem decrease. You’ll try harder, but despite pleas and efforts, the narcissist appears to lack consideration for your feelings and needs.

Narcissistic personality disorder (NPD) occurs more in men than women. As described in “Do You Love a Narcissist?” someone with NPD is grandiose (sometimes only in fantasy), lacks empathy, and seeks admiration from others, as indicated by five of these summarized characteristics:

1. Has a grandiose sense of self-importance and exaggerates achievements and talents

4. Believes he or she is special and unique, and can only be understood by, or should associate with other special or of high-status people (or institutions)

5. Lacks empathy for the feelings and needs of others

6. Unreasonably expects special, favorable treatment or compliance from others

7. Exploits and takes advantage of others to achieve personal ends

8. Envies others or believes they’re envious of him or her

9. Has “an attitude” of arrogance or acts that way

How a Narcissist Behaves

Basically, what this looks and feels like is someone who is puts him or herself above all others. However, you might not notice it at first.

Narcissists often like to talk about themselves and your job is to be a good audience. They may never ask about you, and if you offer something about yourself, the conversation quickly returns to them. You might start to feel invisible, bored, annoyed, or drained. On the other hand, many narcissists are charming, beautiful, talented, or successful. So, you may be entranced by their good looks, seduction, or fabulous stories. Beware that some narcissists who excel at seduction may act very interested in you, but that wanes over time. Flattery is also a means to allure you.

Not only do they want to be the center of attention, they brag about their accomplishments, trying to impress you. When you first meet, you may not know the extent of their exaggeration, but it’s likely the case. If they haven’t yet achieved their goals, they may brag about how the will, or how they should have more recognition or success than they do. They do this because they need constant validation, appreciation, and recognition.

Because they like to associate with high status, they may name-drop celebrities or public figures then know. Similarly, they may drive an expensive car and wear designer clothes, brag about their school, and want to go to the best restaurants. This may dazzle you, just like their charm, but it’s really a symptom of their need for an attractive facade to hide the emptiness underneath.  A simple, intimate restaurant you prefer won’t meet their standards or provide them the public visibility they seek.

Although some people who aren’t narcissists lack empathy, this trait is a crucial and determining symptom when combined with a sense of entitlement and exploitation. Notice their expression when describing sad stories or reaction to yours. Do they lack empathy for the hardships of others and in particular your own needs? I once told a narcissist I wouldn’t be able to travel to meet him due to a back injury. I was shocked by his insensitive reply: “You wouldn’t let a little back pain keep you.”

Simple examples are rudeness, not listening, walking ahead of you, ordering what you should eat, ignoring your boundaries, taking calls when you’re talking to them. Admittedly, these are minor things any one of them alone may not be significant, but they add up to paint a picture of someone who doesn’t care about you, and will behave that way on bigger issues. They’re not comfortable with vulnerability – theirs or others, and are emotionally unavailable. In time, you’ll notice they keep you at a distance, because they’re afraid if you get too close, you won’t like what you see.

A sense of entitlement reveals how narcissists believe they’re the center of the universe. They’re not only special and superior, but also deserve special treatment. Rules don’t apply to them. They may not just want, but expect a plane or cruise ship to wait for them. If they’re convicted, it’s everyone else’s fault, or the law is wrong. You should also accommodate their needs – stock their favorite treats in your car, like what they like, and meet at their convenience on their timetable.  A relationship with this person will be painfully one-sided, not a two-way street. Narcissists are interested in getting what they want and making the relationship work for them. Your purpose is to serve their needs and wants.

You may not spot this trait until you get to know a narcissist better, but if you start to feel used, it may be because you’re being exploited. An example is someone taking credit for your work. A woman (or man) may feel used for sex, or for as arm candy if a narcissist shows no interest in her as a person. A man (or woman) may feel used if he gives money to a narcissist or provides her services. Manipulation is a form of covert aggression to influence you to do their bidding. Narcissists are masters of it. To many, dating is an art of game-playing. Whether or not it’s an “intimate relationship,” narcissists usually aren’t concerned about the other person, their feelings, wants, or needs. (Read “How to Tell if a Narcissist Loves You.” When relationships feel one-sided, givers feels exploited. They are because they allow it, and don’t set boundaries.

More serious exploitation involves lying, gas-lighting, cheating, and fraud involving financial and business dealing. These may include legal violations. You might not see this coming, but a narcissist might brag how he put one over on someone he took advantage of. Someone who had an affair may not be a narcissist, but a pattern of lying might be a symptom of several narcissistic traits. Other more obvious signs will show up.

Narcissists want to be the first and best, and don’t like their competitors. They want what they have. Instead of being happy for others’ successes, they feel envy. They may tear down the person they envy and say how the person doesn’t deserve what they have. Narcissistic parents do this with their own children and partners! They project and believe other people are envious of them. When someone has good reason to criticize or not like them, narcissists will dismiss their complaints as envy, because they are so great – and they can’t tolerate criticism.

Narcissists act superior, because deep down they feel inferior. They may put down other people, classes, ethnic groups, or races. Notice how they treat people who serve them, such as waiters and doormen, while sucking up to people of influence. Their critical comments are usually tinged with disdain and are often rude, attacking the individual and not just complaining about the service. It may come out in abrupt anger or covert hostility. This gives you a glimpse of how they will treat you when they know you better.

They typically believe they’re infallible and always right in any conversation. You might feel interrogated or steamrolled in a debate or that your words are twisted. Narcissists never take responsibility (unless it’s for a success), rarely apologize, and frequently blame others for misunderstandings or when things go wrong. Their hostility can take various forms of narcissistic abuse. Listen to how they talk about their past relationships. Do they act like the victim and still seethe with resentment?

Beware of Falling for a Narcissist

Relationships with narcissists are usually painful and can be emotionally and sometimes physically abusive. If you’re the son or daughter of a narcissistic parent, you’re more susceptible to falling for one, because they feel familiar – like family. Once attached and in love, it’s not easy to leave. Divorcing a narcissist can be costly not only financially, but emotionally frightening and exhausting. On the other hand, you may feel devastated if you’re rejected and/or replaced. (See “Recovering from Rejection and Breakups”) If you’re already involved with a narcissist, read Dealing with a Narcissist: 8 Steps to Raise Self-Esteem and Set Boundaries with Difficult People. Email me to join my mailing list for a more extensive “Checklist of Narcissistic Behaviors.”

Photo by Laurenz Kleinheider on Unsplash

Bottoms-Up: The Innovative Thinking Style of the Asperger’s Mind

Samantha Craft discusses the concept of "bottom up" processing, which is common amongst people on the autism spectrum.

Kim Lew discusses the benefits of service dogs, and how to find one, with autism self-advocate J.R. Reed.

What is a Covert Narcissist?

Darlene Lancer, JD, MFT explains the characteristics of covert narcissists, and looks at their impacts on relationships.