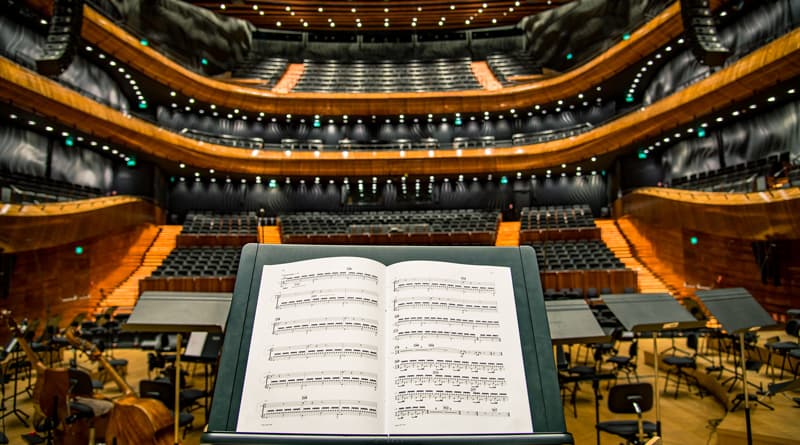 The We Belong Performing Arts Virtual Hall of Fame is a place in which our great Instrumentalists and Vocalists in the autism, specially-abled, Down syndrome, and neurodiverse communities will finally have a place to be recognized, shine and be seen for the extremely talented Artists they truly are.

Until now many of these great artists have only been seen on YouTube or Facebook as the occasional viral sensation, but don’t have a dedicated place of honor to be recognized. That is one of the goals of the We Belong Performing Arts Virtual Hall of Fame.

Talent knows no classification of disability. If you don’t believe me, just research Beethoven, Blind Lemon Jefferson, Ray Charles, and countless other musical giants of whom many had undiagnosed dyslexia, autism, and were otherwise neurodiverse. Mozart is especially looked at as being on the Spectrum. While many of these legends were celebrated during their lifetimes we’ve rarely done the same for all great artists with profound physical and neurological challenges performing today.

A simple YouTube search will produce hundreds of videos featuring amazing Musical artists who have overcome unbelievably challenging times to bring amazing Music to the World. What I’ve observed over these many years is that great artists like Derek Paravicini are treated more like passing Internet fancies than artists with astounding talents. I believe that the time has come that these great artists had a special place of honor. At the We Belong Performing Arts Virtual Hall of Fame we plan to do just that. We are going to give these amazing artists a dignified platform all their own.

Our highly distinguished Honorary Board Members have shared their names and moral support to The We Belong Performing Arts Virtual Hall of Fame because as some of the most accomplished people in the World, they fully appreciate these incredibly special Artists. The Honorary Board is comprised of Scientists, Physicians, Mental Health professionals, newspaper editors, media specialists, educators; musicians and advocates. They believe in my vision because they have seen and believe in my commitment to these communities as both an Educator and Musician.

My journey towards “We Belong”

My path merged with our special needs communities by fate. I was still in College (1984) when I was hired to be an Assistant Teacher in a special education program. Naturally (and instinctively) I used my training in Music to connect to the students. I saw them (so to speak) as individual pieces of Music and Instruments. Each one with its own timbre, tempo, time signature, harmony and melody, and, while not all of these students had Musical talents, each one was their own Song.

Only with hindsight can I speak about my commitment and successes with our specially abled communities in the way that I do.

Teaching the Neurodiverse and Specially Abled

Believe me, when I first began my journey as an Educator in 1984, I could not have articulated what I was doing, but I must have been doing something positive because my work drew attention from the beginning of my career. Honestly, to this day I still see myself as doing exactly what I am supposed to be doing. Nothing more and nothing less. Well, hopefully much more and absolutely nothing less than what I am supposed to be doing.

Early on in my career I would receive letters and observations and did not understand why anyone would think what I was doing deserved any attention. Eventually I gained experience and a rear view mirror, both of which propelled my conscious advocacy of music as a tool to help all communities, most notably our specially abled communities.

When I began teaching at Lehman High School (my Alma Mater) under the tutelage of the great Principal Robert Leder, I was able to start an Instrumental Music program with our special education students, who believe it or not, were not accepted by the other teachers in the Music Department. To counter that absurd inequity I started an Instrumental Music program in a Classroom on the 3rd floor and before we knew it, we had joined forces with Ms. Kelly (a legendary Music Teacher) from Evander Child’s High School to form Class Act. Class Act was the first Band in the history of NYC Public Schools comprised exclusively of students with special needs. Since that time I have taken hundreds of special needs students and immersed them into my general education or mainstream Instrumental Music programs. I have also assembled countless Choirs exclusively comprised of students with Autism. Most recently my All Star Chorus at Roosevelt High School in Yonkers NY was established in 2015.

My connection to our special needs communities can also be traced to when I began my career as a professional Bandleader. Okay- I wasn’t very ‘polished’ at the time. I was no more than 16 years old and cutting my teeth on some rough Gigs  because I was so young and everyone else was either older than me or my age, including the clients) at which I met a lot of people from the business and community worlds. In spite of my age and lack of experience I was able to make many connections on a personal level with these business and community leaders. Two of the most influential in my career were the great Joseph Wuest and the equally great Frank Celentano. These two men changed how I looked at the intersection between the performing arts and the specially abled.

Joe Wuest was the President of the Morris Park Kiwanis Club, Bronx NY. When he found out I played the Trumpet, sang, and had my own band, he immediately hired me to perform. One such performance was at the Annual Kiwanis Christmas/Chanukah party for developmentally challenged adults. I realized I couldn’t be paid for that wonderful experience, and decided to donate my performances.

Frank Celentano had a son with Down syndrome, and started an organization when the public schools and community at large did not accept, or barely recognized, children and adults in the Down Syndrome community. For nearly 20 years I watched those children turn into fine young adults. Frank Celentano had a heart and vision bigger than any people I had ever met, and the success of the people.

These early experiences combined with my years and years of teaching have given me the vision to create this new platform. I believe the experiences I just spoke about gives people far and wide confidence in my abilities to launch, advocate and nurture this project.

The Goals of “We Belong”

I also believe that this venue will bring countless professional opportunities to our specially abled populations in the world of Music and Inspirational Speaking. Showcasing these amazing Musicians will give countless others the incentive to pursue their dreams, even if not in Music. This platform will educate and bring awareness to the great talents and abilities of specially abled people in a way it has not been done before.

Our support is growing, and your moral support is also welcomed. In June of 2019 we will induct our 1st Class of Artists.

A very special ‘thank you’ to Dr. Reitman and Differentbrains.org for sharing this message and for their remarkable work.

For more about the We Belong Performing Arts Virtual Hall of Fame:

The Importance of Peer Groups in The Autism Community

Katie Oswald, self-advocate and Executive Director of the Full Spectrum Agency for Autistic Adults, discusses the positive impact peers groups can have.

It’s time to start encouraging our children with autism, who show extreme interest in a subject, that it is healthy and positive.