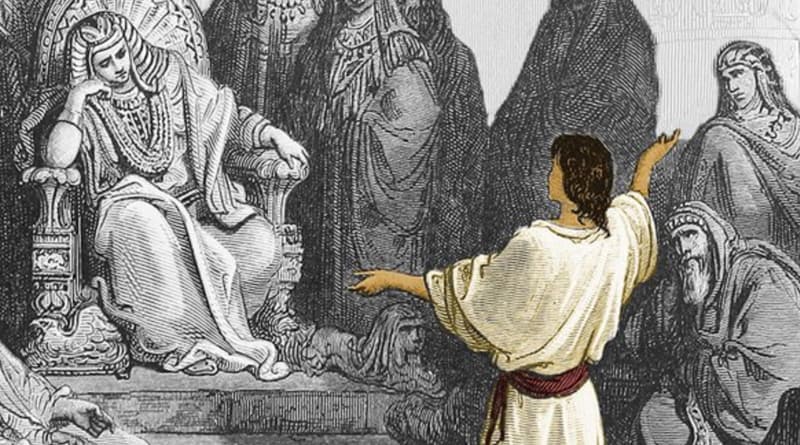 THE STORY OF JOSEPH

The story of Joseph (the title of my book uses the Hebrew “Yosef”) presents a fascinating and memorable narrative, which has been both the focus of careful study for countless generations of readers and scholars of the Bible, as well as the subject of a wide range of art and literature, from the visual arts to novels to Broadway.  Much of this interest, among both religious adherents and broader culture, likely stems in large part from the challenging questions that arise in the course of the story.

Joseph’s behaviors, interpersonal relationships, personal journey, and development are often difficult to understand. At times, they even seem to defy explanation as he faces concomitant and interconnected challenges, opportunities, and experiences, often at once, both surprising success and unexpected failure. Over the years, I have read the biblical story of Joseph numerous times, and I have studied the text through the prism of the works of classical Jewish commentators, spanning thousands of years and geographical locations across the world.

COULD JOSEPH BE ON THE AUTISM SPECTRUM?

A number of years ago, as I read the opening verses of the story, it occurred to me that a myriad of Joseph’s characteristics and behaviors are consistent with those of an individual on the spectrum.  As I continued to reread the story through the lens of contemporary understandings of the autism spectrum, I observed that, throughout the story, many of Joseph’s behaviors and experiences closely resemble those common among individuals with forms of high-functioning autism or Asperger’s syndrome.  Upon further examination, I realized that understanding Joseph as an individual on the spectrum helps illuminate not only the text of the Torah but also many comments and teachings about Joseph found in the classical Jewish sources I had previously studied.

On this basis, through a close reading of both the biblical text and classical Jewish commentators, my book attempts to achieve a coherent and cohesive understanding of the story that offers a plausible account of Joseph’s behaviors toward others and those of others toward him, while at the same time accounting for both his successes and his failures.  Although, of course, individuals with autism spectrum disorder vary widely in their symptoms and their behaviors, common characteristics include many of the behaviors Joseph exhibits and the interactions he experiences.

SIGNS THAT JOSEPH WAS ON THE SPECTRUM

For Joseph, these include social challenges, punctuated by an inability to read social cues, understand and anticipate the feelings and reactions of others, and navigate social settings; attachment to animals or inanimate objects in place of interpersonal relationships; heightened intellectual capacity and creativity in narrow areas of interest; repetitive and inflexible behaviors and routines; an obsessive and compulsive focus on a personal vision and a private way of viewing the world; and a rigid and literal understanding of truth, ethics, and morality that sees virtue in extreme terms rather than allowing for nuance.

Viewed through this lens, Joseph emerges as a more familiar and less enigmatic individual, exhibiting both strengths and weaknesses commonly associated with autism spectrum disorder.

Finally, with this understanding, the story may offer positive perspectives, encouragement, and important lessons for children and adults on the spectrum and those who interact with them, including their families, friends, and caretakers, as well as others who are unfamiliar with autism spectrum disorder.

For example, my book observes that during his initial encounter with Pharaoh, when Joseph interprets Pharaoh’s dreams and prescribes a response to the forthcoming famine, Joseph expresses himself in ways that demonstrate, at once, both his brilliance and some of his social challenges. Pharaoh recognizes Joseph’s potential value to his kingdom, but he also anticipates that, on a social level, Joseph may be vulnerable to the maneuverings and attacks of others. To accommodate his deficits, Pharaoh provides Yosef with dignified clothes, an honorable name, servants, and a wife from a distinguished family to protect him and help him navigate his social surroundings. With these supports in place, Yosef is safe to go out on his own, leaving the protective watch of Pharaoh and traveling throughout the Land of Egypt.

It is not uncommon for individuals with disabilities, once they receive the appropriate services, structure, and support, to be able to exercise the talents they possess and achieve the goals that would otherwise continue to elude them. As Pharaoh recognizes, like many who are on the spectrum, Yosef’s deficits are in areas relating to social expectations and interactions. Unencumbered by these external concerns, Yosef is now free to focus on his areas of strength, traveling throughout the Land of Egypt to construct and implement his masterful plan to save Egypt and the surrounding lands.

The book “Was Yoseph on the Spectrum?” is available directly from the publisher and on Amazon.

Professor Samuel J. Levine joined the Touro Law Center faculty in 2010 as Professor of Law and Director of the Jewish Law Institute. He previously served as Professor of Law at Pepperdine University School of Law, he has served as the Beznos Distinguished Professor at Michigan State University College of Law, and he has lectured throughout the United States. He is the author of ‘Was Yosef on the Spectrum? Understanding Joseph Through Torah’, ‘Midrash and Classical Jewish Sources’, and ‘Jewish Law and American Law: A Comparative Study’ (Two Volumes), and more than fifty law review articles and book chapters.

Co-Occurrence of Psychiatric Disorders and Intellectual Disabilities: What Caregivers Should Know

Coralia Ivan-Suciu provides education and specific resources to the caregivers of individuals dually diagnosed with an intellectual disability and a psychiatric disorder.