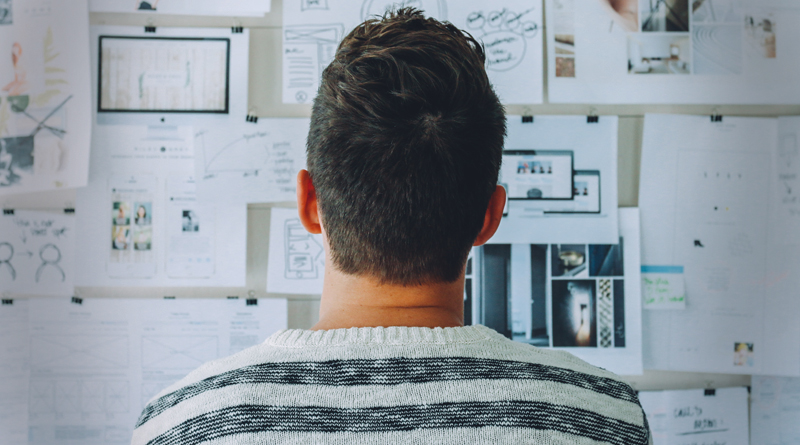 Ever since grade 6, I have had symptoms of OCD. It started with obsessive thoughts — many different and ridiculous thoughts that weren’t rational. When this started I never really knew what it was. I remember back in 1998 in February and March I had a major panic attack about losing my hearing. When I was born I was born half deaf with very little hearing in my right ear, which also affected my balance as well. My equilibrium learned to compensate, as well as my left ear. It’s true that when a person is born or loses a sense that a human would regularly have, other senses are heightened. The human body has a way of compensating for what is not there or has been lost. Sometimes I would suffer from dizzy spells and ringing in my ears when I was young. I would worry about this when I thought something was affecting my hearing, when it could have been nothing at all. It wasn’t until grade 9 or so that I was introduced to a number of medications to help with this. It also wasn’t really until Grade 9 in the first years 3 years of my military obsession that it really kicked into the mainstream of shaping my life.

Back in the early days of my OCD I went through a fear of germs and a hand washing phase. If my hands touched anywhere near a bottle of poisonous material, like brass polish to name a few, I would have to wash my hands. Or even a different substance before eating, such as outside like a chair or table outside, and was coming in, I would need to wash my hands again. I would wash my hands like a surgeon. I still do in some ways. My hands often were like reddish mittens, chapped and red from washing too much. Another major issue with the OCD was things having to be an equal number. Sometimes if I would touch something, and I was having an episode, I would have to touch it twice, or close the door twice, or 4 or 6 times. Family noticed this, My brother would call out to me when he saw me do these rituals. So it certainly was known in those earlier years of Middle school. Growing up with autism, it was just another struggle that I really didn’t know I was going through at the time. This increased as I went through puberty, coinciding with the changes that come with that.

At the time I was waging a war on something that I didn’t know was technically part of myself. This war, was personal and physical in nature as well. It’s one thing to have OCD, but having Autism and OCD is much more complicated.

As my military interest and obsession started in 2001-2002, in the last year of middle school, the OCD symptoms connecting to that probably had already started although I didn’t realize it. With the event of 9/11, as I mentioned in previous blogs, it gave my military interest a major push forward, But OCD had not yet come to play into the military sphere which was growing much faster than before, at least not that I had seen. It wasn’t until grade 9 when the military and OCD became certainly entangled. I wanted to be designing and drawing up new warships instead of doing homework. My mother can agree with this. In Grade 9, OCD — “back checking” in corners as well as doorways — was a major reason to why I was getting into trouble for frequently being late for classes. I was also not used to going class to class on such a regular basis. As I’d mentioned in my last blog, grade 9 was certainly a rough point in my life. I would continually study foreign powers ‘military and capacities across the globe on a very regular basis, including studying nuclear warfare strategy, and “what if” scenarios for the possibility of nuclear war. The Cold War and naval submarining operations were a major focus of the military interest at the time. Today it is a wide range of land, air, sea and strategic warfare and military history that I study, and weaponry capabilities here and abroad. I do about 8-12 or so presentations a year to the local Carleton County schools, from WWI technology, to WWII, Cold War and modern war scenarios.

OCD is engrained in me as much today as it’s always been. In fact after high school, the checking eve got worse. I was always security conscious around the home. Our 77 acre home was really never in danger but I would always dream up unnecessary scenarios. In the summer of 2007 I would be checking the neighborhood, worried about possible problems. But that year, due to my teaching, extreme networking, and extroverted nature, I formed a neighbourhood watch operation which I run still today, on the side lines of the military stuff. I and my family have been friends with most of my neighbours, Jacksontown is a quiet neighbourhood. This in some ways is one benefit that has comes from my OCD. Another is my attention to detail in my model building — it has certainly been refined by OCD and autism. It shows that when the differences are controlled, harnessed in such ways, it allows for it to be an asset. Of course, OCD at its worst can be a hindrance to some of my great work, meaning it uses up time which I could be using to work on more projects. Today it is very much more controlled, with medication.

Back when I was having my second major crisis (I call it the second major Autistic Burnout in 2004) I considered fighting the OCD like in a major military conflict. A year earlier American Coalition forces invaded Iraq, and now they were fighting an insurgency. This certainly was something I was closely looking at. As far as OCD I noticed strategically speaking it flared up in certain areas for a certain amount of time. But if it was cornered and controlled, then it would flair up in other areas. Similar to an insurgency, so I was trying a counter-insurgency operation. At the time I was waging a war on something that I didn’t know was technically part of myself. This war, was personal and physical in nature as well. It’s one thing to have OCD, but having Autism and OCD is much more complicated. One pushes the other, feeds the other. I expanded my activities and journals of documentation on military facts, which helped me to cope with my OCD. During the end of my grade 10 school year I was still recovering and remodeling the infrastructure of my work at the time. Many of us autistics are thought to be in our own world, I certainly was an example of that fact. I had become transfixed on some of the things I was working on sometimes. I had packs of files, books, and movies that I didn’t want touched or moved or I would have an anxiety attack. During these hard times I was fighting what I didn’t know at the time, was a part of myself as I have mentioned before, like a dog stepping on it’s own tail, or a friendly fire incident during war time.

Over the years have had many times when the OCD got worse and flared up. Through them I’ve learned many things can contribute to OCD in negative ways, such as:

All these are contributing factors. As 1 in 5 Canadians suffer from some kind of mental Illness, society needs to be more open when it comes to OCD and other disorders. With me, the combination of autism and OCD can both hinder or can help. It has made situations more complicated, understandably, but not without learning.

Share on FacebookShare on TwitterShare on Linkedin
Aaron Bouma

Bob Sornson, Ph.D. discusses what competency based learning is, and how it could help neurodiverse children succeed.

Autism mom Wendy Lyman looks at the need for community around the GI complications and diseases that often co-occur with ASD.

People who love narcissists are starved for expressions of love. But, narcissists are capable of giving them? Darlene Lancer, JD, MFT answers that question in this article.