One Teacher’s Journey Towards Autism Awareness

Last week, I was moderating a zoom training when I saw him. The presenter was showing a video from the Flutie Foundation when one of my former students, “Brian,” appeared in the screen. He was face-down on a swing, spinning in circles while clutching a tattered Kermit doll. I thought back to the business card I still had tucked in my wallet, a token his mother had given me years ago.  On the card was a picture of my student, and a series of tips for interacting with him. “[Brian] has autism. For [Brian] this means that he cannot converse with you …[Brian] is hypersensitive to sound…When upset, [Brian] will get loud, and his voice will reveal his angst. [Brian’s] favorite calming strategies are to be with Kermit, to write, and to draw.”

I last saw Brian six years ago, on his graduation day. I had been his teacher for nearly four years and yet there we were, on our final day together, enjoying his graduation party at The Olive Garden. I remember getting in my car at the end of the dinner and watching Brian charge across the parking lot with his parents in tow. Tears sprung to my eyes as I witnessed someone that I had spent years with, someone that was one of the greatest teachers of my life, taking on a new chapter – adulthood – without me. I wondered, in the moment, if I would ever see Brian again. Until that day on zoom, I hadn’t. And there he was, six years later, bringing tears to my eyes once again.

I was privileged to work with dozens of students on the spectrum over the course of my career. Each one has left an indelible impression that will endure for the rest of my life. My students allowed me to walk beside them for a part of their journey, and taught me countless lessons about humanity, strength, and courage. With each student, as they graduated or moved on, I wondered if I had done enough, and if those that were taking my place on their journey would understand their needs.

In 2018, I chose to leave the teaching profession. I left, not because I didn’t love being a teacher, but because I felt as though I was spending less and less time with my students. I was going to meetings, I was completing paperwork and assessments, but the direct teaching that I fell in love with so many years ago was virtually gone from my daily experience in the classroom. When friends and family asked me what my next career move would be, I shrugged. “I’m meant to teach people with autism. But the job I’m meant to do doesn’t exist anymore.”

At the height of the pandemic, I accidentally stumbled upon a job posting for Training Manager at The Autism Project© (TAP) in Johnston, Rhode Island. It seemed, as the old adage warns, “too good to be true.” I would spend my days learning about autism, and then teaching other people what I had learned? A job like that couldn’t possibly exist! I spent the entirety of that weekend meticulously crafting an impassioned cover letter, and anxiously awaiting TAP’s reply. A month later, I sat down in my new office at The Autism Project© and dove into the training materials. Within days, I realized how much I did not know about autism. The crippling guilt of that realization consumed me.

I start every training at The Autism Project with this statement: “I have a master’s degree in special education, but my master’s curriculum barely touched on autism. Over the course of my career, ninety percent of my students were on the autism spectrum, but I was supporting those students without knowing most of the information that I’m about to share with you.” How had I spent so much of my life with autistic people, and yet known so little about how they experience the world? I began to voraciously seek the counsel of self-advocates, either by watching their lectures, attending their conferences, or speaking with them directly. In each of those instances, I would brace myself for the inevitable gut-punch I would experience as they described the challenges and traumas they faced as a direct result of being misunderstood by neurotypical people. I would wake in the middle of the night wondering not if, but how often, I had misinterpreted the actions of my students, had given them the wrong supports, or had left them feeling misunderstood in difficult moments.  I was walking the road with them, convinced that I was clearing obstacles from their path. In retrospect, I now realized that I was, at times, unintentionally placing additional hurdles before them.

I cannot go back in time and redo all of those years of teaching. I cannot take down all of the artwork on the walls that was overstimulating to my students. I cannot return to those early years and implement more visual supports or make their days more predictable. What I can do is teach others what I now know – every teacher, every doctor and nurse, every judge and lawyer, police officer and firefighter, every business owner and community worker.  I can spend my career studying, and interviewing, and listening, and sharing new truths as I learn them. I thought I would spend my life as a teacher, but in truth I’m spending it as a student. Perhaps, in my role as the training manager, I will encounter those that are now supporting Brian on his journey. I will pass, to them, the knowledge and insights that I have gained in the years since that final day at the Olive Garden. By sharing what I have learned from my many great teachers with autism, I can hope that those walking with Brian on the next leg of his journey can not only see the world through his eyes, but also provide him the tools he needs to thrive on the road ahead.

Note: I utilize both person-first and identity-first language in this essay in order to recognize people of both preferences. 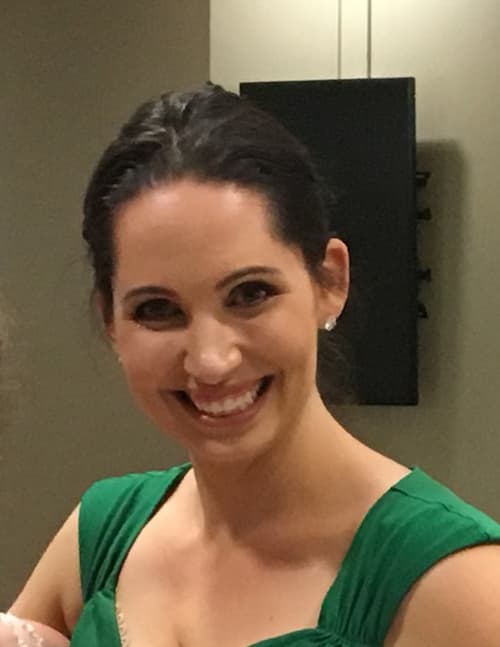 Ariana DeAngelis is the Training Manager for The Autism Project©. She has BA in Developmental Psychology and a master’s in special education. Previously, Ariana worked as a special education teacher both in the United States and in Italy. Ariana refers to her role at The Autism Project as her “dream job” because she has the opportunity to learn about autism from the people who live it, and then to take what she has learned and to share it with the world. Ariana and her colleagues have written and conducted trainings across the US, Canada, South Africa, Eswatini, and South Korea.

Darlene Lancer discusses the mental health strains that can be caused by relationships with people exhibiting narcissism.

Mathew Ryan Morin continues his look at ways to improve learning, with a focus on personalized education.