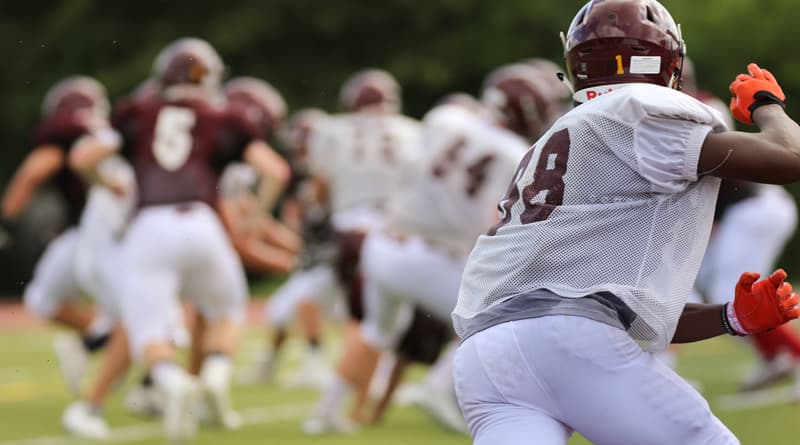 University regents speak out for concussion awareness in football

Regents at the University of Colorado spoke openly against a newly hired coach who supports a style of football linked to an increased incidence of concussions. They even went so far as to vote against the approval of his multi-million dollar contract due to comments he made about the appropriateness of a violent style of play.

In December, the University of Colorado recently hired Mel Tucker, former Defensive Coordinator at the University of Georgia, as their new Head Coach starting in the 2019 college football season. At his introductory news conference, in addition to some well-received coach-speak of winning and high expectations, Tucker made some comments regarding his preferred style of play that raised the eyebrow of a few university officials.

The problem with this statement is that Tucker’s pedigree, particularly that of his time as Defensive Coordinator at the University of Georgia, has led to a number of his former players who suffer from severe post-concussion problems. In addition, at least a half-dozen of his former players, many of whom played in the NFL, fell victim to suicide.

This prompted two university regents to disavow these comments and vote against Tucker’s five-year, $14.75 million contract. Linda Shoemaker, one of the dissenting regents, spoke about how sher arrived at her current mindset regarding player safety in football. “I really thought at first that we could play football safely with better rules and better equipment; I drank the Kool-Aid,” she stated. “I can’t go there anymore. I don’t believe it can be played safely anymore. I want these young men to leave C.U. with minds that have been strengthened, not damaged.”

John Kroll, the other regent who voted against Tucker’s contract, had this to say: “We should move in the direction of offering lifelong insurance and medical care for football players who become badly damaged, but to do that is an implicit acknowledgment this game is incredibly dangerous to play.”

Encouraging safety precautions on the field

Shoemaker and Knoll aren’t the only university officials speaking out in the name of player safety and the outright recognition of the effects of unnecessarily violent football play-style on long-term brain health. For instance, while many people believe that better safety equipment would reduce the incidence of traumatic brain injuries, Dr. Sherrie Ballantine, physician at the the University of Colorado Sports Medicine and Performance Center and Assistant Professor at the the University of Colorado School of Medicine, thinks otherwise. “The more you pad a player, the more aggressive and stupid they play,” she said in reference to the perceived safety of better equipment. “We’re better off padding the goal posts.”

This echoes the sentiments of Ryan Miller, former Offensive Lineman at the University of Colorado, who suffers from migraines and other symptoms due to traumatic brain injury ostensibly from his time at the University of Colorado. He believes that better helmets mostly make players feel like cruise missiles. This also mirrors the viewpoint of Bob Carmichael, a former Safety at Colorado, who has issued a call to arms for player safety advocacy in football and even won a Sports Emmy for his documentary “Football in America”. Carmichael had this to say on the topic: “I try to tell players that risking your future when you are in your early 20s is a stupid concept that many players, myself included, regret.”

Shoemaker, herself a former journalist, took a number of trips down to the football field to watch practice. She recalls both the sights – and sounds – of what she noticed there, “It’s frightening to hear the hits.” She continues, “We have physicians there, but they all work for the university and they are very much in favor of football.”

She later added: “Hard hits lead to head trauma, and that makes lives more brutal. I can’t do this anymore. I don’t think the game can be played safely,” and has also told fellow regents “Football as played in America is a brutal 19th century sport that is highly destructive to the human brain… I don’t believe it has a place in the academic enterprise that is the University of Colorado.”

Positive steps by the University of Colorado

Thankfully, Colorado University has at least taken some steps to ensure player safety. For instance, in addition to the standard on-field physicians, they also have spotters in the stands checking for any players who appear shaky due to hits that the coaches may have not picked up on. They also limit the number of full-contact practices where players tackle and hit as opposed to soft contact such as two-hand touch.

Furthermore, to his credit, Tucker did have this to say in the same press conference: “The staff, I can’t promise you that I’m going to bring in every guru, X and O guy that there is. The one thing that I promise Rick [George] is that first and foremost, we will bring in, we will have coaches on our staff that have the highest integrity and the highest amount of character. They care about young men, that are going to love young men, and they’re going to treat these young men like our own, like our own sons.”

With that in mind, hopefully the work of university officials like Linda Shoemaker and John Kroll, in addition to the advocacy of former players like Ryan Miller and Bob Carmichael, can help bring about real change in the culture of implausible deniability of the risk of traumatic brain injury in football and help make the game safer for everyone through the reduction of concussions, chronic traumatic encephalopathy, and other traumatic brain injuries in the game of football.

Community Replaces Stolen Bike for Child with Down Syndrome

In the Chicago community of Logan, a mother's despair quickly turned into gratitude all thanks to her neighbors.