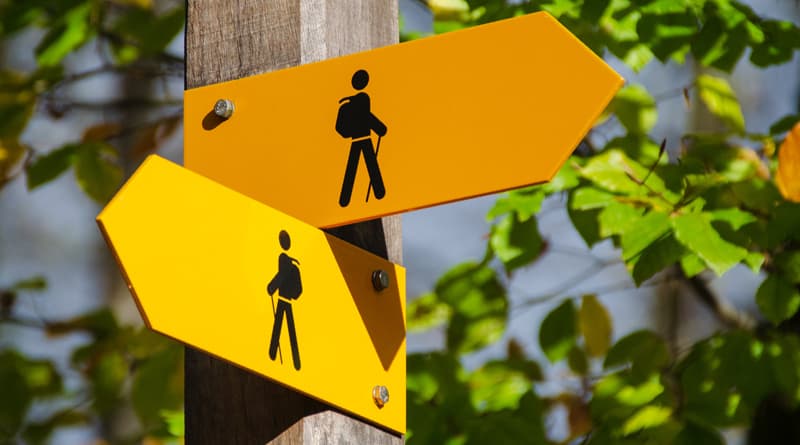 If you are like me, an autistic that is dealing with anxiety, dealing with a strained mind at times, you are far from alone. Does uncertainty give you anxiety? For me, it does, on a number of things. For instance, if there is a military event in my area and people will not give me details about it, or what’s happening, that is a trigger point for me. (This is an example.) Why? As my main special interest, the military is also linked in with my OCD (Obsessive Compulsive Disorder), it is considered a trigger point for anxiety as well. There are different trigger points for different people. Remember, uncertainty is part of life. But just like me, you know that. Why are we so vulnerable to thinking this way? I think it has to do with our ability to process thoughts and our imagination, that we are so good with.

Yes, it sucks. Anxiety sucks. Autistics have been known to have trouble with uncertainty. It sometimes creates fear for anxiously autistic people. I serve as a military specialist for Carleton County. Sometimes people have had problems with that or don’t understand the operations I perform, partly due to ignorance or due to the difficult scenarios in their own lives. People do not see past the box when it comes to autism and anxiety as a whole. We don’t deal well with this uncertainty because sometimes we are thinking about the “what ifs” –  what if that happens, what if this happens. Sometimes we get a negative attitude when trying to make something positive. Or, sometimes when we’re trying to find out something, it spins in our heads, creating negative energy, as well as internal ableism, which is very hazardous for our mental health.

How do you deal with uncertainty? Is it something that just goes away overtime? Do you deal with it head-on like I do? It takes a lot of courage and energy to deal with situations like this head-on. If you deal with anxiety while talking on the phone or have difficulty asking questions due to anxiety, I understand some of what you’re going through based on experiences from my past. Don’t get me wrong, I like talking on the phone, but calling certain people does give me anxiety. For some of us, it might be much more severe.

Dealing with difficult experiences for me has been a challenge. Days afterward, I would still be reminiscing and dwelling on the situation, and it brought my mental health down. If you’ve had trouble focusing afterward, that sounds similar to my experience. I was also diagnosed with OCD at a young age, which helped me learn what it was, but also the mixture of autism and the experience coming with it. OCD was a learning experience. How did I learn? I learned what the triggers were. Which fueled anxiety and then anxiety fueled the compulsion. OCD and autism together can be extremely exhausting as you may know. It doesn’t mean you can’t explain it, talk about it. Channel it. I have attempted a number of tricks to assist in helping with the anxiety.

TOOLS FOR CALM DURING UNCERTAINTY

Some things that have helped me are going for a run, exercising, working on projects, and listening to special music. This special music comes from an app called Brain FM, which has music to help you focus, relax, sleep, and meditate. It has a lot of helpful tools and may help you as well. Focusing while building projects is very important. For safety as well as productive reasons as well. Same goes for many things in life. Another trick is Water, drinking a lot of water during a struggling moment, can help drain certain chemicals from your body. Another possibly helpful aspect that is natural, is sleep. When I don’t get enough sleep it affects the severity of OCD and or anxiety. Another thing I tried was Holy Basil, a natural remedy you can get in a pill form. Taking it every night before you go to bed can help but it might need to be consistent. What it can do is null the anxiety and help bring your stress level down.

On an average day my anxiety is between 4 to 5- 10 being the highest, one being the lowest. Sometimes, I am at two or three. On a standard day, if I’m worried about something, it’s usually at five or six. Many autistics with similar anxiety disorders can relate to periods of high stress, which can trigger anxiety problems for a period of time. You are not alone. Don’t ever think you are alone. Reach out because uncertainty is a problem for a lot of us at times.

Ali, 21, shares his story about dealing with the coronavirus pandemic and how having ADHD and OCD has played into his experiences with quarantine.

We Are Parents & Caregivers Of Neurodiverse Children

By Britt-Mari Sykes Ph.D. We are parents and caregivers who love, support, cheerlead, comfort and accept…