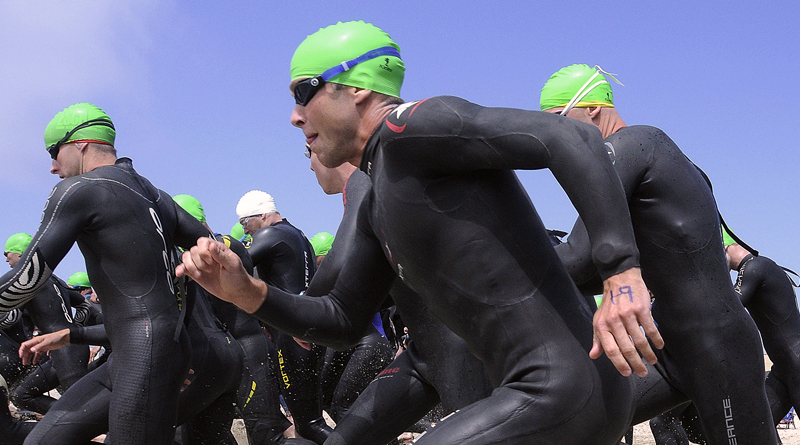 Kyle Hagemann has been coping with Tourette syndrome and OCD for his entire life. Recently, Hagemann has been coping with his condition in a rather unusual way: triathlons. On July 24, 2014, he crossed the finish line of IRONMAN Lake Placid in 15 hours, 30 minutes, without any real training beforehand aside from 4 months of yoga. Hagemann says that completing the IRONMAN was an important step in his detox process of coming down from the heavy medications he has taken since age 11.

Now 32 years old, Hagemann faced difficulties from his conditions since his early school years. His Tourette’s made him the target of bullying and discrimination from his fellow students, and the medications he had to take made it nearly impossible to focus on schoolwork. “I couldn’t get through school without yelling,” he says. They also caused him to gain massive amounts of weight, and at 5′ 8” he weighted 280 pounds. He was dismissed from college after a single semester because of his neurodiversity and was advised to give up on higher education and bag groceries for the rest of his life. Instead of accepting defeat, he transferred to Long Island University, where he met his now-wife Courtney. Courtney was working for a nutritionist who suggested that Hagemann try using supplements to transition away from his heavy medications. Despite his family’s concerns, with the aid of his psychiatrist, his yoga instructor aunt, and dieting, Hagemann not only tapered off his medications, but he also lost 105 pounds, bringing him down to a healthier weight of 175 lb.

Before taking the challenge of completing an IRONMAN, Hagemann had participated in a number of marathons since 2006, even when he was overweight, completing three of them in the year leading up to his first IRONMAN. During the triathlon, he suffered a panic attack in the water, fell off his bike, and cramped up on the run, but managed to press on each time. “Without yoga I couldn’t have done it,” he claimed. “Sure, having the flexibility of muscles helped and perhaps my body benefitted more from water when I cramped, but having that mindset and calmness from yoga was more important.”

Hagemann finished the 2015 IRONMAN with times similar to his 2014 results, but more recently has only participated in sprint triathlons. He has expressed hope to return to long-distance events. Due to his regimen of yoga, diet, exercise, and abstinence from alcohol, Hagemann hasn’t displayed symptoms of Tourette’s for years. He is currently employed as a personal trainer and IRONMAN coach, and hopes to become a professional competitor.

Just over two years from now, the world will see the Special Olympics held in a Middle Eastern and North African (MENA) region for the first time – Abu Dhabi, the capital of the United Arab Emirates (UAE), to be exact.