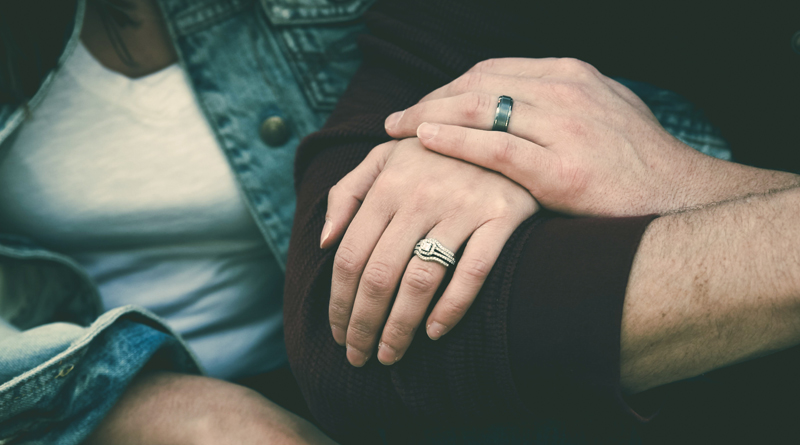 The term codependency has been around for almost four decades. Although it originally applied to spouses of alcoholics, first called co-alcoholics, research revealed that the characteristics of codependents were much more prevalent in the general population than had been imagined. In fact, they found that if you were raised in a dysfunctional family or had an ill parent, it’s likely that you’re codependent. Don’t feel bad if that includes you. Most families in America are dysfunctional, so that covers just about everyone, you’re in the majority! They also found that codependent symptoms progressed in stages and got worse if untreated, but the good news was that they were reversible. Here’s a list of symptoms. You needn’t have all of them to qualify as codependent.

Not feeling that you’re good enough or comparing yourself to others is a sign of low self-esteem. The tricky thing about self-esteem is that some people think highly of themselves, but it’s only a camouflage for really feeling unlovable or inadequate. Underneath, usually hidden from consciousness, are feelings of shame. Some of the things that go along with low self-esteem are guilt feelings and perfectionism. If everything is perfect, you don’t feel bad about yourself. (See my blogs on shame and perfectionism.)

It’s fine to want to please someone you care about, but codependents usually don’t think they have a choice. Saying “No” causes them anxiety. Some codependents have a hard time saying “No” to anyone. They go out of their way and sacrifice their own needs to accommodate other people. (Learn more about people-pleasing.)

Boundaries are sort of an imaginary line between you and others. It divides up what’s yours and somebody else’s, and that applies not only to your body, money, and belongings, but also to your feelings, thoughts and needs. That’s especially where codependents get into trouble. They have blurry or weak boundaries between themselves and others. They feel responsible for other people’s feelings and problems or blame their own on someone else. (Learn about boundaries.)

Some codependents have rigid boundaries. They are closed off and withdrawn, making it hard for other people to get close to them. Sometimes, people flip back and forth between having weak boundaries and rigid ones.

A consequence of poor boundaries is that you react to everyone’s thoughts and feelings. You might take things personally and get easily triggered. If someone says something you disagree with, you either believe it or become defensive. You absorb their words, because there’s no boundary. With a boundary, you’d realize it was just their opinion and not a reflection of you and you don’t feel threatened by disagreements.

Another effect of poor boundaries is that if someone else has a problem, you want to help them to the point that you might feel guilty if you don’t and give up yourself in the process. It’s natural to feel empathy and sympathy for someone, but codependents start putting other people ahead of themselves. In fact, they need to help and might feel rejected if another person doesn’t want help. Moreover, they keep trying to help and fix the other person, even when that person clearly isn’t taking their advice. For some codependents, their self-worth is dependent upon being needed. (Learn the difference between healthy care-giving and codependent caretaking.)

Control helps codependents feel safe and secure. Everyone needs some control over events in their life. You wouldn’t want to live in constant uncertainty and chaos, but for codependents, control limits their ability to take risks and share their feelings. Sometimes they have an addiction that either helps them loosen up, like alcoholism, or helps them hold their feelings down, like workaholism, so that they don’t feel out of control in close relationships.

Codependents also need to control those close to them, because they need other people to behave in a certain way to feel okay. In fact, people pleasing and caretaking can be used to control and manipulate people. Alternatively, codependents can be bossy and tell others what they should or shouldn’t do. This is a violation of someone else’s boundary.

Codependents have trouble when it comes to communicating their thoughts, feelings and needs. Of course, if you don’t know what you think, feel or need, this becomes a problem. Other times, you know, but you won’t own up to your truth. You’re afraid to be truthful, because you don’t want to upset someone else. Instead of saying, “I don’t like that,” you might pretend that it’s okay or tell someone what to do. Communication becomes dishonest and confusing when we try to manipulate the other person because of our own fear.

Codependents have a tendency to spend their time thinking about other people or relationships. Often, they try to decipher what someone else is thinking or feeling and why. This is caused by dependency on others and anxieties and fears about being rejected, due to shame. For the same reason, they can become obsessed when they think they’ve made or might make a “mistake.” (Read more on obsessions.)

Sometimes you can lapse into fantasy about how you’d like things to be or about someone you love as a way to avoid the pain of the present. This is one way to stay in denial, discussed below, but it keeps you from living your life.

Codependents need other people to like them to feel okay about themselves, and they’re afraid of being rejected or abandoned, despite the fact that they can function on their own. Other codependents need to always be in a relationship, because they feel depressed or lonely when they’re by themselves for too long. This trait makes it hard for them to end a relationship, even when the relationship is painful or abusive. They end up feeling trapped. Learn the difference between codependency and interdependency.

One of the problems people face in getting help for codependency is that they’re in denial about it, meaning that they don’t face their problem. Usually they think the problem is someone else or the situation. They either keep complaining or trying to fix the other person, or go from one relationship or job to another and never own up the fact that they have a problem.

Codependents also deny their feelings and needs. Often times, they don’t know what they’re feeling and are instead focused on what others are feeling. The same thing goes for their needs. They pay attention to other people’s needs and not their own. They might be in denial of their need for space and autonomy. Although some codependents seem needy, others act like they’re self-sufficient when it comes to needing help. They won’t reach out and have trouble receiving. They are in denial of their vulnerability and need for love and intimacy.

By this I’m not referring to sex, although sexual dysfunction is often a reflection of an intimacy problem. I’m talking about being open and close with someone in an intimate relationship. Because of shame and weak boundaries, you might fear that you’ll be judged, rejected, or left. On the other hand, you may fear being smothered in a relationship and losing your autonomy. You might deny your need for closeness and feel that your partner wants too much of your time; your partner complains that you’re unavailable, but he or she is denying his or her need for separateness. (See my blog on The Dance of Intimacy.)

Being rejected or abandoned

Being close and feeling trapped

All of the symptoms lead to feelings of anger and resentment, depression, hopelessness, and despair. When the feelings are too much, you can feel numb.

There is help for recovery and change. The first step is getting guidance and support. These symptoms are deeply ingrained habits and difficult to identify and change on your own. Join a Twelve Step program, such as Codependents Anonymous or seek counseling. Do the exercises in my books, Conquering Shame and Codependency: 8 Steps to Freeing the True You and Codependency for Dummies and my ebooks, 10 Steps to Self-Esteem and How to Speak Your Mind – Become Assertive and Set Limits to build self-esteem and become more assertive.

This piece was originally published on Darlene’s website here, and is reprinted with her kind permission.

Was Joseph on the Spectrum?

How Resilient Are YOU?

Jackie M. Marquette Ph.D. discusses the importance of resilience, and presents a simple guide finding out how resilient YOU are.