A Super Bowl half-time commentary on my life

The only thing that has really interested me about the Super Bowl since I began watching it in 2012 with my family is the food. Pork sliders, chicken wings, gumbo and sundaes can really liven a dark, cold January evening. I grew up in a small Canadian university town that ate, drank, slept and breathed hockey. My high school did not even have a football program so the university had to recruit its players from central Canada, New England and beyond.

Something happened during Super Bowl 2019. I discovered what draws viewers to the championship game as much as the food: the commercials! I watched a Microsoft ad entitled “We All Win” featuring Owen, a boy with varying physical abilities, gaming with his friends due to Microsoft’s Xbox Adaptive Controller. Another young gamer among the group reflected on his feelings prior to the addition of this adaptive element. “I just thought, ‘Hey, this is the way it is and it’s not going to change.” Interestingly enough, that is how I had always felt, like I was an observer, not fully able to “play” and that was just the way it was. In my case though, the game was my life.

A lifetime of feeling “different”

I was always “different.” I internalized based on reactions and comments, that there was something “wrong” with me. This view was mostly based on my thoughts and interests and how I communicated and interacted with my peers. My wildly crooked teeth and pudgy frame did not raise my ranking on the likability chart. The wide variance in my school marks only exacerbated my feelings of insecurity and loneliness. I tried my best to fit in but there was just no acceptance of a precociously verbal girl with an inquiring mind, known to her father as the little juggernaut who liked discussing and debating politics and current affairs since she drank milk from a bottle.

My family did not aid in my desire to be part of the mainstream. I was the youngest of ten siblings with older than average parents. When I was eight, my mother moved to Toronto to pursue a (second) Masters at the Ontario Institute for Studies in Education. My father remained at home and served as provider and parent. This helped instill early the notion of equal opportunity but it also created a void in my life. It was paired with the onslaught of sudden, severe health issues that burdened my family for years. I blamed it on a curse that had struck. The traumatic episodes from these experiences seeped into my body. The output was anxiety and confusion leading me to struggle both academically and socially, leaving me marginalized. I craved acceptance and understanding even if it was only to be in the form of temporary relief from my daily life. The activities we explore in search of escapes of temporary acceptance are not always the best for us. In fact they often only cause more harm than good- if not in the short term, than definitely in the long term. That was not something as an adolescent I could have predicted.

The good amongst the challenging

Life can have a way of ensuring wonderful opportunities emerge during challenging circumstances and this happened in 1986 with the entry of my first boyfriend, later husband. Our relationship lasted a decade, through high school and university completion and the first stages of careers. We had a son in 1988 and although we had to admit we were not yet able to raise him we have each enjoyed the good fortune of having a relationship with him since he was five. My first experience of motherhood was outside the mainstream pattern and yet again I felt that everything about my life was going to be unlike my contemporaries. When Steven told me he was leaving me and we subsequently separated, I mused if I was ever going to relate to my age group. If I had felt twenty at eight, I felt fifty-two at twenty-six. 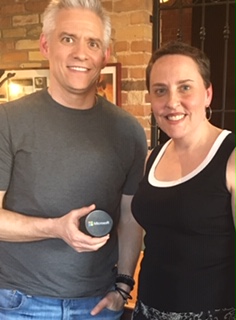 Wanda giving Mike Lake, Member of Parliament from Alberta/Autism Advocate a Microsoft puck as a gesture of gratitude for his time and advice. Also, a symbol of #inclusionanddiversity given Microsoft is a member of the #valuable500

A few months later a man named Ryan appeared in my life. It was love at first sight. No one made had ever made me laugh like Ryan. Through the exhaustion of children, inconveniences of five home renovations, frustrations of graduate school, demands of careers, and passing of parents, Ryan could always, always make me laugh. In fact, the perception from others for more than ten years was: they are so happy and don’t they have it together. Then why was there always this reoccurring fear of it all being taken away? Waiting for the next bad thing to happen? Going to worst-case scenario? Thinking that I was not good enough and if I could just be like (insert person) in this way (insert talent, skills, position) life would be better. I had such tunnel vision that I was more focused on walking a straight line than living my life – “Wanda’s life” – as a mother, wife, friend and professional in the way I was made to. All I had ever known was that I was different/wrong/cursed. I lived in fear and in response, as a means of protection I was living four completely separate and distinct lives. Each new life had brought with it a thicker wall to cover the previous layer and everything that had happened during it.

When the walls came down

On Friday, May 12, 2017 the combined weight of the walls was finally too heavy to maintain, causing them to collapse and resulting in a complete breakdown in front of my then supervisor. As they observed it they commented: “I am concerned about you in the long-term.” I quickly processed those words: What? Long-term? A voice inside my head said: “if this is your long-term than this is your kids lives.” I fought back. NO. And for the first time in my life I actually admitted that I lived going from thing to thing and being fearful of what was lurking around the next corner. Ironically, the enemy was me.

Diagnoses and a new dawn

I was diagnosed with ASD and PTSD in July, 2017 and today I am an #openlyautistic mother of two sons who also have #ASD. Ryan still makes me laugh (even when he doesn’t say anything) and Adrien, our fifteen year-old son and fiercely loyal Chiefs fan, keeps me appraised of every football statistic, trade, injury and game score imaginable. Rene pretty much rolls with the punches. Due to all of this I feel the sky is limit for the activities we can enjoy and the fun we can have together. I can tell they feel that when the family’s quarterback is this happy, we all win. And yes, we may even drive to Detroit this September to see the Chiefs visit the Lions.

Focus on yourself, including by immersing yourself in activities that you enjoy and lift your energy and spirits. Develop a circle of trusted confidantes who are forward thinking, believe in you and build your confidence. Seek professional advice and in tandem with your health advisors develop a protocol that best suits your health needs in the short and longer term. Smile, relax and laugh. No matter what happened today, tomorrow brings a new dawn. 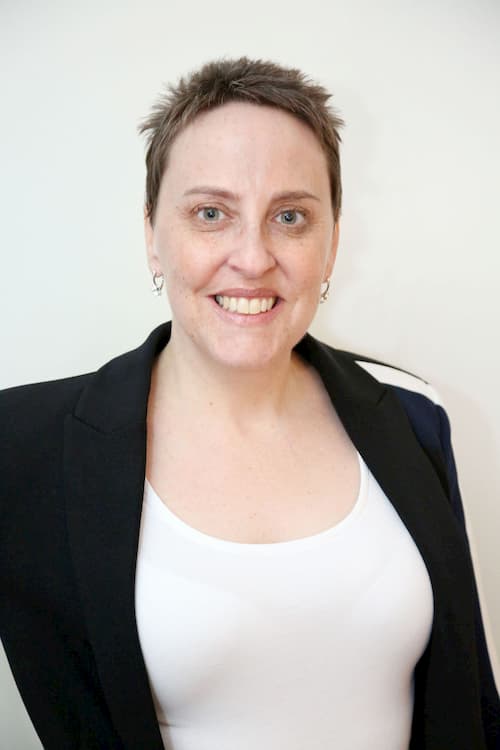 Now in Waterloo, ON Wanda Deschamps is founder and principal of Liberty Co – a consultancy for non-profits with charitable status. When not spending time with friends, following the Pittsburg Penguins, exercising or reading about history, biographies or current affairs, she is a champion for inclusivity, with special focus on neuro-diversity and gender equity issues. Wanda is a skilled advocate for advancing and achieving gender balance in non-profit leadership and in elected representation. She is always open for a friendly debate about a variety of issues, preferably over a strong cup of coffee, and accompanied with a homemade fruit dessert.

Donna Levin discusses The a Word, a British television series that recently debuted in the United States.

Self-advocate Ross Edelstein discusses the concept of "cultural special education", and how it can be beneficial to the neurodivergent community.

The Role of Exposure to Neurotoxic Chemicals in Neurodiversity