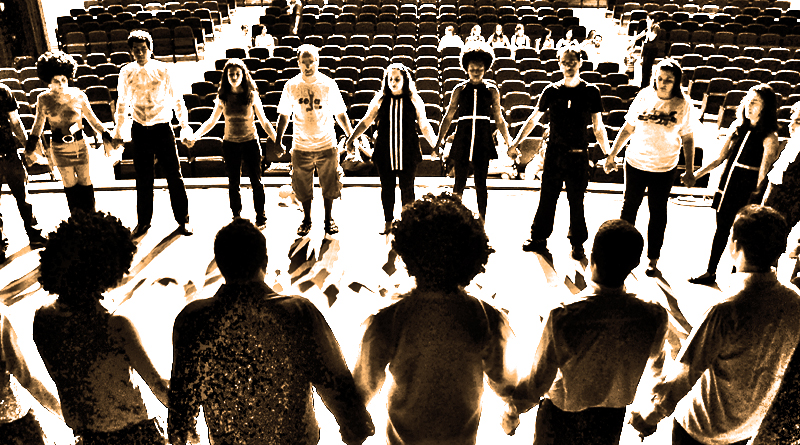 If you would have asked me twenty-five years ago what I would be doing today, I most likely would have told you I’d be retired, sitting in front of an artist’s easel overlooking the mountains or the beach, surrounded by cats. The correct answer wasn’t even on my radar. But when I became a grandmom, my first, a little boy, my daughter’s child, our lives were forever placed on a different path. Twenty-five years later, I run an organization that works with autistic people through the principles of improv.

We noticed something a little off kilter when Jamie was just a toddler – I remembered the milestones of my own two children, and Jamie was not reaching them in the way I expected. He was diagnosed with autism at age two and a half and our family became pledged as members of the autism community.

I was fortunate to be a significant part of Jamie’s childhood anyway, but when he was twelve, his parents divorced. My daughter and Jamie permanently moved back home with us, and my husband and I were now second generation parents with the plot twist of autism. 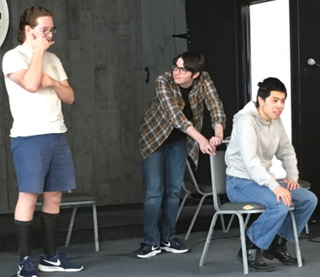 James, as he will now correct you, loved scripting, acting, and performing. A children’s theater summer program seemed just what he needed, and he happily enjoyed the experience. But, ultimately, his autistic behaviors found us searching for another performance outlet for him. Ideally, it would be an activity that nurtured his creative energy and would also address his social challenges – and be understanding and accepting of his quirky behaviors. There really wasn’t anything around that I could find at the time, so I began a quest.

Not being a theater person, I looked for types of theater that wouldn’t require memorization and would encourage him to think outside his little box. Then I discovered improv. I used to enjoy Whose Line Is It Anyway. Fun to watch, but I didn’t dig beyond a superficial understanding of improv. As I read about improvisational theater, I immediately saw a beautiful dovetailed connection. Everything that James needed in his social understanding was right at hand in the form of improv. Adapting to change, dealing with the unexpected, developing context, adding to the conversation, listening and responding, accepting others’ ideas, teamwork. 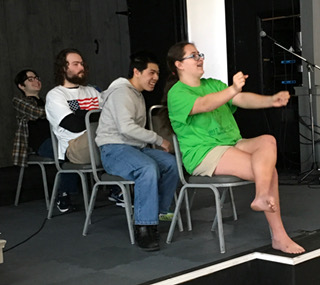 I spent many late evenings searching online for improv program models that worked specifically with autism, and nothing turned up. So, I decided to create a program. I found a talented local improv theatre owner who came on board with this concept and developed our first Shenanigans “Say Yes” summer camps in 2009. They resonated with our families, and an after school Shenanigans class soon followed. Then another, and another. I increased our teaching staff, and through the years, Shenanigans developed a fairly solid presence throughout our metro Atlanta area. We didn’t, and still don’t, have our own space. We continue to meet in hosted locations, schools, and church community rooms. We also embed in other organizations in service to our autistic population.

As James grew toward adulthood, I could see areas of further need. In 2012, we launched Code Breakers. Targeted to college-bound young adults and those headed to the competitive workforce, we developed a curriculum to combine improv and role play with facilitated debriefing conversations. We cover a topic in depth over a period of weeks that addresses real life scenarios typical of the work place or campus, extended community life, and close relationships. We actively use this approach in our work with clients of vocational rehabilitation agencies and in the Georgia Tech Excel post-secondary inclusion program.

We incorporated as Autism Improvised and became a nonprofit in 2015. Our intent is to provide a way for someone with autism to cope with and relate to a social universe that can be confusing to navigate. While those of us who learned to read between the lines of social behaviors did so innately, it doesn’t come so easily to our autistic improvisers. But we can teach them. Our hope is that they will gain self-confidence, develop friendships through our activities, and have a safe, supportive place to try out their honed social interaction skills. If they fall, we’re a safe place to land. When they take off, their world awaits. 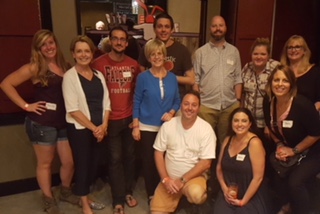 Share on FacebookShare on TwitterShare on Linkedin
Sandy Bruce

Sandy Bruce firmly believes that when she follows her passion, she will never truly retire. She lives in the north Atlanta suburbs with her husband, daughter, and her now 23-yr-old grandson James, three cats and a dog. She is founder and executive director of Autism Improvised, Inc., and is surrounded by a dedicated and exceptionally talented core teaching team of five, including theater folks, therapists, and special needs educators. Recently, Autism Improvised has started offering webinar training for others interested in working with the autistic population through improv. In her spare time, Sandy is a health and wellness coach, and in her spare spare time, she plays the piano and ukulele.

Ali, 21, shares his story about dealing with the coronavirus pandemic and how having ADHD and OCD has played into his experiences with quarantine.

A Doctor’s Journey Towards Integrative Medicine

Mark A Vacker, M.D. discusses how a personal medical crisis led him to understand the value of integrative medicine.