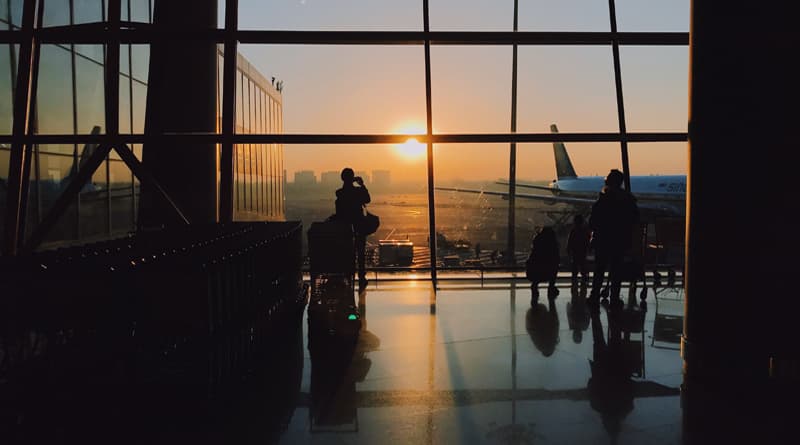 The Challenges of Air Travel

Airports are loud, crowded, high-energy and chaotic. Anyone living with autism and has had to go through an airport knows how difficult it can be, sensory-wise. The stimulation sometimes is far too much; by the time you’re entering the plane, your loved one is already exhausted and frustrated, to the point of possible meltdown at any moment. Airlines, airports, as well as tourist attractions and local hotels are beginning to realize how few accommodations exist for the neurodiverse, and are seeking solutions to help the neurodivergent, as well as those around them, fly more comfortably. One of the groups at the forefront of making that change is the Pittsburgh International Airport, who made a big change after a concerned worker thought of what worked for his own son- building a sensory room.

Jason Rudge is a heavy-equipment operator at the Pittsburgh International airport, as well as a hard-working father for his 2-year-old son Presley, who happens to be diagnosed on the spectrum of autism. After realizing Presley had difficulties in his preschool readiness group, Jason took the teacher’s suggestion of constructing a “sensory room”, a therapeutic space specifically designed to help develop a person’s senses, by means of music, lighting, texture, etc. A safe space, so to speak, for someone with autism to retreat to when the outside world is too stimulating. In Rudge’s words, “It just worked immediately,” helping prepare his son to interact with other children. Then he began to think about the airport he works at and the thousands of kids that could use something similar to prevent over-stimulation. So he contacted Pittsburgh International’s CEO, Christina Cassotis, in May of 2017 to do something about it. “As we know, an airport can be a fast-moving, busy and loud environment,” he wrote, “I also believe that if Pittsburgh International Airport had a sensory room, it would ease the minds of customers knowing that there is a place for their children to go if needed.” Rudge’s- message was well received, and had gotten far more than he could have dreamed of.

As of Wednesday, July 24th, 2019, “Presley’s place” was open and available to anyone needing a sensory safe space- a 1,500-square-foot space that includes a transitional entrance, separated rooms for both families and individuals, even an “airplane experience” that features a cabin, seats, overhead bins and a jetway to prepare the neurodiverse for the real thing, with an area for the adults to boot. The new space is catching the eye of other locations, hotels and tourist attractions, as a prime example of what can be done to assist this population. 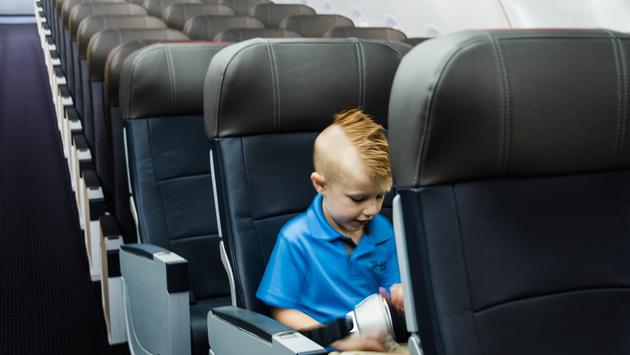 Yet Pittsburgh International certainly isn’t the first. In 2016, Hartsfield-Jackson Atlanta International Airport opened their own multi sensory room to assist children on the spectrum. A year later, Shannon Airport in Ireland made the same move. Some airports are taking into consideration other conditions, one being the Gatwick Airport in London, creating a space in 2018 to accommodate those with autism, dementia, or other forms of cognitive disability. Alabama is also taking note, with Birmingham-Shuttlesworth International Airport’s “sensory-inclusive room” which also debuted this year. Many Airports are beginning to realize the importance of reserving a space for the neurodivergent to defuse from the loud environment, in turn making the ride easier on everyone involved.

Some airports are taking a step further, by developing programs to help neurodiverse flyers prepare for the trip, by coordinating a kind of “rehearsal” in advance, even getting a fast pass to go through security and board the plane earlier on in order to familiarize themselves with what is happening and what will happen. One of these programs is “Wings for Autism”, created by The Arc, a non-profit which pushed for the program to become national as of five years ago, and continues to grow to this day with more than 150 events throughout sixty-five airports, throughout the country. Senior manager of special projects, Kerry Mauger, is driven to see every airport nationwide equip their location with a sensory room. “As much practice as you get going through the airport, there still can be other things that happen on the day of your travel,” Mauger claims. “We wanted to be industry-leading, we wanted to set a standard, we wanted to show folks what’s possible,” Based on size and range of accommodation including a simulated airplane experience, Pittsburgh International touts Presley’s Place to be the “first of its kind.”

Pittsburgh International’s CEO Cassotis also commented on the accomplishment, “We want to make flying accessible to everyone. This room is an opportunity for special needs travelers from children to adults to have a place to decompress and get prepared to fly,” Cassotis commended her staff as well, “This has been a multiyear process with engagement from more than 40 organizations and lots of parents. I’d also like to give a special thanks to our airport staff who built the room in-house as well as those who managed the project every step of the way.” An even bigger thanks should be given to Jason Rudge, who went to prove that one voice can make all the difference, if they are willing to speak up to stand out.

Autism cop: Here’s how police should interact with those on the autism spectrum

The “autism cop.” That’s what fellow policemen call Rob Zink, a member of the St. Paul, Minn., police force for 17 years. He is the father of two sons on the spectrum, which gives him unique insight on how cops should interact with people with autism.

Whether you or your family members have extreme reactions triggered by 4th of July activities or you just want to be considerate to your neighbors, there are a few steps you can take to avoid causing harm to others through your festivities.