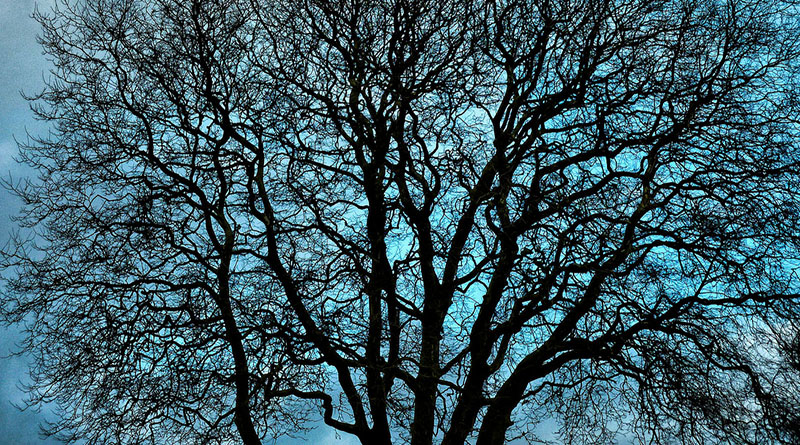 Last time I shared with you some research into the second or “enteric” brain and how gentle massage techniques can hugely benefit this area, particularly for those who cannot always express themselves, or who store up emotions or experiences they cannot “digest”, or who have different abilities.

However, did you know that we also have an “emotional brain?”

Enormous amounts of research have been invested into this area with Joseph Le Doux being a leading light. The emotional brain is found in the amygdala (pronounced “ am-ig-dal-e“), an almond shaped group of nuclei found in the frontal portion of the temporal lobes on either side of the head, close to the hippocampus. If you imagine poking a knitting needle through your eye and another through your ear (I know it sounds disturbing but stick with it), it is at the exact point where they meet that the amygdala is located. These tiny but amazing little pieces of equipment is where we process and decode emotions. The amygdala is basically an emotional memory bank where all our emotional responses and reactions to external stimuli are formed and recorded, during our formative childhood years up to the age of seven. Many of those external stimuli revolve around fear or danger but they also very much include our more pleasurable experiences. In a nutshell, it is within the amygdala that we lay down our stock patterns of responses and reactions on an emotional level.

For some people smells can trigger this emotional memory bank laid down in the amygdala. It might be that the smell of lavender triggers fond associations and responses due to a dearly beloved grandmother who always smelt of it so this scent makes the person feel loved, nurtured and safe.

For others, their reactions to fear, anger or stress is to “ shutter down,” go inwards in order to self protect and survive.

To cite just one example of a pattern laid deep within this emotional brain that I came across personally, one teenage girl who was on my caseload for two years would react within hours to a stress or fear situation by becoming so rapidly and drastically unwell, she would need crutches to help her walk by the next morning. After working with her for a few months, the episodes started to become less frequent and also less severe. I knew through our work together that the reasons behind this physical manifestation of needing crutches was emotional and neuropsychological. After almost a year, guess what?? Her neuropsychologists in London diagnosed her physical illness as being a direct result of emotional responses within the amygdala. Their scientific diagnosis perfectly confirmed my extensive case notes. I could have cartwheeled, and my young student almost did too – quite a feat for her! Since that time I have researched and read voraciously on this fascinating topic. It never ceases to fill me with sheer wonder at how intricately and perfectly us human beings are put together.

So how do my massage techniques help? To begin with, massaging the related areas works beautifully alongside the second/enteric brain-work. Whilst working on the gut helps release stress, anxiety, rage, fear, frustration and any bottled up emotion, working on areas that stimulate the amygdala helps with easing and releasing the emotional patterns deeply ingrained and laid down within the emotional brain. It’s a little like EFT _ Emotional Freedom Technique _ where you work together to get to the root cause of it and help to ease it so that eventually the memory can be watched without the emotional attachment to it. It is identifying the root cause of that stock emotional response or reaction and reprogramming it. It is subtle, clever and powerful work requiring deep listening and feeling. I’ve seen it do wonders many, many times over my fast approaching 1000 case studies.

Massaging around the eyes, ears and frontal / temporal lobes is especially beneficial when trying to ease those deep-seated emotional patterns. Here are a few techniques to get you started:

TECHNIQUE ONE : MASSAGING THE EARS: I absolutely love ears! I could write a whole book just on ears! They are amazing!! Quite apart from the important access to the emotional brain, the ears contain reflex points to every single major organ and body part so massaging the ears is just the same as doing a whole body workout without having to go to the gym. The vagus nerve crosses here too, so blood pressure and heart rate are instantly lowered, a little like having a beta-blocker with no nasty side effects. In Traditional Chinese Medicine memories from conception, birth through to six years old are recorded in the left ear and age seven to fourteen in the right ear. As many people on the autistic spectrum, in my experience, have had difficult births, I often work on the birthing point right at the top near the beginning of the left ear. There is also a hunger point just in front of the tragus, where there is a slightly hollow indent which goes deaf when you press it. This is fabulous to massage for those who have eating disorders, where many of the root causes are actually emotional. Recent studies have revealed that for many people with autism, there are links with eating issues.

To massage the ears, hold the ear lobe between the fore-finger and thumb and pull gently upwards and outwards, moving all the way up the rim of the ears to the top. Then go back down again, pulling and stretching gently. In England we call it “twiddling“ the ears! Repeat at least 3x Stand behind the client and using middle finger pressure, and working above both eyes simultaneously, gently but firmly rotate your finger from either side of the bridge of the nose ( a concentration pressure point ) out towards the temples, always working on the brow line or just above the eyebrows. Always work from the bridge of the nose outwards. The pituitary gland is stimulated via the temples so the flow of certain and dopamine, the happiness and pleasure hormones is encouraged. Repeat at least 3x This is also great for working on the enteric or second brain with direct meridians going straight down to the stomach from under the eyes.

Stand behind the client and working under with eyes simultaneously, use middle finger pressure to gently but firmly massage from either side of the nose out towards that hunger point in front of the ear. This will also stimulate the vagus nerve to keep the client relaxed and peaceful.

Always work from either side of the nose outwards to the ears. Repeat at least 3x Using your thumbs as anchors to balance not to massage, use the fingertips of both hands to massage and really move the scalp gently but firmly as if you were giving the deepest, most beautiful shampooing to someone special. Not only is there a substantial increase of blood and oxygen to the brain, stimulating concentration, productivity and clear thinking, but you can adapt it to focus more intensively on the temporal lobes to work deeply on releasing those emotional patterns and behaviors – as well as keeping the flow of serotonin and dopamine zooming around to keep the client feeling full of pleasure and well being.

The more I find out about the way we are put together, the more I am blown away and the more I long to know. It really is beautiful and amazing.

Our bodies hold all the information about us even on emotional levels. Not everyone who has a therapy wants to feel they are having a therapy. Many dread having to talk – or are unable to talk for whatever reason. For these people who don’t want to or can’t express, therapeutic touch works on key areas and a gradual, gentle but very powerful opening up and healing without words is achieved. Many of those who originally loathed the idea of talking, will then open up and release quite naturally, under their own terms, quite voluntarily. The client is always in control and working with them in this way reaffirms that.

I always say it but I really do love my job !

Share on FacebookShare on TwitterShare on Google+
Giuliana Fenwick

Giuliana Fenwick is an author (“Indian Head Massage for Special Needs” by Jessica Kingsley publishing, available from Amazon ) , a writer for various national and international publications and autism websites , a specialist therapist working extensively with children and young adults on the autism spectrum and with special needs , a teacher/trainer , fundraiser and international public speaker .
Most importantly she is a mother to a beautiful ,courageous , gifted autistic son, Ollie.
For more information, visit her website: www.therapiesforspecialneeds.co.uk

Back to School: How Mainstream Education has Changed in the Past 40 Years

Educator Hilda Pacheco reflects on the changes in neurodiversity awareness that she has witnessed through her 40 year career.

Thoughts on Autism and PTSD

Self-advocate and therapist Sean Inderbitzen shares his thoughts on the connection between autism and PTSD.