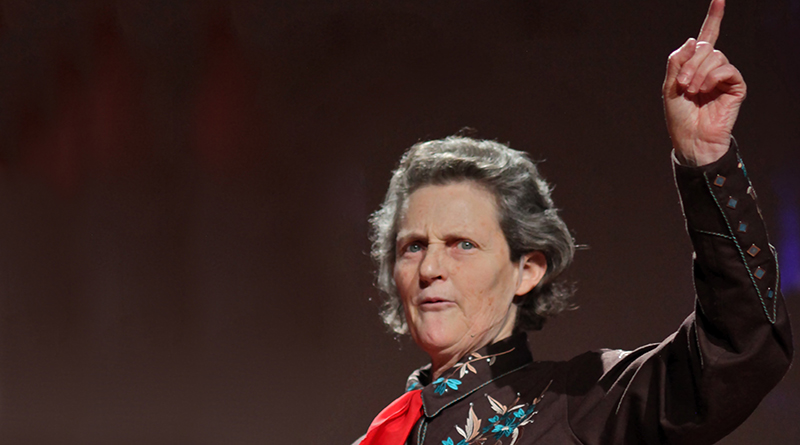 It was at the end of July, and I’d had a good day at the U.S. Autism and Asperger Association’s national conference in Tuscon, Ariz. From my spot at the author’s table, I had met many wonderful people in the autism community. Now it was after 5 p.m., and the conference room was emptying out. But some of the other authors were still milling around. Two people I’d met earlier in the day, Dr. Temple Grandin and Dr. Stephen Shore, were chatting. A few tables down from them was Raun Kaufman. All three were authors who had devoted their entire lives to the neurodiversity movement. Me, I was a relative Johnny-come-lately. My revelations about the subject hadn’t come to me until late in life, when we discovered that my daughter Rebecca had Asperger’s, and I’d turned our experiences into the book Aspertools: A Practical Guide for Understanding and Embracing Asperger’s Syndrome, Autism Spectrum Disorder and Neurodiversity. I’d been handing out copies all day; I’d even given one to the esteemed Temple Grandin, the ultimate rock star of the autism community. The HBO biopic movie “Temple Grandin” starring Claire Danes had indeed garnered 7 Prime Time Emmy nominations and had indeed won many accolades.

Temple Grandin, Stephen Shore and Raun Kaufman have all written fascinating and insightful books about autism and neurodiversity. Raun, a somewhat controversial figure who is CEO of the Autism Treatment Center of America, wrote Autism Breakthrough: The Groundbreaking Method That Has Helped Families All Over the World. Stephen is a professor at Adelphi University researching the needs of people with autism. He has written Beyond the Wall: Personal Experiences with Autism and Asperger’s Syndrome, as well as Understanding Autism for Dummies. Temple is a national spokeswoman for the neurodiversity movement and has written many books on the subjects of autism and animal behavior. Two of her more famous books are The Way I See It: A Personal Look at Autism and Asperger’s and Different. . .Not Less. Speakers’ reception at the 2015 USAAA Conference

However, these three are more than just authors, more than just luminaries in the autism community. They are all on the spectrum. They are members of the Club. I’m not. I may like to say that my brain is different. . .after all, most of our brains are. I may be a little ADHD – sometimes I think the only time my brain is capable of focusing on any one thing was when I was in the operating room, or taking the final walk into the ring for a 10-round pro heavyweight boxing match. And sure, the interns at my office in Fort Lauderdale like to make fun of me. They call me Forrest Gump because I somehow got to meet so many amazing people during my life. People like Muhammad Ali, his trainer Angelo Dundee, President George H. Bush, sports handicapper Lem Banker. People who were the best at what they do. But I think in the end I’m mostly neurotypical.

But now, seeing the stars of the autism community just a few feet away, here was the opportunity for another one of my Forrest Gump moments. I walked over to where Temple and Stephen were chatting. When I said, “Hi,” Stephen, with whom I had spoken during the day, was friendly enough, and felt comfortable going back to working on his computer, a bit of an Aspie-like trait. Temple said hello and told me she’d already read a bit of my book. “I have one question, Dr. Reitman,” she said. “What is Rebecca doing now?”

I said proudly, “Rebecca is using her degree in discrete mathematics to tutor middle school students who are on the spectrum in mathematics. And she’s now going for her master’s degree in applied psychology.”

Temple nodded her head in approval.

That gave me an idea. I took my phone out of my pocket and said, “Temple, would you be willing to talk to Rebecca? Right now?”

I dialed Rebecca, and she came on the line. “Rebecca, I have someone here who wants to say hello.” And my daughter Rebecca – my hero – started talking with Temple Grandin, one of her heroes. Right there in front of me. But their conversation was not about Rebecca’s Asperger’s. Nor was it about Temple’s autism. Nor their different brains. They discussed more important matters. Helping others through their daily lives. Then they started discussing the follow-up with the families of the reality show for which Temple had served as a consultant. Rebecca wanted to know what happened to the autistic child from that TV show. And about what becomes of the individuals whose brains are a bit different. The members of the Club. They both agreed that parents need to understand what Rebecca has told me many times: “Sometimes good intentions are not enough.” It was a dream come true for this dad. A dad who was formerly totally clueless, who is now just a little bit less clueless, after the process of learning enough to write the Aspertools book.

When Temple said goodbye to Rebecca and handed me back my phone, I walked back to my table, sat down at my computer and started writing some of these thoughts.

The day before I had been at the Special Olympics in Los Angeles. Now I was in Tucson. At both events I was afforded the opportunity to meet champions of the neurodiversity community. During my pro boxing career I had sparred with 38 world champions in my pro boxing career. What a ridiculous comparison, I thought. Then I thought, Maybe not so ridiculous. I recalled Angelo Dundee, who was the cornerman for 15 world champions including Muhammad Ali, explaining to me that every one of their brains was different, and how that was his biggest challenge. “You can only work with what you got,” the great trainer had told me on several occasions.

And I remembered when Lem Banker introduced me to my boxing hero, Joe Louis, in Caesars Palace in Las Vegas back in 1971. This was several months after I’d won the New England Golden Gloves Heavyweight Championship. I confided in him. “Champ, the truth is, I got scared and nervous before every fight.” He put his arm around my shoulder and said, “Doc, we all take fear into the ring with us. It’s what you do with it that makes you a champion.”

Maybe that’s the club that I don’t belong to, the club that Temple Grandin, Stephen Shore and Raun Kaufman and my daughter Rebecca do belong to. That is the Club of True Champions. As Rebecca points out in Aspertools, “Brains are like snowflakes – no two are alike.” The positive potential of our neurodiversity. For ALL of us.

As you may know, one of the major points of my book Aspertools is that…

Just the Essentials: Can Insomnia Be Relieved Through Aromatherapy?

Megan Baksh details her recent experiences using essential oils to relieve her insomnia, as well as recent studies that suggest the value of aromatherapy as an alternative treatment for the condition.