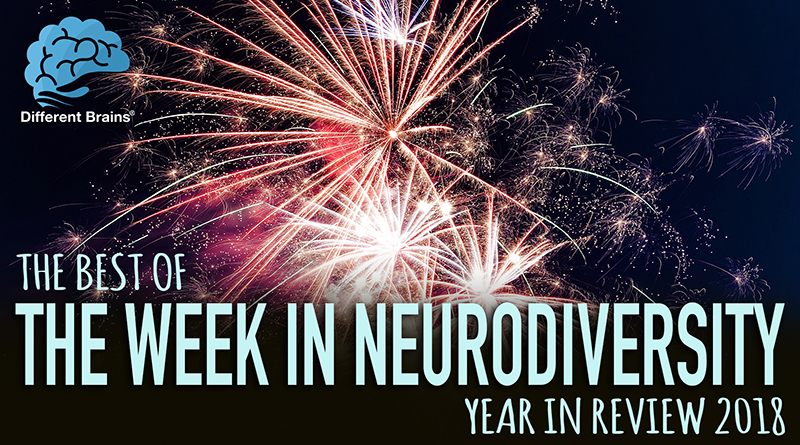 (6 min 17 sec) In this episode, we count down the top 10 stories from 2018, including a comedian with Tourette’s becoming famous on America’s Got Talent, the first Washington Lobbyist with Down syndrome, the first runner with cerebral palsy earning a contract with Nike, and more!

[00:13] At number 10, former NFL star Demarcus Ware teamed with Snoop Dogg and Singing for Superheroes to create a song empowering children with ADHD. https://www.denverpost.com/2018/02/26/demarcus-ware-snoop-dogg-music-video-adhd-awareness/ [00:56] At number 9, a man with Parkinson’s was introduced as the 21st Duck for this year’s Anaheim Ducks hockey team! https://www.nhl.com/ducks/video/michael-lu-named-21st-duck/t-277437084/c-61706903 [01:28] At number 8, Samuel J. Comroe is a comedian with Tourette’s whose routine on America’s Got Talent went viral! https://www.goldderby.com/article/2018/tourettes-comedian-samuel-j-comroe-wife-americas-got-talent-finals-agt-news/ [01:56] At number 7, another viral video, this time of a toddler with Down syndrome singing “You Are my Sunshine” with his older sister! https://www.youtube.com/watch?v=swo-I2Bl3zY [02:29] At number 6, the story of a woman with cerebral palsy, who also conquered cancer, opening a CrossFit gym in North Carolina. https://abc11.com/sports/cerebral-palsy-doesnt-stop-woman-from-opening-crossfit-gym-in-knightdale/4153285/ [03:01] At number 5, we learned all about the athlete with Parkinson’s who became an American Ninja Warrior! http://www.foxnews.com/health/2018/08/23/american-ninja-warrior-athlete-with-parkinsons-turns-obstacles-into-relief.html [03:27] At number 4, Kobe Bryant surprised a young fan with Epilepsy on The View. https://ftw.usatoday.com/2018/05/kobe-bryants-surprise-for-an-inspiring-6-year-old-with-epilepsy [03:59] At number 3, we met the first Washington lobbyist with Down syndrome! https://www.bbc.com/news/av/world-us-canada-44325048/first-washington-lobbyist-with-down-s-syndrome [04:32] At number 2, Bryan Cranston delivered a unique, yet powerful message for Alzheimer’s Research UK. http://www.adweek.com/creativity/bryan-cranston-and-an-orange-battle-alzheimers-in-this-powerful-animated-psa/ [05:06] And finally at number 1, Justin Gallegos received the surprise of a lifetime when he became the first runner with cerebral palsy to earn a contract with Nike. https://www.cbssports.com/general/news/nike-surprises-oregon-runner-with-cerebral-palsy-with-a-contract-to-chase-half-marathon-goal/
Share on FacebookShare on TwitterShare on Google+
Related Posts

(3 min 19 sec) Patients with Alzheimer’s find joy through singing, a man with Borderline Personality Disorder looks to end the stigma around mental illness, an ex-football star and Snoop Dogg create a song for ADHD empowerment, and more!

In this episode, Harold Reitman, M.D. speaks with Cassandra Dunn, author of “The Art of Adapting.”

(VIDEO - 3 min 30 sec) In this episode: law enforcement in Florida learns about autism, a library creates a care-kit for Alzheimer’s caregivers, we meet the first Nascar driver on the spectrum, and more!