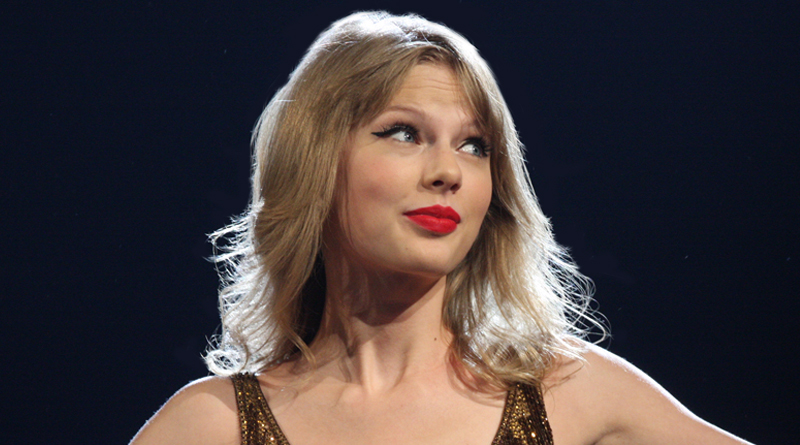 Taylor Swift is well-known for being generous and kind to her fans – and a boy with autism just met his service dog for the first time thanks to the pop icon!

In 2016, Swift gave $10,000 to the then 6-year-old Jacob Hill to help him get a service dog. Jacob, who has autism, has difficulty speaking and interacting. His service dog, Reid, gives him a sense of stability and prevents emotional overloads. Jacob received his service dog in June, and now at 8, Taylor invited him and his family to the Houston concert on her Reputation Tour, giving them all front row seats and backstage passes to meet her.

Jacob’s mother, Allison Hill, shared a post on the Facebook page for Autism Speaks about Taylor’s meeting with her family. She attached two photos and gave kudos to Swift for how she interacted with Jacob. “She got down on her knees and looked him right in the eyes and said hello and that she was thankful HE came to her show even though she knew it was loud and there was so much going on,” she wrote. “He grabbed her face and pulled her hair back and said ‘Hi Taylor!’ which was something we were working on all week, but didn’t know if he would be able to say it.” 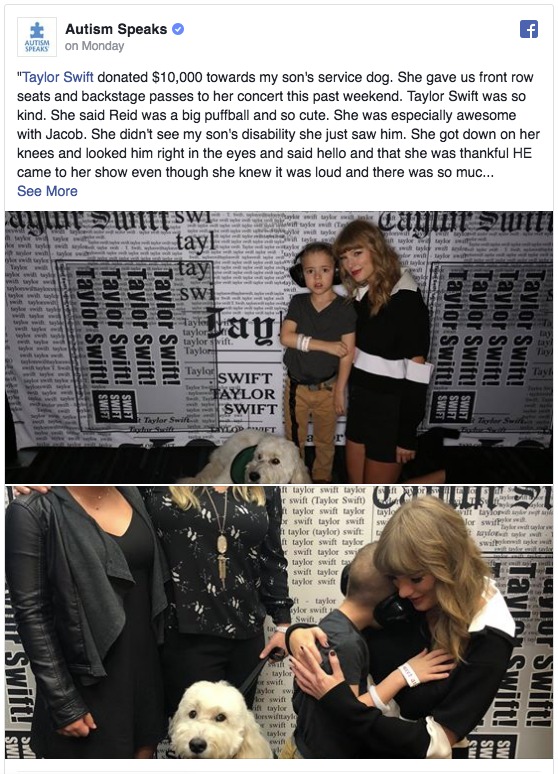 “My daughter, Jordan, was pumped to meet her,” Hill added. “We feel so blessed! Taylor is such an amazing person for doing this for us…again! Jacob made it through almost the entire concert. Taylor is such an autism advocate, we love her!”

Allison wrote in a post on The Mighty in 2016 about how much Taylor Swift’s kindness affected her family in paying for the service dog. “He (Jacob) often tries to wander from safety. He may dart into the street or try to run straight to water — and it would be a challenge to ask for help or know how to get to safety.” Service dogs, Allison wrote, can not only serve as “companions” to children with autism, but also “physical anchors to keep them safe.”

Swift original responded to Jacob’s situation after seeing a video posted by his sister and cousin spoofing her song “Blank Space” in order to ask for donations. Jacob is not the only young fan with that Swift has recently met with. In May, she visited a young girl who couldn’t come see the show in Phoenix because of her severe burns, and she met a fan with cerebral palsy who posted a video dancing to her song “Shake It Off” which went viral.

The primary photo for this article is by Eva Rinaldi, and is used through Creative Commons License Attribution-ShareAlike 2.0 Generic