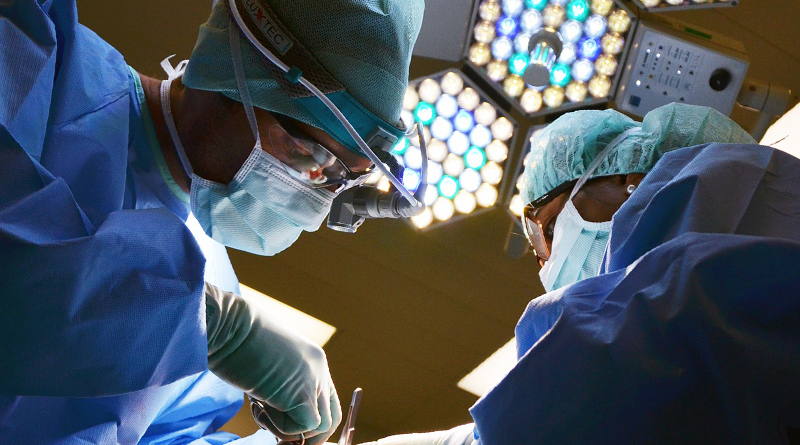 Dr. Wilson Tsai is a board certified thoracic surgeon who specializes in removing people’s cancer through the use of robotically assisted surgery. In his words, “My job primarily is to take out people’s cancer. The most type of cancer that I operate on are lung cancers and esophageal cancer and I’ve actually developed the robotic thoracic program over at John Muir.” In addition to saving lives and finding peace in the operating room, he is also father of three children and a brown belt in Jiu-Jitsu, in which he trains at least five times a week.  He also happens to have Tourette syndrome.

As Dr. Tsai described it, “It’s a type of Tourette’s called motor tic syndrome… where you have more simple tics head nodding, eye blinking, finger snapping but also I did have a vocal tics throat clearing or a hut hut sound and stuff like that.” He continued, “I think it bothered my parents more so it was seeing multiple physicians and multiple physicians saying it was a phase and I was going to grow out of it.”

Since his Tourette syndrome went undiagnosed at the time, “it” did not go away. Instead, “it” led to years of anger, frustration, and being the victim of bullying.

“I was bullied excessively,” as Dr. Tsai recalled. It began in middle school and lasted through high school. “It was hard, definitely a lot of low self-esteem because not only would I be bullied at school but I would go home and have my mom and dad constantly trying to alter that behavior through your traditional Chinese techniques of course so it became a cycle when I started feeling a lot of anger towards people especially my parents.”

It became the worst when he was about 13 or 14, when he almost fell victim to suicide. “I tried to poison myself actually and after the first couple of swallows I still remember looking down at my hand and tossing it away and saying it to myself and saying to myself I don’t want to be the victim anymore and I do want to try to start figure out how to overcome this.”

Even though he kept getting bullied, he endeavored to find another path. That path was martial arts, which he states gave him confidence and a sense of worth. Eventually, Tsai came to find out that he had Tourette syndrome during medical school. As he remembers it, “I was sitting there in my psychiatry class… and I still remember the professor, we were going through these neurological conditions and as they were talking about Tourette’s syndrome I said, ‘Oh my God, I think really have this.'”

While Tsai was happy to get some understanding as to why he was the way he was, he still faced many obstacles, among them a constant struggle for self-acceptance and a surgical mentor who doubted his ability to perform operations, presumably with a steady hand.

“It actually inspired me and motivated me to prove him wrong and I think that’s why I chose one of the hardest paths in surgery cardio thoracic surgery with a specialty in cancer surgery as well.”

Dr. Tsai has gone on to succeed as a specialist in removing cancers through robotic-assisted surgery at John Muir Health in Walnut Creek, California, a program he developed. He now sees his Tourette syndrome through a father’s eyes, continuously wondering if his children have it as well. “It’s constantly in the back of my mind, because I worry about my own kids and I don’t want to get emotional or anything but when you think about your own kids I don’t want them to go through the same struggles that I went through.”

As such, he encourages his children to be the best they can be, much in the same way he did so for himself through love, acceptance, and martial arts. He trains in his Jiu-Jitsu at least five mornings a week. “It’s not a mark of weakness in fact my closest friends my wife all see it as a mark strength it’s something that I have to overcome everyday”

He also finds peace in the operating room that he doesn’t find in many other places. “For me I think that’s why I love surgery so much it gives me that moment in time when I am not in constant motion from the Tourette’s syndrome.” Dr. Tsai recounted. “I don’t feel the tics happening”

He also finds peace in the fact that he’s not just someone with Tourette syndrome. He is also a very successful thoracic surgeon with a brown belt in Jiu-Jitsu and three children. They are all a part of who he is as a person.

Author and respected neurologist Oliver Sacks has passed away at the age of 82. Dr.…