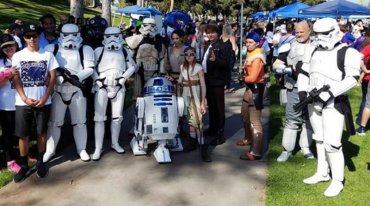 In Costa Mesa, California, around 2000 people showed up to march in support of epilepsy awareness. Dubbed “Seizure Wars”, the event had children walking alongside Star Wars characters, police officers, and fire trucks to promote awareness of seizure disorders.

The event was coordinated by the Epilepsy Support Network of Orange County (ESNOC), a nonprofit dedicated to controlling seizures with medication and education. This was their ninth annual Epilepsy Walk, and each year, teams show up to participate on behalf of individuals with epilepsy. The ESNOC’s mission, according to their website:

“The Epilepsy Support Network of Orange County is a nonprofit 501(c)(3) organization founded by parents of children with epilepsy who were heartbroken/devastated by the inability to stop their children’s seizures, side effects and cognitive decline. These parents turned their anguish into action and have dedicated themselves to improving the outcome for all children, teens and adults diagnosed with epilepsy in Orange County.” 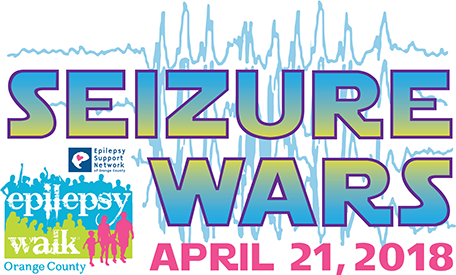 Some teams had more than 20 people in support of a single individual. One of the inspirational participants in the event was Anastacia Bean. She has been the first registrant for the event for the last three years. “I just want to make sure my name got on (the registration list). My mom had epilepsy before she passed in 2010, and we went to these walks together. Epilepsy Support Network was a huge help to her, so I am not only paying them back, but helping them to move forward for future generations.” She wore a badge indicating she was there to walk for her mother, Sharyl, who benefited from ESNOC’s services before passing away on May 6, 2010. Bean is an employee at Anaheim Convention Center who works weekends and holidays. The only three days a year she asks for the day off are Rosh Hashana, Yom Kippur, and the Epilepsy Walk. This year was Bean’s 7th walk. She takes two buses to get home to Anaheim.

The image accompanying this article is by The Epilepsy Support Network of Orange County.