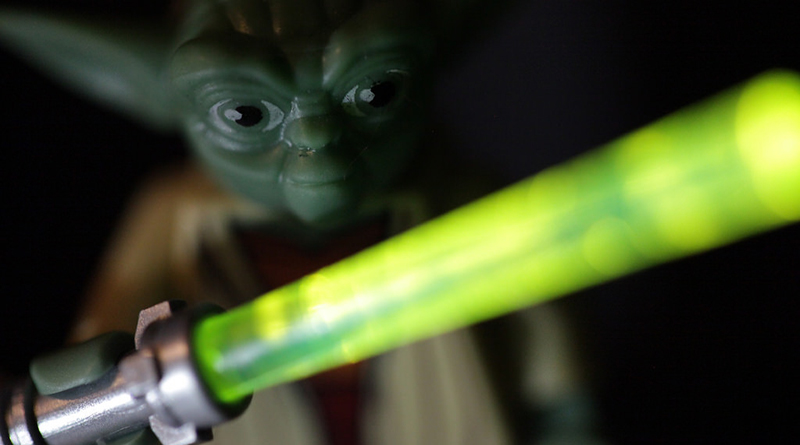 The force is strong with a young man by the name of James Kenyon. Kenyon, 25, was diagnosed with Asperger’s Syndrome at the early age of five, and is preparing to take part in the Scaffel Pike Challenge in an effort to raise money for the National Autistic Society (NAS).

Located in the Lake District in Cumbria, Scaffel Pike is the highest peak in England, with an elevation of 978 meters above sea level. With his parents alongside, Kenyon will attempt the arduous challenge of climbing the peak on August 13, 2017.

Kenyon hopes that his fundraising endeavors will help raise money as well as awareness for people similar to him, “who have a very specific way of viewing things.”

Individuals that have Asperger’s often lack the ability to effectively communicate in a social setting. They may also find it challenging to use their imaginations.

Having been diagnosed with Asperger’s at such a young age, he stated that he did not “recall being diagnosed at all,” and had instituted his own coping mechanisms.

Kenyon has attributed his ability to cope with Asperger’s to the hit sci-fi saga Star Wars, stating that “nowadays I do try to be more mindful, like a Jedi Knight, because even though its science-fiction, it does tell you a lot about thoughts and feelings and how you don’t let certain feelings get in the way of what you’re doing.”

“I mean, as far as I could tell I was quite normal when I was a toddler and then one day out of the blue, for some strange reason, my brain just kept getting kind of really packed with all these different kinds of imaginative stuff,” he said.

Although Kenyon had lost his ability to speak at one point, his mother Judith never gave up hope. “We used to have a big bit of lining paper, because James had lost his language, and he used to just write and draw and that was his way of communicating,” she said.

Growing up, Kenyon attended many different schools but had difficulty concentrating, making him a target for bullies. He became home-schooled as a result.

“I found it difficult, just mainly because I found it hard to enjoy the food they served and also, I was bullied at least a few times”, said Kenyon. “And then, for some strange reason, all this pointless anxiety came along and I think I do know why that was now,” he also noted.

Since then, Kenyon has attributed his ability to cope with Asperger’s to the hit sci-fi saga Star Wars, stating that “nowadays I do try to be more mindful, like a Jedi Knight, because even though its science-fiction, it does tell you a lot about thoughts and feelings and how you don’t let certain feelings get in the way of what you’re doing.”

He also expressed, in words that Yoda himself would be proud to hear, “I keep trying to remember kinds of teaching that I’ve picked up, which kind of makes me have the feeling to keep moving on; I just let all these unwanted thoughts be pushed out with a single exhale.”

Kenyon’s mother has found strength in his struggle, stating that his condition has taught her “not to give up.”

She expressed her belief further by adding, “I think in some ways it [the situation] doesn’t define you, but it actually gives you enormous value to your life. Even though it’s a struggle at times, it really does give you enormous value.”

The head of supporter fundraising at the NAS, Kate Donohue, finds Kenyon to be a tremendous influence as well, stating that “by taking part in such an impressive and high profile fundraising event, James and his family are helping to increase understanding, and their donations will allow the charity to provide more vital support to autistic people and families. We wish the inspirational Kenyon family lots of luck.”

This piece is based on an article written by Andrea Pluck and published by The Herts Advertiser, which can be read here.

Boy with Autism Attended Oxford at Age 6, Now Looks to Change the World

Joshua Beckford, a boy from Tottenham, England with high-functioning autism, was the youngest person ever to attend Oxford University at only six years old and aims to become a neurosurgeon.