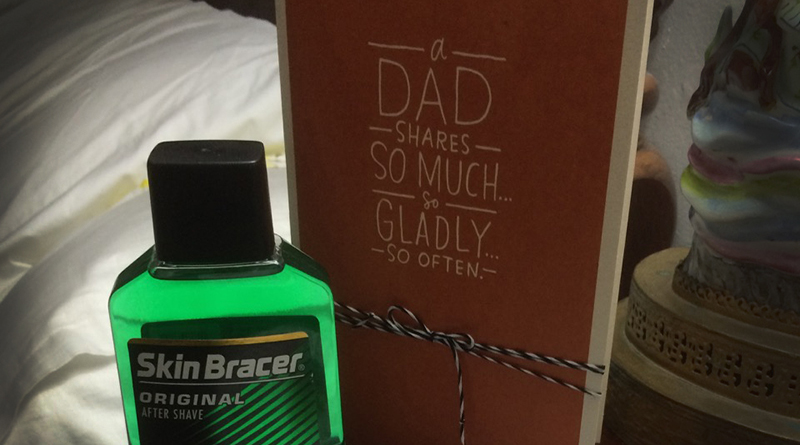 Hackie holds a young Rebecca after a boxing match

You’re a dad. Though maybe you didn’t recognize it at the time, your child has a brain that’s a bit different. You know that when she was growing up you could have done some things differently. Even though you had the best of intentions you could have been a better dad. Don’t beat yourself up this Father’s Day.

My 33 year old daughter Rebecca has Asperger’s. She often reminds me: “Dad, sometimes good intentions are not enough.” My only child tells the truth. “If you don’t want the brutal truth, don’t ask the question,” she says.

I can’t help it, but in the days leading up to Father Day, when I should be focused on celebrating with my wonderful daughter, the mistakes I made as a dad loom up like an elephant in the room. I can’t help but shake my head and think “If only I knew what I know now.” But I was clueless about so many important things when Rebecca was growing up. Why couldn’t I have…

Just as I am beating myself up, I receive an e-mail from Rebecca:

I smile and realize how lucky I am to be Rebecca’s dad. Suddenly, I am smiling, totally looking forward to my Sunday time with Rebecca.

Every year, Rebecca gives me a heartfelt card and two great gifts for Father’s Day.

One gift is a bottle of the Original Mennen’s After Shave. As Rebecca knows, when I was a toddler, every morning, my dad would hug me and press his clean-shaven cheek to my cheek before leaving the house to work at the family gas station. I think of my dad every time I slap on the Mennen’s. The scent transports me.

The Reitman family’s gas station, circa 1958.

The other gift is a numerical “Rebecca’s Father” T shirt. Yes, I have the whole collection. And this is year 34!

Gifts from Rebecca for Father’s Day 2011

It’s not just her Discrete Math Degree from Georgia Tech that dictates that I meet her at 11:56 am– it’s the way her brain works. The careful choice of a specific number, her hyper-interest in mathematics, her desire to apply that to life in general… It all makes sense to her, and it is making sense to me more and more. The more I learn, the more all the dots connect.

While she will not share specifics with me ahead of time, I suspect she’ll treat me to a breakfast at the Dunkin’ Donuts around the corner from her apartment. We’ll probably go for a walk, and maybe chat about some of the issues in her grad psych classes. The whole time will be quality time, one-on-one with her dad, just how she likes it. She’ll even be nicer to me than usual. I will look at her, and be grateful that I am now appreciating more and more the amazing human being who is my daughter. If this Father’s Day is like the others, it will end with a big hug, and a blissful dad exclaiming, “Rebecca, this is the best Father’s Day ever. I love you all the time no matter what.”

Aspies aren’t the only ones who tell the truth. Our Autism Journey with a Canine Companion

Pamela Minelli details how a canine companion changed the life of her son with autism.

Neurodiversity and time management is a topic that keeps coming up in individual family sessions, so I wanted to make a quick video to really challenge people's perceptions around time, and change your perspective on time management for neurodiverse people.

A World of Possibilities for Autism: Here, There, Everywhere

Whether in a small town in Mississippi or within a 4.3 million-person metropolis, communities are built one person and friend at a time.  Communities make dreams possible, help us overcome obstacles and quiet our fears.