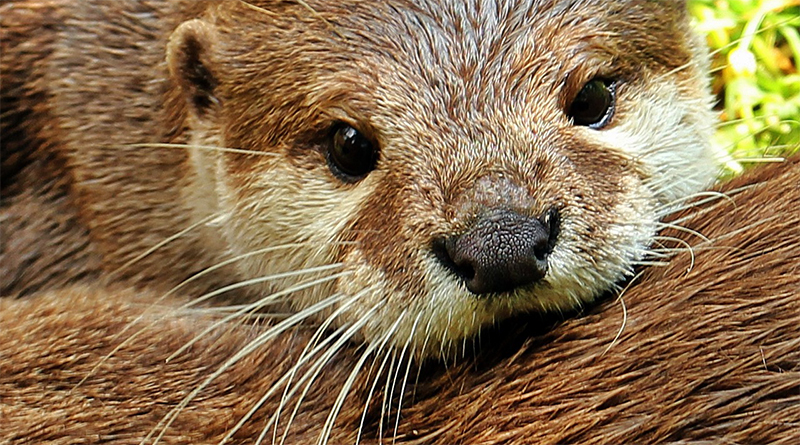 From a young age, Nick Anderson has experienced the involuntary physical and verbal tics associated with Tourette’s syndrome. Every day, he goes through sudden body movements- sneezing, coughing and yelling noises.

Nick also gets past his Tourette’s by focusing on his passions: drawing, photography, and being around animals. He says “Animals have always kind of been my medicine”, and he has been able to harness his love of animals by working at Bear Country, USA in Rapid City, South Dakota.

Bear Country works with all kinds of animals, including bears, otters, rams, and elk. Ryan Sjovall is Nick’s manager. He notices the effect all of the animals have on Nick. “That’s what he’s best at and that’s where he seems happiest. He’s a good guy.”

Even though animals provide an escape, life with Tourette’s can be hard for Nick. He gets a lot of stares. He sometimes wishes people would handle things differently. “I’d like them to say, ‘Hey, I notice you have a few movements or vocalizations, do you have Tourette’s’ — just come out and ask,” he said.

Nick may become frustrated with how others view him at times, but his father Tod could not be more proud of how he handles himself. He says he is constantly “amazed” because of his son’s ability to handle himself maturely. “For him to deal with that — with such a positive attitude — he’s my hero,” Tod said.

The calming influence of animals on Nick’s life has been a force for good. It’s a reminder that everyone with a disability can find a passion that makes tough times a little easier.

This article is based on the original article by Dana Slagle of the Rapid City Journal. It can be found by clicking here.

According to a new report from the CDC, 1 out of 59 children in the US has autism -- a significant increase from their 2016 report.