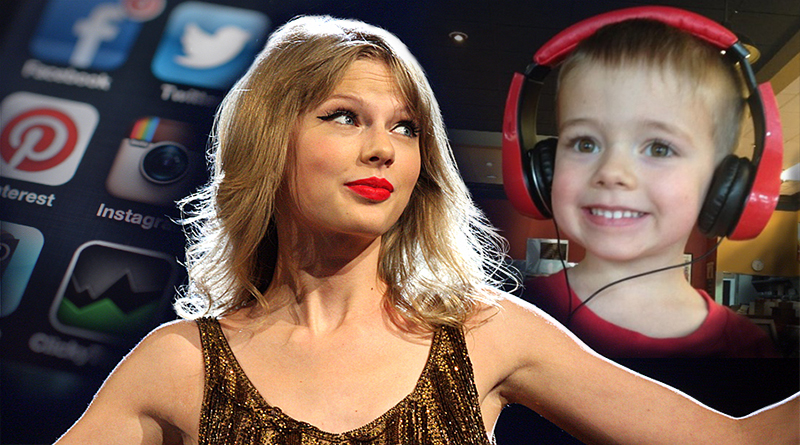 Can social media do anything good for the neurodiverse? Two cousins of an autistic boy named Jacob made a remix of Swift’s “Blank Space” to help raise money for their neurodiverse cousin. After seeing the video, Taylor Swift donated $10,000 and wrote, “Jacob, we hope you love your new dog! Please tell your cousins that they did a great job on the song! Love, Taylor and Andrea Swift.” During a particularly emotional and violent scene of the Broadway play, “The King and I,” a mother’s autistic son began crying and screaming. Embarrassed by the disruption, the mother picked up her son and left the theatre. While most attendees were furious about the interruption, one actor took to Facebook to express admiration for the mother’s bravery. After ordering a cake from a local grocery store and learning that the neurodiverse employee who decorated the cake was autistic, Lisa Aldrich went to Facebook to make a heartwarming post about her experience. “So I guess the moral of the story is that kindness is important!” Wrote Lisa, and the post has received over 150,000 shares.

4. Santa comforts boy, 6, worried his autism has put him on ‘naughty list’ The Santa Claus at a mall in Michigan comforted a young boy with autism whom felt his diagnosis would put him on the ‘naughty list.’ Naomi Johnson, mother of the neurodiverse boy, shared a photo of Santa consoling with her son and the photo received nearly 100,000 likes and more than 30,000 shares. When no one accepted the invitation to attend Mackenzie’s, a young Minnesota girl with a rare genetic disorder called Sotos syndrome, birthday party, her mother asked the members of a few Facebook groups for girls around Mackenzie’s age to show up. Not only did a few girls her age show up, but also hundreds of strangers, now friends, from the community came by to celebrate with her; some even came all the way from Wisconsin!

6. When No One Showed Up to Autistic Boy’s Birthday Party, Strangers Saved the Day

Glenn Buratti invited all 16 of his kindergarten classmates from a Florida elementary school to his sixth birthday party and not a single person responded to the invite. His mother, Ashlee Buratti, wrote about this to the Facebook group “Osceola Rants, Raves and Reviews List,” resulting in dozens of families stopping by for Glenn’s birthday; even a helicopter flew over to join the celebration!

7. Mom of autistic son, 6, who became upset in pancake house is given a kind note by a stranger who also paid bill Lauren Nordberg, mother of a 6-year-old with autism, knew every method to prevent her son’s meltdowns, but was overcome with anxiety when she realized that she had forgotten her son’s iPad and headphones at home as they sat at a busy diner on Martin Luther King, Jr. day. She expected the restaurant’s customers would be annoyed by her neurodiverse son’s emotional breakdown in the diner, but she soon realized they had the opposite impression. A good Samaritan not only paid for her check, but also left her a note.

8. Mother of boy with autism and Down’s Syndrome posts open letter to find Apple employee who helped him After posting an open letter on Facebook, a mother in Nashville managed to track down an Apple employee and thank him for helping comfort her neurodiverse son. Andrew, the apple employee, ran to comfort her son after he accidentally ran into a glass door in the mall. The employee even went further to help the child set up his iPad while sitting on the floor with him.

Mari Nosal discusses the "Theory of Mind," and examines some of the challenges related to it in people with Asperger's and autism.

Mental Health On The Autism Spectrum: a Self-Advocate’s Perspective