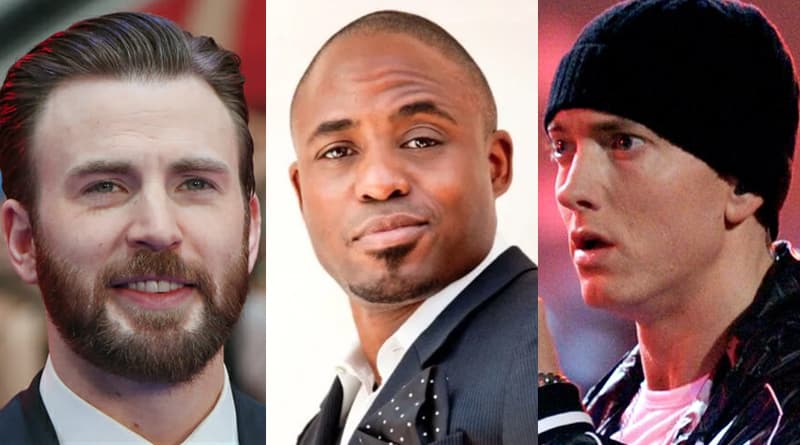 Depression can effect everyone

Depression can be a dark and lonely place to be in. It can feel helpless and hopeless, and lead to troubling thoughts of self-destruction. It is a form of hurt that cannot be simply treated, and is a long term process of healing and working through. More than 300 million people, from all walks of life worldwide, struggle with depression. This common disorder is currently the leading cause of disability on a global scale, worst case scenario can even lead to suicide and accounting for nearly 800,000 deaths per year, noted as the second-leading cause of death for those between the ages of 15-29. The majority of people often think celebrities have everything in the world and nothing to be depressed about, when on the contrary, nothing could be further from the truth.

These are six stories of celebrities that worked through their personal bout with depression, and kept going even when things were at their darkest. 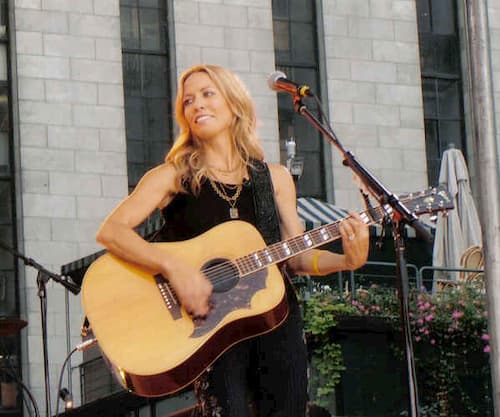 Musician and actress, Sheryl Suzanne Crow, has battled her own personal bout with depression, experiencing an emotional crash during her work on her fifth album, Cmon Cmon, and being bedridden for almost six months by her doubts and fears. But surprisingly, her outlook on life shifted during a very difficult year of a broken engagement with Lance Armstrong, finding out she herself had stage 1 breast cancer, and becoming a mother to her adopted son, Wyatt. Crow states, “In a way, it was a wonderful life-shifter,” finding purpose to take care of herself, her loved ones, and appreciating what she had and what was important to fight for. (Source: WebMD) 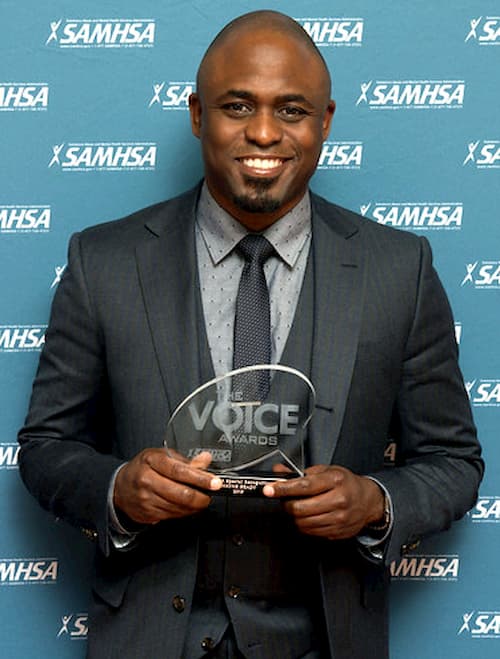 Iconic funnyman, Wayne Alphonso Brady, has made the world smile time and time again with his smooth, sultry voice, and his comedic stylings on “The Wayne Brady Show” and “Whose Line is it Anyway?” But few tend to notice that some with the greatest sense of humor and a personality to match, often aren’t always what they seem. Brady struggled with depression, but was never vocal about it until a personal hero of his, Robin Williams, had taken his own life dealing with his own bout of depression. After losing a comedy legend to something he himself dealt with, he decided how important it was to speak out. Brady enlightened “ET” by stating, “I think that when you keep these secrets, and something that you learn as you read more and go into treatments and get help is, that these secrets kill.” (Source: CNN) 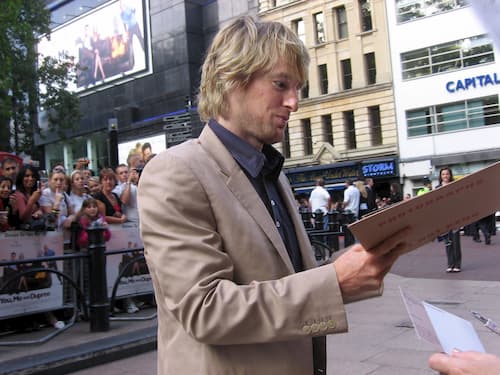 Actor and screenwriter, Owen Cunningham Wilson, is known for many popular comedy films, but in reality had been seeking treatment for years concerning his depression while also battling drug addiction. His depression reached a point where he attempted suicide in his Santa Monica home in 2007. But he continues to seek treatment on his personal path to recovery, and takes it one day, one step at a time. (Source: People) 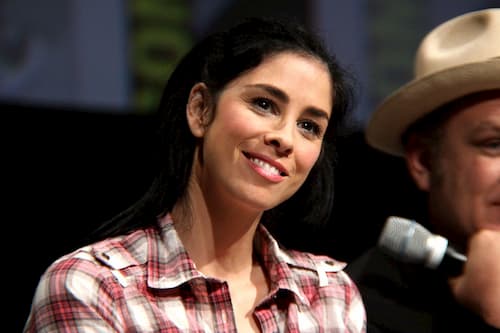 Controversial and comedic provocateur, Sarah Kate Silverman, discusses many serious issues through her comedy specials and television programs, including “I Love You, America with Sarah Silverman.” But few discuss what millions of people struggle with on a daily basis, including herself- depression. Her depression stemmed from her insecurities at the age of thirteen, and never fully shook it off, as if you ever could. After sharing her experience of depression with Howard Stern, writer Amy Koppleman asked Silverman to participate in a film concerning depression called I Smile Back. Silverman said yes, but never expected the movie to happen. But when she got the call that the film received necessary funding, she recalls breaking down on the floor of her bathroom, shaking at the thought of reliving her darkest feelings. When her stepdad inquired about what her depression feels like, she responded, “It feels like I’m desperately homesick, but I’m home.” But Silverman continues to change the world with her positive messages. (Source: Glamour) 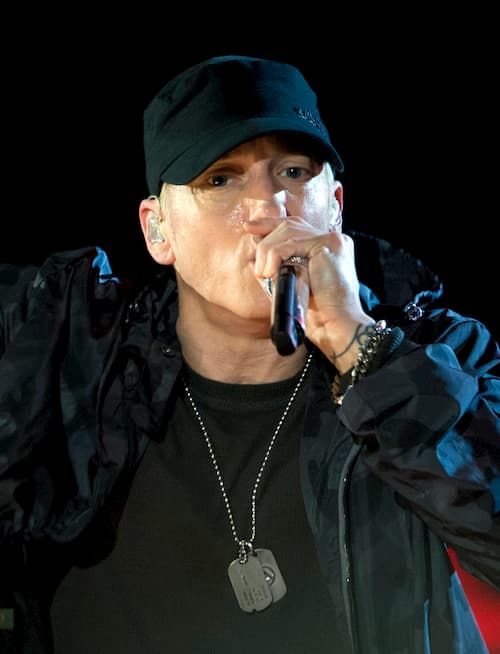 Marshal Bruce Mathers III, Also known as Eminem, has ruled the music charts with his own take on provocative mainstream hip hop. But much of his music is a deep reflection upon his own adversities- growing up in an impoverished, broken home, losing his uncle to suicide, and struggling to maintain his relationship while raising his daughter in a home that was better than his own. He has struggled with pharmaceutical addiction and clinical depression, going as far as to attempt suicide. Through it all, a hurt man with a dark past and insecurities made the best of a bad situation, and built himself from nothing, being a living embodiment of not allowing depression stemming from his environment define himself. (Source: Psychology Today) 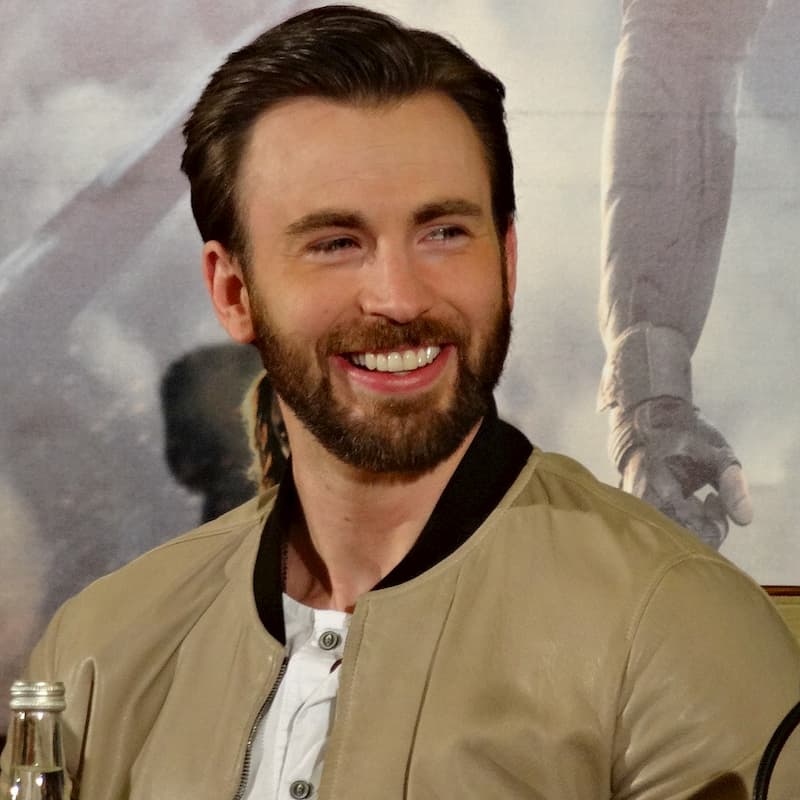 By Elen Nivrae from Paris, France

Actor Christopher Robert Evans is most well known for his Marvel roles as Steve Rogers, AKA Captain America, or even the Human Torch from The Fantastic Four, but even all american heroes have their personal demons to face. Evans has faced anxiety and depression for a long time, claiming to have trouble quelling the noise in his mind. Evans has stated “[The phrase] ’Sssh’ has been a big thing for me. Everyone’s brain is noisy, and the root of suffering is following that brain noise and listening to that brain noise, and identifying with it as if it’s who you are.” Evans has gone to the extreme to quiet his mind, to the point of studying under a guru at a remote monastery in Rishikesh, India for three weeks. But even he has realized over time and has offered advice to others in similar circumstances, that regular meditation can help quiet the mind. (Source: Men’s Health)

A new compilation of data assembled at Binghamton University NY suggests the prevalence of OCD, or obsessive compulsive disorder, is lower in areas that get more sunlight.

The Israeli Army Unit That Recruits Teens With Autism