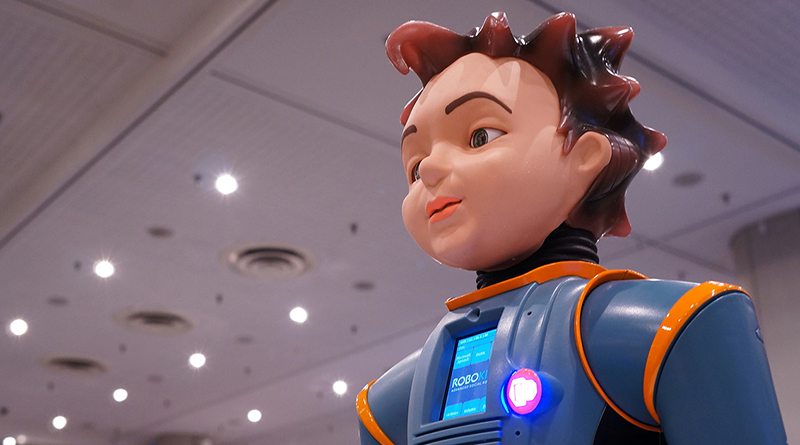 To aid in addressing the boom in autism diagnoses over the last decade, last year researchers at Robokind in the United States debuted a humanoid robot named Milo to help children with the condition. Now, Milo is making his way to the Middle East.

Researchers partnered with a Lebanese company called Mobile Technology Tomorrow (MT2) to bring the technology to the Middle East.

According to experts, therapists working with humanoid robots such as Milo can help children in ways that they cannot one-on-one. With the help of robots like Milo, therapists are better able to connect and engage with children and help them develop basic skills.

Crucially, Milo enhances an educator’s ability to connect with autistic children because of its ability to record interactions with children. It also reduces the cost of specialized instruction because many different children can interact with Milo, and fewer therapists and educators need to be hired.

Milo can go into several different modes, including introduction, conversational, situational and emotional understanding. This enables Milo to relate to children with autism no matter what the circumstances.

MT2 will further customize Robokind’s technology by translating its services into Arabic and developing mobile apps.

Not every child in the Middle East can afford individualized autism therapy. An advanced humanoid robot like Milo is the next best thing, and there are many hoping it can work wonders.

For more information, here is a piece by CNN about Milo’s original debut in 2015:

This piece is based on an article by Al Arabiya, viewable here.