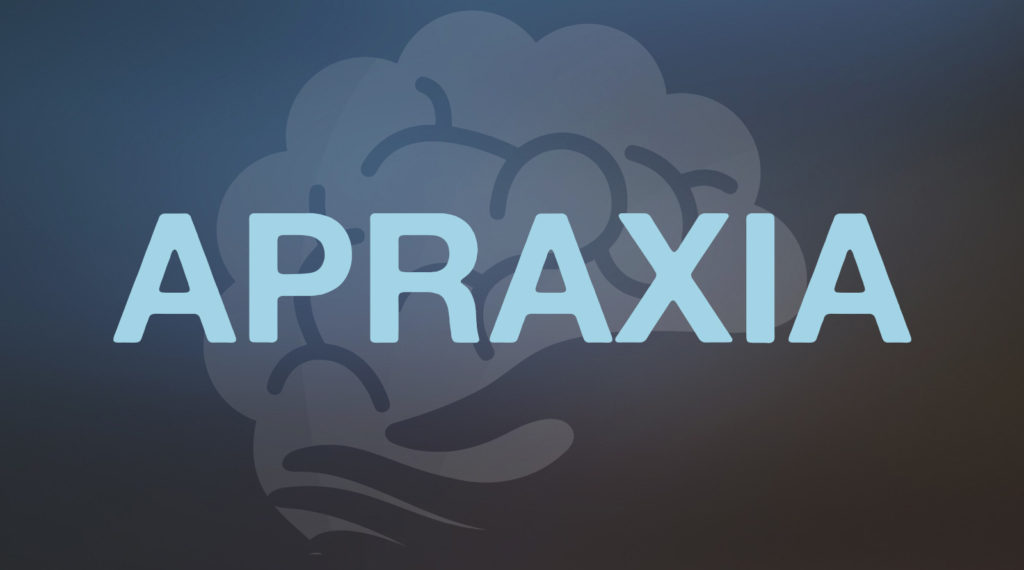 Apraxia is a complex disorder, with no medical test offering a definitive diagnosis. Instead, professionals look to a constellation of signs and symptoms along with astute evaluations in order to determine if a child who is considered a late talker has apraxia

Children who have been subsequently diagnosed with verbal apraxia often share a history of some common signs. During infancy they engage in limited sound play and babbling, often described as ‘quiet’ babies by their parents. The variety of sounds displayed in their babble is limited, and they may only use a few consonants and vowels. While their first words may emerge on time, vocabulary growth is slow, and they often rely on elaborate nonverbal or gestural communication instead. Frustration and behavior problems emerge as the child continues to have difficulty communicating.

Signs of verbal apraxia may include the following:

Children diagnosed with verbal apraxia may show the following signs which can throw off an initial diagnosis:

Apraxia of speech is not a “childhood” or developmental disorder but a neurological disorder. A pediatric neurologist evaluation along with a speech assessment from an experienced speech therapist will be crucial for an accurate diagnosis.  Children with apraxia frequently have a constellation of ‘neurological soft signs’ that are associated with apraxia.

Neurological soft signs include the following:

Benign Congenital Hypotonia (decreased muscle tone) of the trunk, which often results in delays in sitting, crawling, and walking. Children with hypotonia often sit with a rounded back and or in a ‘W’ position with their legs due to the laxity of the ligaments at the hips. The low muscle tone may extend from the trunk into the oral musculature, such as the lips, cheeks, and tongue.

Gross and fine motor incoordination may also be observed A child may have difficulty running smoothly, throwing and catching a ball, or holding a pencil with an appropriate grasp.

Sensory processing disorder is also frequently seen in children with apraxia. Children with sensory processing disorder (SPD) have difficulty properly processing the senses of touch, taste, smell, vision, and hearing. Some children can be sensory seeking, in that they seek out sensory input due to being under-responsive to sensation. For example, a child who is sensory seeking might be hyperactive, have decreased attention, crash into objects and touch other people inappropriately. Other children are sensory-avoiding, leading to heightened sensitivity to sensory experiences, dislike being touched, dislike of loud noises, avoid messy play, and be intolerant to daily tasks like hair washing and tooth brushing. Children with SPD can have also have a mixed response to sensory input; they can be sensory avoiding as well as sensory seeking to different stimuli. For example, a child may seek out rough play and always want bear hugs, while at the same time, dislike walking on grass or touching sand. Some children with DSI also have self-regulatory issues; they have difficulty calming themselves and self-soothing, and also often have difficulty establishing regular sleeping and eating patterns.

Delayed or mixed hand dominance is often seen in children with apraxia. In typically developing children, hand dominance typically develops around 2 years of age, the time when the brain begins to allocate tasks specifically to the right and left hemispheres. In most individuals, language lateralizes to the left hemisphere, however, in children with apraxia, the emergence of hand dominance is often delayed, or a child will show mixed dominance, indicating a delay in brain specialization.
[/expand]

How One Community Is Helping a Girl with Apraxia (3 min 22 sec):

The Cherab Foundation is a world-wide nonprofit organization working to improve the communication skills, education, and advocacy of the verbal disabled; all those with speech and language delays or impairments. Their area of emphasis is verbal apraxia, a severe, neurologically-based communication disorder that used to be rare in pediatrics but has been on the rise within the past two decades. (description taken from their website)

The Apraxia Network is a northern New Jersey non-profit support group for families of children/adults with all aspects of Apraxia, located in Paramus. We are a New Jersey State Dept of Education Reg. Provider for CEU’s. Their goal is to provide literature, networking with other parents, support and the newest information in the field. (description taken from their website)

CASANA The Childhood Apraxia of Speech Association is a 501(c)(3) nonprofit publicly funded charity whose mission is to strengthen the support systems in the lives of children with apraxia so that each child is afforded their best opportunity to develop speech and communication.  They are the ONLY national nonprofit dedicated exclusively to children with apraxia and their families.