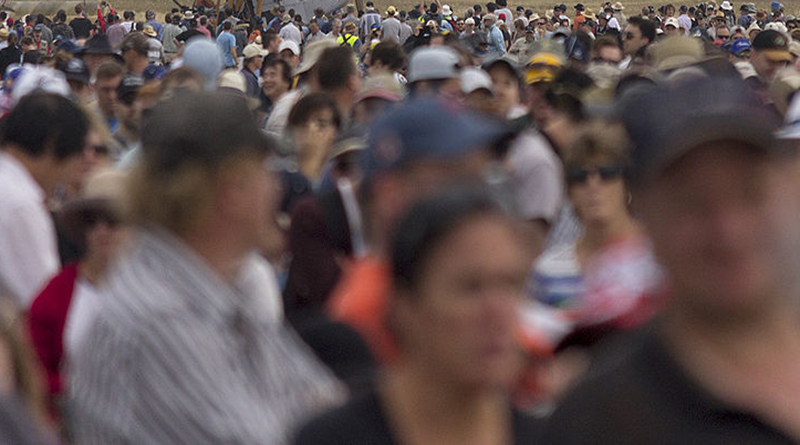 My entire life, I had always considered myself to just be simply shy. I didn’t really like to be in big crowds. I was always nervous to be introduced to a new environment, such as a new workplace, or a brand new class. I had always thought this was pretty typical. Who isn’t nervous going into these situations?

Everybody had always noted certain habits I had when I was in social situations. If somebody spoke to me, my eyes would open wide as if I was a deer in the headlights. I looked as if I was petrified. In high school, after switching schools, I started getting more self-conscious about what other students might think.

“Are they watching me right now? Do they think what I’m doing is weird? I sure hope not. I’m not doing anything wrong, right?”

Despite these traits, they never affected me heavily in high school. In fact, I had what I considered to be a pretty successful school life. I had a bunch of good friends and accomplished almost everything I wanted to. To myself, my social awkwardness was just extreme shyness.

The further I went through college, however, the harder these traits started to affect me. I started to actually become intimidated by new surroundings. Speaking in front of the class became something of a nightmare for me. Speaking with a group in class at all was even hard. Almost anywhere I went, I felt uncomfortable. But still, I thought nothing of it.

These habits and issues became much bigger this past summer. I got a job for the summer working at a popular South Florida restaurant as a host. As hard as I tried to go in confident, I could not help but be intimidated. The staff was huge and almost all of them were very close to one another and had been working there for quite some time. And here I am in a brand new environment working with a ton of people I’ve never met before. All of these traits led to my downfall.

I was nervous of making any mistakes or looking foolish in front of dozens of people I did not know well. And on top of that, my job was to greet the customers when they walked through the door, and look comfortable and happy doing it. Then I had to keep all the servers happy by making sure they were all seated fairly and appropriately. Needless to say, I felt an immense amount of pressure.

With this running through my head, it was impossible to do my job at an efficient pace. Every night, I was making mistakes: seating people at the wrong table, saying the wrong thing to a customer without realizing it, not being clear because I was too nervous to speak firmly. I would run back to my podium and ponder consistently on the events that would take place, just simply blocking everything out. And because I was thinking so much about the events that just took place, it was impossible for me to move forward and do my job right for the rest of the night.

Finally, it hit me.

I had social anxiety disorder.

Once I figured it out, I spent time trying to figure out why. “Why do I feel this way? What has given me this anxiety? Why do I care so much?”

Whenever I was alone, I would spend hours a night trying to figure out what caused this. Maybe it was from an incident I had when I was younger. Maybe I just put too much pressure on myself because I’m a young man with a lot in front of him.

To try and figure out why I was so socially anxious, I began seeing a psychologist, where I was officially diagnosed with moderate social anxiety disorder. But instead, we focused on “why” for only one meeting. After that, it was all about handling it.

At first, it didn’t make a whole lot of sense to me. But the more I thought about it, the more it added up. The truth was, it didn’t matter. I know what the issue is. I had officially become diagnosed with social anxiety. So what good would it do to figure out why I had it? Figuring out why isn’t going to get rid of it. It will only make me more anxious. Figuring out how to improve upon these habits is the only thing that will help.

And this idea can apply to anything. Knowing the issue at hand and accepting it will only help. Sometimes having a diagnosis can be the first step you need to move in the right direction.

For me, I was able to accept that I was socially anxious, and find ways to handle these uncomfortable situations. After accepting it, I was actually able to do my job more comfortably. Sure, there were plenty of moments that made me uneasy. But they got better over time.

Even now, I still deal with social anxiety in some spots. Things like big crowds still make me anxious, but it does not impact me as severely as it did before. Knowing my comfort levels and knowing how to handle situations that made me feel uncomfortable have helped me grow much more as a social individual.

How Neurodiversity Shaped Me Into Who I Am Today

Allison Dyke discusses how her journeys with family members with Huntington’s disease, as well as her own challenges, but her on the path to working for those of us with different brains.

Why Narcissists Act the Way They Do

Neurodiversity in the Arts: “Fitting In” by Colin Thompson