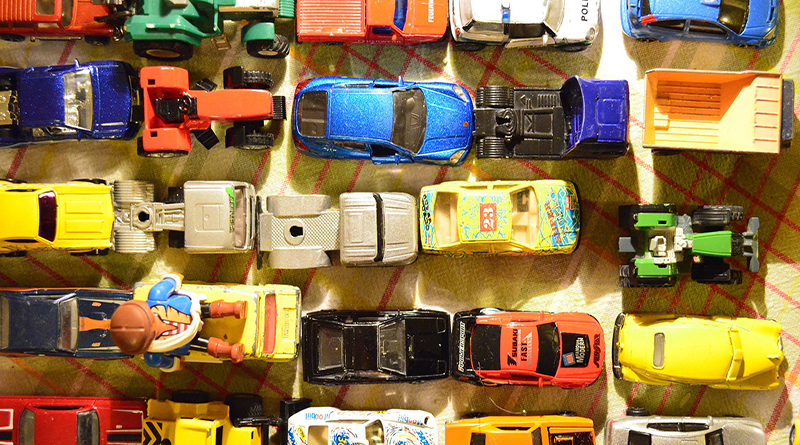 Scarlett Wilgis is a four-year old with cerebral palsy. In the past, her family has had trouble finding toys that meet her needs because she cannot open her hands without difficulty and needs assistance getting around.

As her mother Dezaraye Wilgis put it, “”Finding the toys at Walmart or Target, they’re pretty much non-existent, or if you get them through a medical supplier they’re extremely expensive.”

While toymakers have started making dolls with wheelchairs and crutches in an effort to be inclusive, toys designed to be used by disabled children like Scarlett are rare. In order for toys to meet the needs of the disabled, they often have to be custom designed for each child, which sends costs soaring.

Two professors at the University of North Florida recognized the problem and decided to act, creating the Adaptive Toy Project. The project works with UNF students to convert commonly sold toys into customized versions for children with disabilities. The program is also receiving funding from the National Institutes of Health.

Dr. Alison Cernich is a neuropsychologist and director of the Eunice Kennedy Shriver National Institute of Child Health and Human Development at NIH. She says they are funding the Adaptive Toy Project because it is “getting students in the early phases of their training thinking about ordinary objects, toys, and how to adapt those toys so that children with limitations can use and play with them like children without limitations.”

As Dr. Peter Rosenbaum, a professor of pediatrics at McMaster University put it, “We can’t ‘fix’ them, what we can do instead is say, ‘What would a child at this age and stage of development be doing if they didn’t have their impairment? How can we give them those experiences?’ This changes the perspectives of everyone around her, and her perspective of herself.”

Electrical engineering student Chris Martin was assigned to work on Scarlett’s toy car. Features designed especially for her included a push button to replace the steering wheel and a remote control mode. The custom toys would usually cost about one thousand dollars, but the eighteen families currently enrolled in the Adaptive Toy Project receive them free of charge.

The program gives children with disabilities a chance to enjoy childhood in a way that they could not in the past and improve their outlook on life in the process. As Dr. Peter Rosenbaum, a professor of pediatrics at McMaster University put it, “We can’t ‘fix’ them, what we can do instead is say, ‘What would a child at this age and stage of development be doing if they didn’t have their impairment? How can we give them those experiences?’ This changes the perspectives of everyone around her, and her perspective of herself.”

When Scarlett’s car was delivered, some students showed her how it worked and gave her a brief tutorial. As she rode around in her new toy, her mother’s eyes teared up as her father accompanied her.

The Adaptive Toy Project and sixty similar toy car programs around the world have brought joy to children and their families this holiday season, and hopefully will for many years to come.

This article was based on a piece written by Jason Dearen of the Associated Pressfor ABC News, which can be found here.

Colorado teenager's film "After War," tells the story of his father's PTSD, and the impacts it had on family life.