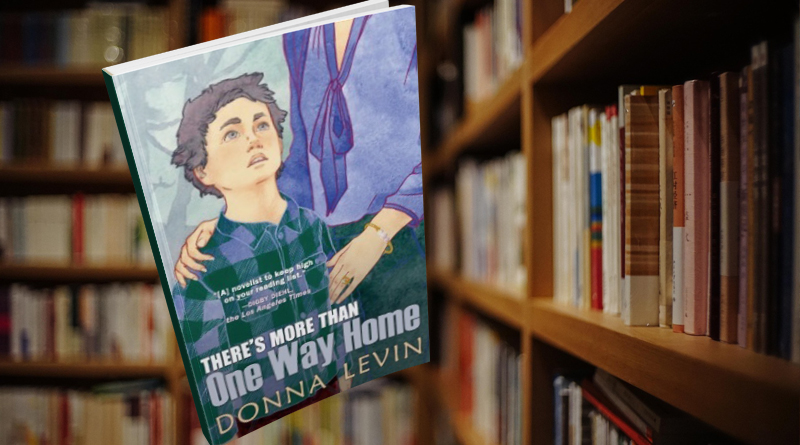 Author Donna Levin didn’t have to look far for inspiration for her latest novel. There’s More Than One Way Home is a compelling story of a mother raising an Autism spectrum child with loving determination. Woven into the story are many of the issues that ASD children face; but the novel draws readers into the complex, broader world of parenting (with a side dose of mystery, romance and societal intrigue.) Levin’s son, now 28, pioneered a public school “full inclusion” program designed to integrate Autism spectrum and other different-brained children into regular classes. He completed elementary and high school in classrooms in which he was often the only special needs student. Levin, who has two other acclaimed novels and several works of nonfiction, chose the novel form for an exploration of both worlds, parent and child.

Set in a mythical city not unlike Levin’s native San Francisco, There’s More Than One Way Home begins with Jack’s fourth grade class on a field trip to an island in the Bay. That ordinary elementary school occasion goes terribly wrong – launching the reader into both Jack’s world and the complicated world of his mother Anna. Levin talked recently about her personal experience of raising an ASD child, and the hard work of drawing on that experience to create a novel with wide appeal. “I tried out seven different beginnings,” she says, “before finally settling on the field trip. I certainly never meant to write a mystery.” But the element of mystery, for this reader, added to the novel’s easy readability. 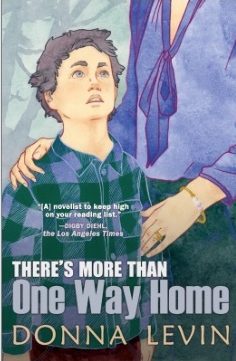 When her own son was entering school Levin says she (and her son) straddled two worlds. “I quickly hooked up with other parents of ASD kids,” she says of his earliest days. “We gave each other lots of support and our kids became friends.” But once the full-inclusion public school started she had to negotiate the world of parents in general. “This was in the fall of 1995 (when her son entered kindergarten) and there was a lot of prejudice and intolerance. There were helicopter parents who didn’t want precious little Caroline to play with the kid who was different. In the last ten years awareness has exploded; in the 1990s the spectrum was not at all understood.”

Anna, the protagonist mom in More Than One Way Home, finds solace in romance and compassion from unexpected corners. For her own part, Levin has had strong support from her husband and a member-of-the-family caregiver (who is recognizable as a similar character in the novel.) But she survived thoughtless comments from casual and close friends alike. “I just never wanted to be patronized, or pitied,” she says. And the issue of ASD and ASD families remains widely misunderstood. Recently a friend tagged Levin in a Facebook video of a Down Syndrome child singing in a car. It left her in a rage. “If this was a parent videotaping her child the way any parent does, then fine. But it’s difficult not to see this as ‘oh look at the kid with the disability singing just like a normal kid!’”

So there is work to be done to educate and inform people like this writer who have not parented children with disabilities – and work to be done in behalf of other ASD parents. Levin feels it’s important to help parents identify ASD children early. If a 2 ½ year old seems to have stopped developing speech skills, or to be excessively concerned with routine, perhaps his parents could use a little nudge to test for ASD. “Early intervention is critical, because speech and occupational therapy can be of great help.”

Over the years, Levin sees changes have been made, and for the better. She also cites the success of her son, who completed college level classes and is working toward full employment and independent living.

Perhaps the most eloquent testimony to understanding and peer-acceptance came when Levin’s son had a party after his Bar Mitzvah, attended by many of the young people who had been his classmates since kindergarten. In the “friendship circle” formed so everyone could have a chance to say something affirmative about their friend the comments ran to “… you were the first person to come say hello to me.” Or “you made me feel like you were always glad to see me.”

Which reaffirms the universal message of childhood and personhood, Autism or not: kindness wins.

Fran Moreland Johns is a San Francisco-based freelance writer. Her blog, franjohns.net, focusses on social justice issues, and other issues of general interest.

Donna Levin also writes for Different Brains, and her previous pieces can be seen here. Thank you to Fran for sharing her review of Donna’s book with our audience.

Fran Moreland Johns is a graduate of Randolph-Macon Woman’s College (BA, Art) and holds an MFA in Short Fiction from the University of San Francisco.

For many years a newspaper and magazine writer, she has had work published in The Atlanta Journal-Constitution, USA Today, Business Atlanta, Parenting, National Real Estate Investor and a wide variety of other newspapers and trade magazines. Until its purchase by Forbes in 2010, Johns wrote a paid blog, Boomers and Beyond, for news aggregate site True/Slant.com. She has written for online sites including Beliefnet.com and blogged on Huffington Post, Red Room and Open Salon. She currently blogs at franjohns.net.

Johns is the author of Dying Unafraid (Synergistic Press 1999) and Perilous Times: An inside look at abortion before – and after – Roe v Wade (YBK Publishers 2013.) Since broadening her scope to include fiction in the early 1990s Johns has published stories and articles in The Sun, Grit, Literal Latte (1997 Fiction Award winner for the short story Eddie Rakeleaves) and elsewhere. She is the author of a commissioned biography, Charlie’s World; the biographical memoir Never In Doubt; one volume of the 13-volume Learning is for Everyone textbook series; and segments of several anthologies.

Johns has served on the boards of Compassion & Choices of N.CA and the San Francisco Interfaith Council. She has served leadership roles with Calvary Presbyterian Church, and is active in local civic, arts and literary affairs. A native of Virginia who spent much of her adult life in the Atlanta area, Johns now lives in San Francisco with her husband, writer/publisher Bud Johns. She has three adult children and five grandchildren.

The Student-Athlete: Mental Health During COVID-19

Jonathan Spaan discusses the impact that COVID-19, and the related cancelations and shut-downs, has had on student athletes.

Advocate Anita Lesko describes the experience of addressing the United Nations on World Autism Day, and the work being done to help those on the spectrum around the world.

Normal Challenges, With A Twist Of Autism: Growing Up On The Spectrum

Eryn Segal highlights the day to day challenges she faces as a young woman on the autism spectrum.