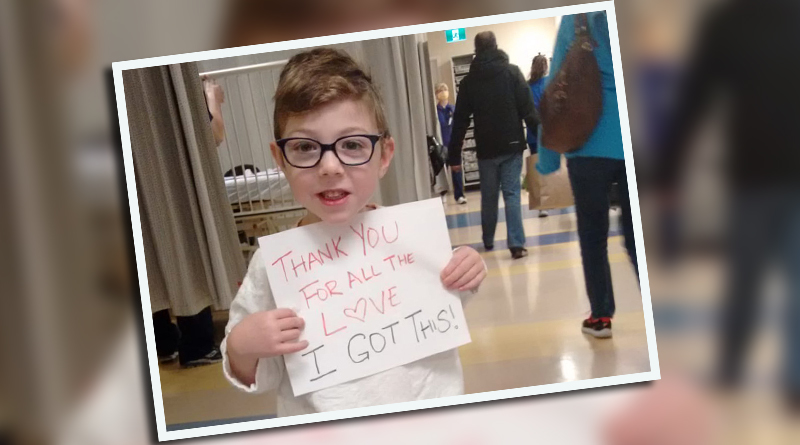 Ben Shwarzman, a five-year old boy living in Maple, Ontario, Canada, underwent surgery in Toronto to help treat his Cerebral Palsy and allow him to walk for an extended period of time. Ben received a Selective Dorsal Rhizotomy (SDR), in which certain nerve rootlets in the lower back that cause the spasticity, or increased muscle tension, associated with Cerebral Palsy are cut, leaving the normal nerves intact and allowing for more controlled leg movement and reduced spasticity. Essentially, SDR allows the brain, spinal cord, nerves, and muscles to communicate more properly by severing the connection from the nerve rootlets in the lower back that send the abnormal signals to the legs muscles that cause them to tense up and make it harder for the patient to walk. This allows patients like Ben, who was born with Cerebral Palsy, to lead more ambulatory lives.

Marcie Shwarzman, Ben’s mother, recalls the circumstances surrounding Ben’s birth, “It was completely unexpected,” she said, referring to the “silent delivery” he had in week 33 of her pregnancy. “On Oct. 19, 2013, Noah literally flew out. I still had my clothes on, there was no labour.” With Ben, however, Shwarzman’s cervix closed and doctors rushed to perform an emergency C-Section. “In those six minutes before Ben was born, there was a lack of oxygen to his brain,” she states, “and that resulted in him being born with cerebral palsy.”

Shwarzman describes Ben’s cerebral palsy as follows: “What was hindering Ben was his lower legs… Imagine your legs constantly pulling tight like an elastic and you are in constant pain all the time. If we didn’t massage his legs in the morning, he would fall right out of bed and he would get tired very quickly from walking and fall over.”

Ben underwent the procedure at the Toronto-based Hospital for Sick Children, also known locally as “Sickkids.” He was one of twelve patients approved to undergo the surgery there. Prior to the early 2000s, SDRs were commonly performed at Sickkids; however, the Ontario government defunded it until recently, much to the delight of the Shwarzman family.

“When OHIP (Ontario Health Insurance Plan) published the surgery would return to SickKids in the year 2018, the doctor to perform the surgery received funding for 12 children,” said Shwarzman. “Our family applied, we were one of hundreds of applicants. We met with doctors and neurologists for an in-depth assessment – their criteria is very strict.”

Ontario provides SDR surgeries via the SDR program at two locations: Sickkids and the Holland Bloorview Rehabilitation Hospital, both of which include an assessment clinic, surgery and post-operative rehabilitation.

Ben is incredibly self-motivated and described as “the happiest child you will ever meet,” According to his mother, “It’s been an uphill battle… but he is eager.”

She continues, “Ben was in a wheelchair and later progressed to using a walker. But now he is walking independently again. His moves are seamless, whereas before it was very strategic – you can see that in his motor planning, it’s not even a thought.”

Included in the post-operative rehabilitation is intensive therapy five days a week, where Shwarzman elaborates, “They are basically teaching him new pathways to walk,”

The community has supported the Shwarzman family tremendously. “The students have written Ben individual cards of encouragement and Chai Lifeline made sure that our children were taken care of, showing them love and support and giving my husband a much-deserved night off during the week.”

Ben will finally go home on February 28. What are the big plans when he gets home? “Hockey is huge in our home,” said Shwarzman. “Ben’s brothers and father can’t wait for him to skate with them, something he has never done.”

The First Comic Book Character with Down Syndrome

Publisher Lion Forge is set to introduce the first hero with Down syndrome in the new comic book Superb.