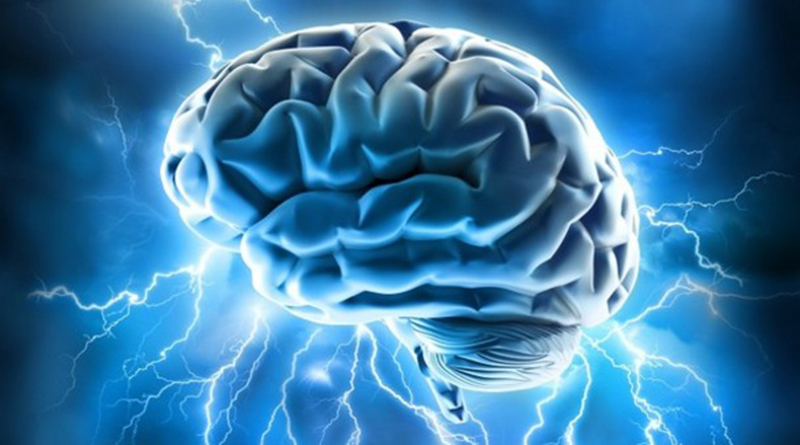 In this column, I will be discussing my experiences in neurodiversity as well as my own experiences with anxiety. But before I can share my thoughts and observations, it is important that I share my story of how I got into neurodiversity in the first place. Because prior to those experiences, I never understood and often judged those whose brains would be considered “different.” But now, not only do I understand and appreciate neurodiversity, I can now consider myself to be a part of this community.

Growing up, I was very uninformed of developmental or intellectual conditions. Throughout school, my peers and I only thought of the students in ESE as “the disabled” or “special needs” kids. I was aware of the existence of most conditions, like autism or Down syndrome. However, I did not know what exactly they were.

Given the environment, it was hard to understand anything more than that these kids had disabilities (not hidden talents as I would come to discover). After I left my first high school, I would hear stories of students in ESE being made fun of. I heard one account where a student from ESE was randomly brought in to a music class to play a song on the piano. Everybody supposedly laughed at him, including the security guard and teacher. Even without much understanding of these conditions, I still knew mocking the student was wrong. Yet, my lack of knowledge or understanding was very obvious in those years of my life. There were some kids that I went to school with for years that were just considered to be slow or “odd”, simply because of the way they acted.

There was a young man I knew named Francisco. Everybody knew he was a bit different. He had trouble making friends and struggled talking to others. In second grade, he would follow me around just because my seat was assigned next to his. From that point on, he would refer to me as his “best buddy.” This lasted into my first year of high school. Those days, I had a group of friends I would hang out with at lunch at the same spot every day. One day, Francisco spotted me and some of the other kids in the group that he recognized, and decided to squeeze himself into a seat at the table. The first time, we just ignored it, because we knew he liked to wander around during lunch. But then it continued. Sometimes he would just sit with us without even saying a word. Other times, he would try to start up conversation by talking about things he heard us talk about before, like the latest episode of Family Guy or how the Marlins were doing. There was even a time he insulted one of the girls at the table because he had heard one of us do it facetiously the day before, and he thought it was the funny thing to do.

The following year, after he switched schools, I learned that he actually had autism. And at the time, it made sense to me. Not because I understood autism at all, but because he acted “different.”

A couple years later, I started a new school. It was a dual enrollment program where you went through a pretty long process to get accepted: taking placement exams, writing essays, and having your academic history examined. It was almost like applying to college. And that is where I met Chris, who had many of the same tendencies as Francisco except a bit more extreme. In the middle of class, he would do things like stretch his leg behind his head or start dancing in his seat. He would also make statements that would frustrate or aggravate other students, especially myself. There were even points where I reacted a bit harshly towards him. However, he was also one of the more academically successful students in the school. He would tell everyone that he would read and re-read every single textbook from every single class at home. He would actually start reading the books as soon as he got his hands on them before the semester started.

Eventually, Chris confided in one of the more understanding students that he had Asperger’s and ADD, among other conditions, and that he was actually the first one with such conditions to be accepted into the program. Once again, this did not necessarily come as a surprise to me, even though I had no idea what autism really was.

I then began my college career at Florida Atlantic University as a film major. Seeking opportunities, I came across an email inviting students to audition for a new series that would be airing on Owl TV, FAU’s television station. To get my foot in the door, I decided to give acting a shot and surprisingly got a part.

One of my cast-mates, a girl named Sara, was actually a special education major. She had a theatre background, but wanted to pursue special education due to her experiences with her younger brother, who had autism. She would share stories about how she would help him and other students. She was also the first to introduce to me the idea of “person-first”. It’s an idea that stuck with me, and still does to this day. And through meeting her alone, I started having a better appreciation of autism.

Over the summer, we were looking to find somebody that could play the girlfriend to my character. Sara’s suggestion was her best friend Gabby, who had been coming down for the summer from the University of Tampa. After meeting, her and I hit it off and shared a lot with each other. We actually ended up dating in real life.

One of the things she shared with me was that her eighteen-year-old brother, Aaron, had autism. She told me about a lot of the experiences she had with him and some of the qualities he had. His interest was Disney and Pixar movies, and he loved playing on his iPad. He was also very friendly with girls, and was not shy about starting up a conversation with waitresses in restaurants or talking to any of his sisters’ female friends. He also had a few routines that he stuck by, like going out to dinner every Friday at 6:00 p.m. with the family.

After that summer, my new understanding came into play when I returned to school and was introduced to my dorm mate Gary.

While I was never told that he had autism, I noticed he had a lot of the same tendencies as Aaron. He would get upset if I interrupted or broke any of the habits he was used to. For instance, he would get noticeably aggravated if I left any lights on in the common room when he was going to bed. Even if it didn’t wake him up, he would still get upset if he saw they were still on the next morning. I would tell Gabby about these instances a lot, and she would always tell me the same thing: “Just respect the routine.” And that’s exactly what I did.

He also had heavy interests in Grand Theft Auto and hip-hop music. He was able to name every song that played on the fictional West Coast Classics and Radio Los Santos stations from GTA V. He would also strike up repetitive conversations about the game or the song he just heard with anybody that walked though the door, whether they were my friends or another roommate’s friends.

With all these people entering my life, it was almost as if fate wanted me to learn about neurodiversity. For most of my life, I had misunderstood or judged these kids just because they acted a bit different. And while, at that point, I still only understood so much, I really thought I had developed a real understanding of autism.

And yet, this was simply an introduction, and only the beginning of my journey into neurodiversity.

ADHD Has a Terrible Name

Megan Baksh details her struggles with insomnia, and how she tries to combat it.