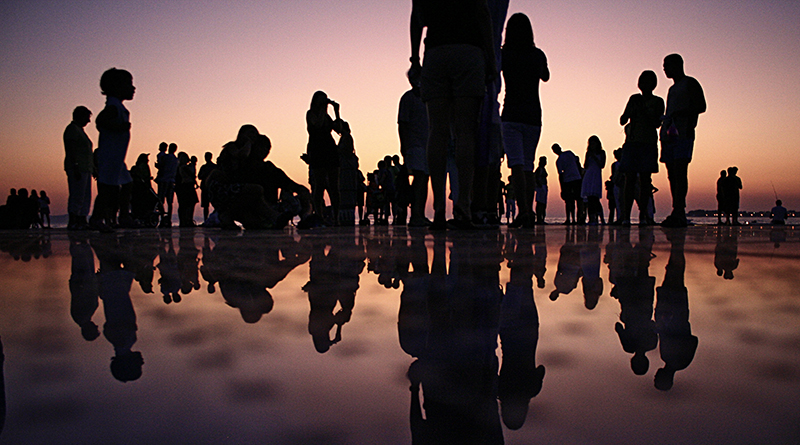 This piece was originally published on Julie’s blog www.whoisbetterthanyou.com, and presents an introductory viewpoint on the idea of neurodiversity. Republished with the author’s kind permission.

How do you write about a subject that is so universal and important and not be humbled by it? You don’t. Neurodiversity is a subject matter we all constantly face and it is so important to our humanity and society in general. I will be as courageous and thoughtful as I can. This subject is delicate because as a society we do not live in our truth and understanding.

Neurodiversity can tackle a lot of ground. ADHD, Anxiety, Depression, PTSD, Autism, Asperger’s, schizophrenia,dyslexia, downs syndrome, and of course Addictions just to name a few.  Yes, addictions… Addictions are a part of the issue.

Neurodiversity  affects us all, some more than others. Families deal with issues not only in private but in public as well.  The stares, the onlookers, the teachers and principals, and the government.  This is an issue that is growing and becoming a big voice of concern.  So how can we as a society start to understand and have compassion instead of shame, resentment and anger toward what effects so many different families? We can change it when we no longer “shame it”.  Bring it out into the open and discuss it like the adults we are all trying to be. People it exists, call it whatever you want. We can do better.

You see there are no economic boundaries that this important issue does not touch.  As a matter of fact, it largely touches everyone. Denying it only makes it worse.  I myself have dealt with depression, it is ugly and life draining. At an early age I understood the world was not fair and I would get my share of lumps along the way. No one explained to me that at times life would feel unfair. I had to figure it out. Now when I see it in other people’s lives I have compassion in my heart.

In my own family we have dealt with a lot of neurodiversity. Without calling anyone out I can honestly say this, it hurts with a capital “H” when it happens to you. You realize most people do not understand what your daily life entails. Many of us have people that are addicts or have been in the past. I have many friends with children with Asperger’s and autism.  What I see is that all of the other family members still judge the parents like they have some control over their children. News flash: they do not. Parents of these children struggle to make their children’s lives better. Family times can be awkward and painful.  Managing expectations even more so. Sometimes it is better to not even attend. Strong loving relationships are challenged because someone is not “normal” or behaving. This is judgement in its worst form.

When you have someone in your life that suffers from a way of thinking that is different from your normal… take the time to put yourself in their shoes… Just for a day. Understand the what it takes to get through the day. As a society we are very quick to judge and then move on.  I am begging you for one day please understand that the issue is not going away.  If anything we have an epidemic going on in this country and around the world.  If you work in public service as a teacher or are an EMS, and there is an emergency, do you know how to respond? Are you trained? Here is an example of why this concerns me.

A beautiful friend of mine recently was driving to see some family. One of her boys had “an episode.” As she was driving over a bridge her boy grabbed the steering wheel of her vehicle. She had to stop on the bridge and calm him down in a nearby field. He has autism. As you can imagine the traffic was backing up. The EMS arrived on the scene and started shouting at the mother. They were quick to judge and they had no idea what was really happening.  They are so lucky they were not dealing with a vehicle hanging over a bridge. The traffic was getting angry, the Mom was stressed inside but calm on the outside. Can you even imagine what it took to be calm at that moment? Put yourself in her shoes for those ten minutes.  Take the time to understand what other people are going through. It will make you a better person. We need to train everyone in the public sector to understand neurodiversity. Think about the jobs it would create!!!

I dated a guy that suffered from PTSD. He is a great guy. Wonderful to me, that is all that mattered. His PTSD stemmed from growing up in South Africa during a violent time and then being one of the last guys out of the Twin Towers on 9/11. I met him at a dinner party on the beach. Highly intelligent, funny, articulate and well read. His story is like so many others that suffer with PTSD. He was a little paranoid and a little controlling. Knowing his story changed the way I look at the condition. Yes, he truly was a victim. Yes, it was beyond his control. Yes, he is entitled to view the world differently. You see he had so many different experiences with evil and life-threatening challenges. After 9/11 he had to learn to walk again. He had to learn to Trust life again. He could have a dark side, it was a little scary. He was not angry with me but he did like to control his surroundings and the people around him. I am such a free spirit that in the long run it did not work for us. I still feel blessed to have dated him and know him. He was so good to me in every way. When we broke up I cried. I did not want to contribute to his darkness. I could not save him. All of the positive moments we had meant the world to me. It was just not meant to be. He showed up as a romantic interest and became one of the best teachers I have ever had. Every time I look at a veteran, especially a homeless vet I wonder how they got there.  What did they have to go through and witness to keep my country safe?  Every single time I say a silent prayer. Same thing for police officers, emergency personnel in every category. People this is real. Take the time to understand.

Labeling is painful. When we, as a society, start to take the time to understand most of us have different brains- brains that are not wired the exact same- compassion thrives. Be kinder more helpful to your family members and friends that have these aspects in their daily lives.   It will not change the issues but the outcome.  Shaming anyone for any issue concerning neurodiversity says more about your intelligence than it does theirs.  We live in one world.  The next time someone is having an outburst of any kind, do me a favor, please?? Send a silent prayer their way. The only way this is ever going to change is if the so called “normal” people change their perspective.

Who is better than you??? Nobody.

This piece was originally published here. Republished with the author’s kind permission.

Share on FacebookShare on TwitterShare on Google+
Julie Saumsiegle

Julie Saumsiegle shares her life experiences with an audience that spans the globe. She has been a successful financial advisor for over 25 years, is the single mother of two children, and the author of the blog
www.whoisbetterthanyou.com. Her passion for the underdog in all situations is the inspiration for her writing. Growing up as a military brat, she understood the need to adapt to constant change as no place was ever home for more than a few years at a time. This experience enabled her to see the world in a different light than most kids growing up. Always the new kid on the block, she had to fit in and remember a lot of names. Julie has a passion for children’s causes and believes in a world that needs to unite for the betterment of all humanity. Her blog is dedicated to those seeking enlightenment or just a better life.

Exploring Alternative Routes to Meaningful Income for Adults with Autism

Nick Venturella of AutismHR.com discusses how the "gig economy" can present income and experience to those on the autism spectrum that may otherwise be unable to find employment.

Darlene Lancer, JD, MFT discusses multiple forms of narcissism, and highlights a trait they all have in common.

OCD Has Made History, And So Can You!

Emily Carter highlights the role people with OCD have played throughout history, and offers tools for stress reduction.