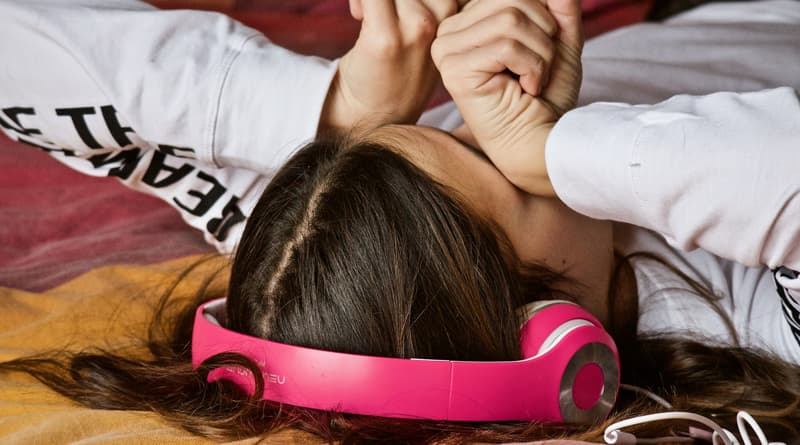 Misophonia comes closer to being an official diagnosis

Misophonia often goes under-diagnosed, if not dismissed entirely by some doctors as being side effects to other conditions. To this day, there are no official criteria for a diagnosis of misophonia in any medical manual, including the most recent edition of the Diagnostic and Statistical Manual of Mental Disorders (DSM-5). Duke University’s Dr. Jennifer Jo Brout would detail in her years of experience in the field, that beyond the individual developing coping mechanisms, there are no forms of treatment or cure that we know of, but quite real nonetheless. Some, however, have proposed that misophonia may be most appropriately categorized under “Obsessive Compulsive and Related Disorders.”, other medical professionals can mis-diagnose it as a mood disorder, anxiety disorder, bipolar disorder, or dismiss it altogether. But thanks to the work of University of Iowa assistant research scientist, Phillip Evan Gander, and his research team, a published 2017 study in Current Biology has produced what Portland audiologist Marsha Johnson claims to be “Phenomenal. It was the first piece of research that showed our population that what they had was real.”

In 1999, Marsha Johnson was considered one of the first professionals to identify misophonia, but originally called the condition “selective sound sensitivity syndrome.” Misophonia and sound sensitivity often are misconstrued to be one in the same, when in fact there are several disorders that include the symptom of sound sensitivity, such as obsessive compulsive disorder, anxiety disorder, depression, Tourrette’s syndrome and others. Misophonia, however, is literally defined as the “hatred of sound”, causing a selective sensitivity to specific sounds, but not sound in general. Each case is different according to the individual. There are mild cases in which certain sounds are slightly less tolerable than others, to severe cases where the individual can be debilitated by their excessive sensitivity to certain “trigger sounds”. A trigger sound is audial stimuli from the environment, more often background noise than not, but any sound: breathing, chewing, stepping, swallowing, lip smacking, tapping, even saying a specific spoken word, can create an immediate negative emotional response from exposure to the individual hearing it. Each individual has their own “trigger set”, a collection of specific sounds that may only affect themselves, and not others.

Exploring the symptoms of misophonia

Some people with misophonia may feel a mild level of discomfort, while others may very well experience a ‘fight-or-flight’ reaction. A fight-or-flight reaction is known as the acute stress response, and happens when someone is confronted by something that may be frightening, either mentally or physically. Scary stimuli can cause the body to release hormones, in a way of preparing the individual to either stay and confront the issue, hands on, or to run away to find safety from the threat. Someone with a more severe case of misophonia may gauge the sound as a form of threat, resulting in agitation, offensive/violent behavior, and/or may even run away, going as far as to hide from, or mimic the sound as a defense mechanism. Los Angeles psychotherapist Jaelline Jaffe observed, ”It’s as if the survival part of the brain thinks somehow it’s being attacked or it’s in danger.” As much as we currently understand about this disorder, without a proper diagnosis or criteria to understand specifically what it is that misophonia affects or does, it is difficult for medical professionals to properly identify, let alone treat, the condition.

So Phillip Gander and his research team analyzed the responses of forty-two adult participants (twenty adults with misophonia, twenty-two without), rating the unpleasantness of specific sounds such as eating, breathing, nails on a chalkboard, and even neutral sounds like footsteps or birds chirping. Gander made an interesting observation, “What happened was that the response to the neutral sounds and negative sounds were the same in both groups.” A distinct difference between the two groups showed that only those in the misophonic group were highly disturbed by the breathing and eating sounds, while there being no effect on the non-misophonic group. Gander would further explain that “In the misophonia group, the activity was far greater in particular parts of their brain,” which would include regions in the brain that process emotions.

Many agree the study performed was interesting, but certain skeptics including University of British Columbia psychiatry professor, Steven Taylor, make strong points as to where the study could have been more thorough. Taylor’s initial concern was that the information was gathered in the form of a short, simple questionnaire, “In studies of clinical conditions like misophonia, diagnosis by questionnaire is typically inadequate. A face-to-face interview with a trained clinician (e.g., a psychologist) is typically needed,” he would also point out that the study does not directly show what causes misophonia, only that certain brain regions and their connections are associated with the condition. Gander gladly accepts the criticism as being constructive, knowing there are some ways his study can be improved upon. That being said, this research is nothing short of a big deal to the misophonia community, and can lead the way to real diagnoses of the condition, with possible treatment opportunities.