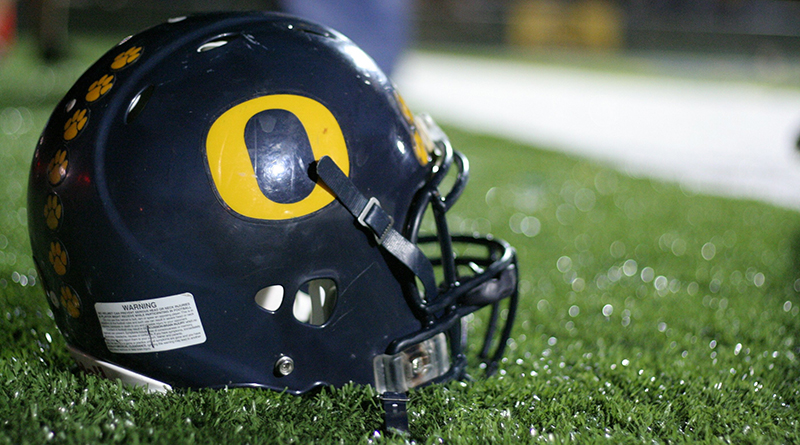 According to Dave Marver, one of the founders of Vicis, the future of football “is at risk because of safety concerns. The existing helmet companies aren’t innovating fast enough. They’re innovation has been incremental. This is not an incremental problem — this is a major public health problem. We need to solve this issue of sports-related concussion.”

While they acknowledge that no helmet can completely eliminate concussions, the founders of Vicis claim that their new helmet has an impact-absorbing layer that consists of columns that move “omnidirectionally” to respond to impact from any angle. In a promotional video filmed by the company, when their helmet hits a hard, solid surface, it moves and bends at the moment of impact, almost like rubber, whereas the traditional helmet bounces hard, rattling the head of the wearer. The video also features Seattle Seahawks wide receiver Doug Baldwin, and NFL Hall of Famers Roger Staubach and Tony Dorsett. The other founders of Vicis include Sam Browd, a pediatric neurosurgeon and the medical director of the Seattle Children’s Sports Concussion program; and Per Reinhall, is a professor and Department Chair of Mechanical Engineering at the University of Washington.

“Helmets were never intended to prevent concussions,” says Browd. With the Zero1 helmet, “what we’re really trying to do is take this common sense approach to it. “The more force reduction you can bring, the more likely you are to reduce the risk of concussion.”

“If this concussion problem is not addressed,” says Reinhall. “I think the game is in danger.”

The expected retail price of the helmet will be around $1,500, about four to five times of the average helmet, but the board of Vicis is confident that NFL teams will be interested in purchasing the helmet for next season. But the goal of Vicis is to get the cost down enough that the helmet can be adopted by younger players.

As reported in a story on wired.com, Browd said his five year-old son has taken an interest in football. But when asked by wired.com writer Liz Stinson if he’d consider letting his child play, Browd said, “With current helmets, I’m not sure. I think with the Vicis helmet, if we sustain the performance improvements we’re hoping to achieve, I would feel comfortable letting my son play because it puts the risk of the sport back towards the median.” Stinson also interviewed Tim Gay, a physics professor at the University of Nebraska-Lincoln and author of The Physics of Football, about the helmet. Gay said the helmet’s principles work in theory, but there are few ways to know for certain without testing it on an actual player. “It’s very difficult to see ahead of time whether it’s going to work or not,” he said. “I appreciate that they’re trying to make the game safer, but I want to see the data they have.”

During the 2013 NFL preseason and regular season, there were 228 diagnosed concussions. An increasing amount of research has tied concussions and repeated, mild- to moderate-brain trauma to long-term, neurodegenerative diseases like chronic traumatic encephalopathy (CTE). A report released in 2015 found that of the 91 brains of former NFL players stained for CTE, 87 tested positive (96% of all players tested).

Sources for this piece may be found here and here.

Link is found between Autism and Synesthesia