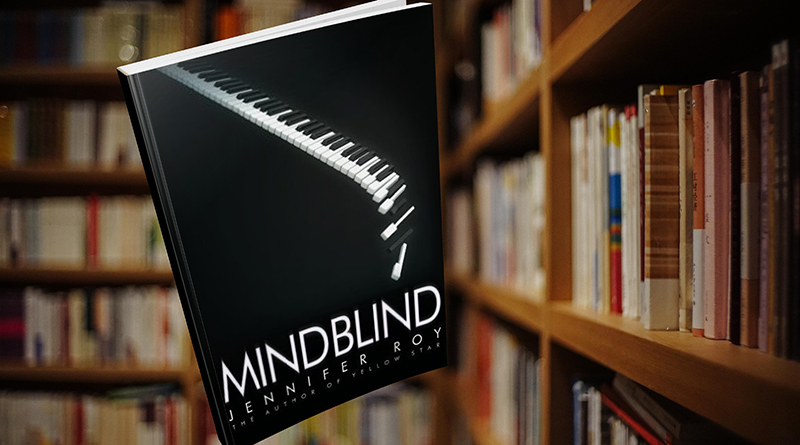 Many Minds Are Blind

Jennifer Roy’s Mindblind is middle-grade fiction, but there are some lessons for the parents here as well, especially those who could use an empathy booster-shot. The book is narrated by Nathaniel Clark a 14-year-old autistic savant. Nathaniel already has his bachelor’s degree, and when the novel opens, he’s applying to graduate schools. Mark Haddon may not have been the first author to do so, but he was the first author whose book, The Curious Incident of the Dog in the Night-Time, was widely-read. This wide readership was partly responsible for the controversy it caused, especially within the autism community, for being an inaccurate depiction of a person on the spectrum.

(Curious Incident created plenty of controversy outside the community, too: A number of school districts pulled it from recommended reading lists or banned it outright because of its use of “the F-bomb.” Parents have also been concerned about the atheism of the protagonist. It’s a symptom of how fearful people can be of beliefs not their own.)

The frequent complaint about Christopher Boone (the protagonist of Curious) is that, like the hero of Mindblind, he’s a savant: he’s about to sit for his A levels in math, a heady accomplishment in England, where the books takes place; he can also amuse his working-class father’s friends by multiplying large numbers in his head.

Those who dislike the book for that reason also cite the 1988 film Rain Man in which Dustin Hoffman plays Raymond Babbit, who can memorize a thick phone book in one night. As blogger Greg Olear wrote, “Thirty years later, the belief persists that autistics can reliably count a pile of toothpicks at a glance. This is a powerful negative stereotype that autistic children (and their parents) must overcome.”

These depictions trouble me, too. A very, very tiny percentage of people on the spectrum are gifted in math, or any other subject, to the extent that Christopher Boone, Raymond Babbit, or Nathaniel Clark are.

However, I was struck by what another blogger had to say: “I view with instant skepticism any community response which basically boils down to, ‘but your character’s experiences aren’t exactly like mine.’”

So the answer isn’t to condemn these books. It’s to write new ones. Stephen Shore said, “If you’ve met one person with autism, you’ve met one person with autism.” (This quote is often attributed to Temple Grandin and variations abound.) As many novels and memoirs that already exist, we need many more to get the whole, beautiful, and complex picture of what life on the spectrum is like. And we’ll never get the whole picture, but that’s okay.

Which brings us back to “mindblind”—not the title of the novel, but the concept. Someone who is mindblind isn’t able to imagine another person’s reality. Nathaniel says, “It’s an Aspie term, meaning I can’t seem to guess what other people are thinking.’”

His friend Jessa remarks, “I think it applies to a lot of us who don’t have AS, too. Don’t you think?”

Nathaniel’s mother is devoted to him, but his father, who divorced his mother and then remarried, is the least likable character I’ve come across since Heathcliff roamed the Yorkshire moors. Mr. Clark doesn’t believe Asperger’s syndrome exists. Nathaniel just has to push himself to be more sociable! It’s the height of irony, and adds a touch of social commentary, that Mr. Clark makes a living as a “motivational speaker.”

To the end of turning Nathaniel into a “normal” teenager, Mr. Clark drops him off at a party that he doesn’t want to go to. The results are disastrous.

Nathaniel’s father is the one who is mindblind: he either will not or, more likely, cannot empathize with Nathaniel, or take the small step required to acknowledge, “I don’t understand how he thinks, but he thinks differently than I do.”

Nathaniel has a three-year-old half-brother, Joshua who adores him. Joshua is “the son my father always wanted,” according to Nathaniel, and we can believe it, from the way that Mr. Clark hovers over him, addressing him repeatedly as “Champ,” and “Big Guy.” The little brother, meanwhile, doesn’t know that anything is “different” about Nathaniel, and so engages him simply and naturally.

The moral for parents: Swipe the dry-erase board of your brain clean and see your children through the same eyes with which you viewed them before you knew there was anything different.

Donna Levin’s latest novel, There’s More Than One Way Home, will be published by Chickadee Prince Books on May 1st. One can pre-order book (in trade paper or kindle) here; and read reviews of the book itself here. To read an interview with Donna regarding the new book, click here.

Love on The Brain: Neuroscience & Relationships

By Alex Starr WHEN WE HAVE LOVE ON THE BRAIN The butterflies, the texting all…

Lisa Geng writes a letter she wishes she could've given herself when her son was diagnosed with apraxia.