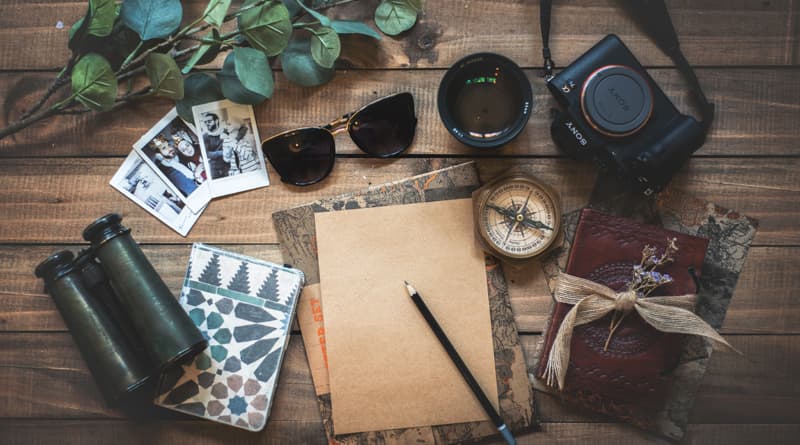 Traveling the Globe with Epilepsy

I was born in Southampton, United Kingdom, but taken to Rhodesia (now known as Zimbabwe) at the age of eleven (11) months’ old. I had a great upbringing thanks to my wonderful mother and stepfather, and was given all the normal qualities of life, i.e. good education, medical care and more. I loved playing sport, i.e. hockey, netball, etc. but my favorite was swimming and springboard diving which I finally made to championship status.

Unfortunately, I hit a diving board at the age of fourteen (14). This led to much trauma at the time, but my parents agreed to let me carry on with both the sports I loved just not from a competitive role.

Two years’ later (at the age of sixteen (16) I was diagnosed with epilepsy. I am convinced this was due to injury to the head, puberty, hormonal imbalances and stress from exams i.e. GCE ‘O’ Level, however doctors denied a few of these reasons.

My seizures commenced as petit mal (now known as absence seizures) which later turned into grand mal (tonic clonic) seizures a year later. I had a supportive family who helped me accept my epilepsy, explained how a seizure occurred, what happened during the process and gave me the courage to have the patience, willpower and understanding to carry on with life as much as possible.

I completed my GCE ‘O’ Levels and at the age of seventeen (17) was given the opportunity to attend the Salisbury Polytechnic, where I obtained a Secretarial Diploma one year later. Here we were taught to type on a manual typewriter, but without looking at the keyboard. I learnt report and correspondence writing, shorthand, editing and general secretarial duties. My parents helped me buy my first typewriter which gave me the practical skills and experience of typing. From manual typewriters of course we went on to electric typewriters, desktops and laptops which were confusing but got us all to where we are today!

With a Secretarial Diploma and Certificate, I knew I was now ready to face the world. Now being independent I left home at the age of eighteen (18), found employment in a Group of Hotels, and moved into my own little flat close by (which my parents helped me fund on loan).

I continued to have seizures but took my medication regularly, had embarrassing episodes in front of my bosses, but due to their caring and concerned nature understood my health condition. I found new friends in the working environment, stayed focused, dedicated and was determined to work hard.

After trying many different types of medication, I was put on Carbamazepine and Phenytoin which I remained on for several years. Due to a shortage of medication and after 46 years in Zimbabwe, I moved to South Africa. Moving to another country had its trials and tribulations with doctors, testing, and the odd change to medication, but eventually this was obtained through an Outpatients Clinic in a Government Hospital for over eight (8) years. Control of seizures was once again gained.

When arriving in South Africa, a visa was stamped in my passport every six (6) months until Permanent Residence was granted three (3) years’ later. During this time, I was not allowed to work or study; this changed my life dramatically. I felt discriminated against and finally five (5) years later an Identity Document was issued.

By this stage, employment was extremely difficult to find, one was discriminated against by both employment agencies and companies due to having epilepsy and I had no other option but to find another interest or hobby. Times were hard, my husband was forced to take early retirement two years early, and my whole life turned upside down! 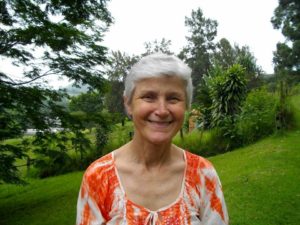 Speaking Out and Self-Advocating

Once basically settled and whilst doing research on Google for side effects of other epilepsy medications, I found Epilepsy South Africa’s website. I was on their site regularly, made contact through email, joined up as a National Member and through my love of typing requested to assist them in some form of administrative work or other.

In 2009/2010 I joined their Epinews Panel (a panel of members with epilepsy), who collect personal stories of people with epilepsy, voluntarily edit them into a bi-annual magazine (Epinews Summer & Winter Issues), and distribute them to members and anyone interested in epilepsy.

Everyone with epilepsy has a different story to tell. They all have their ‘ups and downs’, some people have worse seizures than others, many are shy and do not wish to share their personal story, are bullied and feel discriminated against. Many people do not have the opportunity to get to visit a doctor, do not obtain medication and then suffer with their epilepsy alone day after day without any appropriate care or treatment.

Being on the Epinews Panel and after being a delegate at two (2) of their conferences, meeting other people with epilepsy, certain disabilities, listening to how they coped and how disadvantaged some individuals were, gave me the strength to counsel, give advice, support, love and faith to so many others who had no friends, and no one in their lives who understood the discrimination and stigma associated with the neurological condition.

This also turned me to joining up as a National Board Member, attending National Board Meetings and being more involved with Epilepsy South Africa from a personal aspect. From there I did research on the internet and finally found my way to social networking sites, i.e. Facebook, Twitter and more. My passion had been found and it was my way of finding friends, giving others with epilepsy the confidence to accept their epilepsy, have hope and confidence to continue day by day. Having someone to talk to means so much; my memories of the ‘olden days’ were so difficult to understand then.

I joined epilepsy groups on social media, and have given advice, encouragement and assistance to so many supporters worldwide. I then founded Epilepsy Motive Quotives in March, 2013 (a Community Page on Facebook). I thought this would be a failure, but with well over 11 500 ‘likes’ this has been a great success and gives me pleasure knowing I support many people with informative articles, general epilepsy information, images, motivational quotations and more, all with the purpose of creating a general positive outlook. I also offer my voluntary services as an Ambassador to Carenity UK, another health site I love.

Due to another shortage of medication in the Government Hospital I was being treated at, and after fourteen (14) years of living in South Africa, another urgent decision had to be made. Due to little supply, shortage of medical professionals and lack of expertise and knowledge, another move was made in August 2017 to Northern Ireland. Leaving another country was once again traumatic, seizures occurred, and my life took another turn!

Arriving in Northern Ireland was frightening and very unsettling. I did not know anyone, had no doctor to visit and ran out of medication. Through the right channels, I managed to find temporary housing, a good and caring doctor, and managed to get back ‘on my own two feet.’ 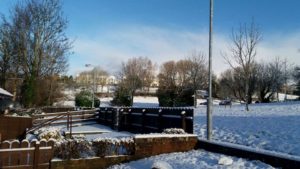 My doctor sent me for further review regarding my epilepsy, I was put on a waiting list to see a reputable Neurologist and once my appointment came up in February 2018 more testing was done. My Neurologist put me on Tegretol and Phenytoin in the meantime until further MRI testing was done.

Once testing was completed, I was called in to see a Neuro-Radiologist. This of course made me scared not knowing what was coming next. When was my life going to settle and when would my epilepsy be stable? Through MRI testing a 30mm brain aneurysm was detected and I was told surgery would be required to stop this from bursting.

This of course was a shock to my system, but I had to ‘pluck up the courage’ to go ahead after being advised that the procedure of stenting and coiling could be done. An angiogram was then organized further.

Tegretol was then changed to Vimpat but the minor seizures continued together with all the side effects that came with it. I remained on Phenytoin during this process. Surgery was done in August 2019, when I spent four (4) weeks in hospital, then was transferred to a Nursing Home (Respite) for another two (2) weeks.

During the six-hour operation, coiling/scaffolding was successful, but stenting was not due to the area the brain aneurysm was located. Due to an infection and anaesthetics, together with the mixture of medications, I went through hallucinations, more seizures and never thought I would come right. I was warned that another operation might have to be done at a later stage.

Another angiogram was completed early 2020 and it was confirmed that the treatment was working!

Treatment Successes and Looking to the Future

My Neurologist has since changed my medication to Lamictal whilst keeping me on Phenytoin; so far, the medication is working well in my 5th month of trial. Altering one’s medication always makes one nervous but listening to one’s Neurologist and Doctor is of vital importance; they usually know what is best for their patients and have the expertise to make good decisions.

It felt like a dream had come true; the joy and relief of not having to undergo another surgery, made me finally realize my life must be improving! Moving from Zimbabwe, South Africa and now to Northern Ireland gave me the chance of being given great medical care that our wonderful NHS system provides! I owe them so much and will be forever grateful to my Neurosurgeon, Neuroradiologist, Neurologist, Doctor and all the nursing and medical staff that are always so caring and dedicated in their profession.

I will soon be sixty-three (63) years of age, have had epilepsy for over 46 years, and will always be passionate about sharing and supporting people with epilepsy.

Advice for the Newly Diagnosed

My advice to anyone being newly diagnosed with epilepsy is: –

Need-Fulfillment: the Key to Happiness

Darlene Lancer, JD, MFT explains how meeting our needs may be the key to happiness.

Living With a Sibling That Has Asperger’s Syndrome

In her first blog for Different Brains, Brooke Segal discusses growing up with a sister diagnosed with Asperger's syndrome.