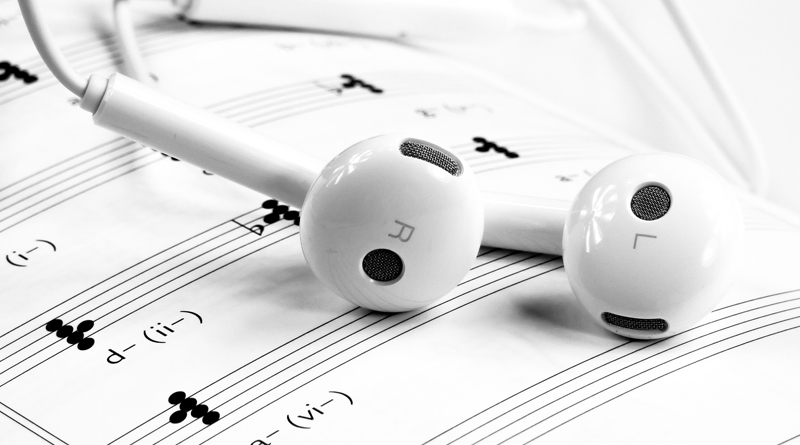 “When I was 5 years old, my mother always told me that happiness was the key to life. When I went to school, they asked me what I wanted to be when I grew up. I wrote down ‘happy’. They told me I didn’t understand the assignment, and I told them they didn’t understand life.”

truly understand why people enjoyed listening to it so much. Hearing that statement out loud left me with a feeling that I could only imagine John Lennon himself felt when he was told that he “didn’t understand the assignment.” To me, that person didn’t understand life.

For as long as I can remember, music has been a tremendous influence in almost every creative aspect of any endeavor that I have successfully accomplished. It has been my go-to source of comfort for my Blanche Deveraux “magenta days”-days where I’m not exactly feeling blue, nor am I green with envy or scared yellow; the days when one awful color, magenta, can summarize a cornucopia of painted emotions swirling within.

I recently heard of the passing of Chester Bennington, the lead singer from Linkin Park. I cannot begin to express the sentiment of sorrow that I felt upon hearing such news. There was one particular album of theirs called Hybrid Theory, which single-handedly got me through some of the most magenta of days during my sophomore year of high school. It was Chester’s voice and lyrics that had resonated with the different hues of my soul all those years ago.

Learning that he had taken his own life had devastated me, but it was the reasons behind his doing so that truly broke my spirit. Chester Bennington had committed suicide after a long battle with depression as well as drug and alcohol addiction.

The entire week after learning of his death, I felt as though I was just running on autopilot in the real world while my brain was constantly trying to wrap itself around what had happened. I found myself with more questions than there were answers for.

Although I had all these questions, there was one truth that I knew for certain-music is a universal healer. I decided to do research on the effects of music therapy on mental illnesses, specifically depression; surely there had to be a correlation. Here is what I found:

In one study, a randomized controlled trial was conducted to determine the effect of music on sleep quality by examining the effects on vital signs and depression levels. The study, which took place in Hong Kong, consisted of 42 elderly people (21 who used music, and 21 controls) who were all recruited from the same community services center.

Participants listened to 30 minutes per week of their favorite music for four weeks. Blood pressure, heart rate, depression levels and sleep quality variables were collected once a week for four weeks. At week four, while there were no significant improvements in the control group, there were statistically significant reductions in geriatric depression scores and improvement of sleep quality in the music group.

Another study investigated the effects of music therapy on cancer patients suffering from depression and anxiety. Sixty patients with depression and anxiety were recruited for the study, which was conducted at the Imam Khomeini Hospital of Urmia City. A random sampling method was used, in which the patients were split into two groups: a control group and an intervention group.

Patients who were in the intervention group were required to listen to light music for a minimum of 20 minutes per day, for three days. The levels of the patients’ depression and anxiety were measured by the Hospital Anxiety and Depression Scale (HAD) at baseline and 3 days after music therapy.

After analyzing the data, the findings revealed that there were positive effects of music therapy, as there was a decrease in the levels of depression and anxiety in patients with cancer.

An additional study examined the effects of group music therapy on improving anxiety, depression and self-esteem in Chinese prisoners. Two-hundred male prisoners were randomly split up into one of two groups: a music therapy group or a control group. The control group was administered standard care but no music therapy during the study. Standard care in the prison included medical care, as well as monthly mandatory mental health education and psychological/psychotherapeutic care on a volunteer basis.

Participants in the music therapy group received 20 sessions of group music therapy twice a week; each session lasting 90 minutes. Anxiety, depression and self-esteem were measured by standardized scales at baseline, mid-program, and post-program.

The music therapy intervention took place in an activity room located within the prison. The choices for the intensity, as well as the duration of intervention, was based on the therapist’s clinical experience, prison management, and the inmates’ average length of sentence. During the initial three sessions, three music therapy methods were introduced to the group: music and imagery, improvisation and song writing.

Each session following the first introductory sessions began with a discussion regarding thoughts, feelings, personal issues or confrontations in prison. After which, group members along with their therapist would select one of the aforementioned methods to continue their personal therapeutic process. In comparison to the control group, anxiety and depression in the music therapy group decreased significantly at mid-test and post-test, and self-esteem improved significantly at mid-test as well as post-test.

The findings of this study suggests that group music therapy is effective in improving anxiety, depression and self-esteem.

After I had done the research, the part of me that was deeply mourning the loss of Chester, as well as the many other talented musicians who have recently passed in the same manner for similar reasons, well, that part of me began to feel a glimmer of hope.

I will continue to remain hopeful because I know in my heart that the human spirit, no matter how broken at times, will always be able to rely on music as a form of therapeutic release whenever life becomes too magenta.

When Sounds Are Torture: Advocating and Living With Misophonia

Shaylynn Hayes discusses the impact Misophonia has had on her life, and the challenges of advocating for a condition that remains unknown to many.

Laura Berger discusses the scientific aspects of happiness, and how to make them improve your mood at work.

Trauma, PTSD, and Codependency: How Life Experiences Affect Our Relationships

Darlene Lancer explores trauma's influence on relationships, and the connection between codependency and PTSD.