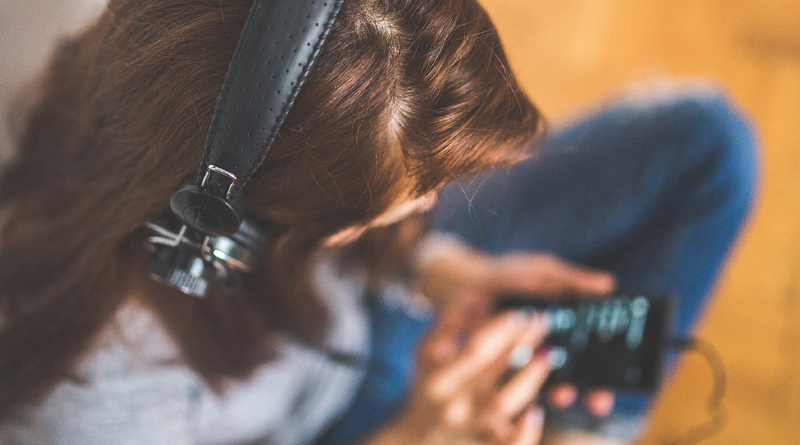 Music is the essential ingredient that nourishes the universal experience of human poetry. We derive great joy from listening to a favorite piece at a concert, shed a tear on hearing a beloved refrain that helps us recall a special life event, or smile as the music on our mobile devices accompanies us everywhere we go. Music is a gift for the human consciousness that is woven so deeply into the fabric of our existence that sometimes we don’t fully realize the pleasure or healing it brings into our lives. But Jane Smith (not her real name) now appreciates the transformative power of music to soothe, heal, and positively alter her body; Jane’s life changed in ways she could never have dreamed after she attended a concert performed by Grammy Award-winning singer/songwriter Melissa Manchester in May of 2016.

When she heard about Melissa’s concert, Jane had been living with a 30-year dependence on opioid prescription medication to treat the pain for her fibromyalgia and back pain resulting from two automobile accidents. Her addicted body had become trapped in a cycle of additional pain caused by the continuous use of opioid-based drugs as her doctors kept issuing more prescriptions. She had withdrawn from practically all social activities, but when she heard about the concert of a beloved artist from her college days within driving distance, she knew she had to go. Jane wasn’t expecting anything out of the ordinary to occur, she just anticipated having a wonderful and reflective time listening to the music.

Melissa’s concert, however, was a life-changing event for Jane. She sat so close to the stage that she could literally feel the music physically resonating in her body, and Jane realized she felt a deep sense of comfort and joy, coupled with a surprising and significant decrease in her pain levels. At that moment when she realized the music had relieved some of her continuous pain, Jane’s life took a sudden and momentous pivot; she was determined to make a change. Buoyed by the experience of her pain reduction, Jane loaded her iPad with an extensive playlist of Melissa’s music and began a personal detoxification process to wean her body off 30 years of opioid prescription drugs. Over the next few weeks she listened to Melissa’s music almost 24 hours a day, seven days a week. The music became her most effective form of pain management.

Neuroscience professionals acknowledge that music is a direct conduit to the brain; specific rhythm exercises in the form of biomedical music protocols can help redirect neural networks for persons with motor, speech, and cognition challenges.

Withdrawal from this kind of drug dependence is not easy, but the chemical crutches Jane had needed for so long were gradually replaced with four gifts that she says she continually receives from Melissa’s music: soothing comfort, clarity, healing, and joy bringing personal transformation. Jane gradually learned to breathe through her pain and listened to the music instead of reaching for a pain pill. With great determination and the help of Melissa’s music playing constantly, her body gradually adjusted to the withdrawal from the pain medication. Jane celebrated a joyful Independence Day of 2016 with her own complete independence from prescription opioid drugs.

Although Jane recently injured her back again when she tripped and fell on a sidewalk, she has maintained her sobriety. She turned to natural remedies for pain management such as using a heating pad and listening to Melissa’s music rather than using opioid medications. The constant music isn’t needed now, but Jane still turns it on several times a day. It makes her happy and also keeps her from wanting or needing narcotics; the joy she receives from Melissa’s music has replaced opioids as her source of pleasure and comfort to manage her pain. Her pain levels have decreased considerably. When in the thrall of the opioid addiction, her pain levels were at a constant 10+ on the scale of one to ten; they’ve now been reduced to about a 3-4 level on a daily basis. Music furthermore produces  physiological responses in the body to help lower heart rate and blood pressure, and Jane is particularly drawn to Melissa’s slow ballads, which help her relax.

Jane’s personal physician was kept apprised as Jane’s withdrawal progressed. After being examined and her body tested to determine current pain levels, Jane’s doctor determined her pain levels were substantially less by using the music to control pain instead of narcotics, and thus noted in Jane’s medical records the healing effects of Melissa Manchester’s music in reducing Jane’s pain. Jane’s family and friends also began to notice positive changes in her lifestyle. She participated in social gatherings more often and has even started attending exercise classes, which have helped her flexibility, strength, and endurance. She has also had the great pleasure of personally meeting Melissa Manchester and corresponding with her on social media, and found Melissa to be a gracious artist who is appreciative about the impact her music has had on Jane’s life.

This decisive change of life took total commitment on Jane’s part. She was most fortunate to discover her own particular music choice that helped her brain reduce her dependence on opioid pills and start replacing the reward system in her brain with a natural reaction rather than a chemical one. Exciting new research does indeed show that there is a chemical reaction in the brain for all pleasant emotional rewards, whether for a beloved piece of music, delicious food, exercise, or playtime spent with a cherished pet. In anticipation of the reward, dopamine is produced; following the physiological response there is additional dopamine and a natural opioid release into the brain.

Evidence obtained through scientific research now confirms that hearing a favorite piece of music will help the brain release natural opioids. First presented at the 2015 conference for the Society for Music Perception and Cognition by researchers at McGill University, the findings have also recently been published in Scientific Reports and are available on the website of the National Institutes of Health. The researchers of this publication (“Mallik, A. et al. Anhedonia to music and mu-opioids: Evidence from the administration of naltrexone. Sci. Rep. 7, 41952; doi:10.1038/srep41952, 2017; see box previous page) discovered that individuals listening to a favorite piece of music who had taken an opioid-blocking drug (rather than placebo, which was also included in this study as part of the control group) felt less pleasure and less emotional response to the music. These findings confirmed that the brain was already producing its own opioids in response to the music; an opioid blocker effectively blocked the response to the music.

Neuroscience professionals acknowledge that music is a direct conduit to the brain; specific rhythm exercises in the form of biomedical music protocols can help redirect neural networks for persons with motor, speech, and cognition challenges. The knowledge that music also produces a positive chemical reaction in the brain makes it a powerful instrument that medical professionals can explore and keep in their own toolkits of options for their clients who could possibly bypass the need for an opioid prescription. Prescription painkillers are an absolute necessity for many situations, but perhaps the natural (and delightful) alternative of using music could be a substitute for drugs in patients that tolerate this solution. In Jane’s case, the music that reached her heart and soul came from memories of a favorite artist from her college days. The music that will be the most effective for any individual will be that which the person loves, be it classical, jazz, blues, or soft rock.

Ancient art forms tell us that music has existed for at least 100,000 years as an integral form of human communication. The brain originally created the music, and with continued interaction, brain plasticity occurs and continually evolves in the interaction with music. We are just beginning to understand the magical properties of music’s interactions in the brain; this knowledge will continue to benefit mankind on many levels.

Published with permission of Exceptional Parent Magazine. To see it in the original published form, please click here.

Share on FacebookShare on TwitterShare on Google+
Martha Summa

Taking A Trip Outside Your Comfort Zone: A Teen Girl with Autism on Learning Independence

Eryn Segal details her recent experience in a college summer program, and how it helped her develop skills to be more independent.

The Benefits of Music for Therapy and the Neurodiverse

Martha Summa discusses the important role music can play in therapy for the neurodiverse, and offers insight in to how different tempos can help different conditions.

Jonathan Spaan discusses the phenomena of "The Clutch Gene", and looks at tools for pre-game anxiety.