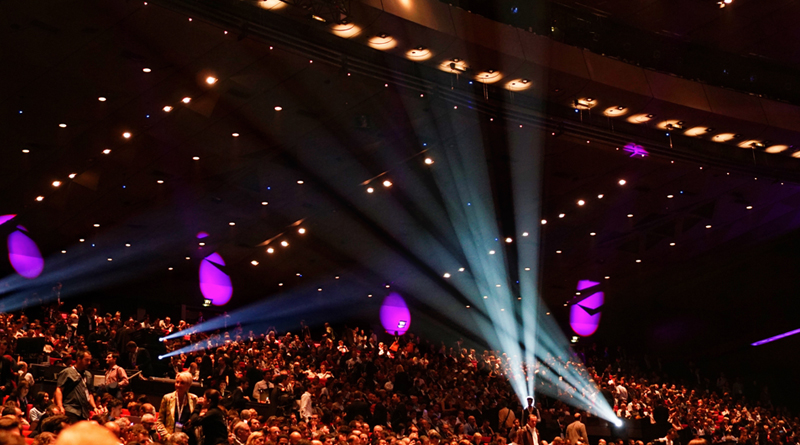 Alyssa Patrias was born with Down syndrome and a heart defect which required open-heart surgery when she was just 10-weeks old. So, it was a big deal when the Miss America pageant associated with Miss Michigan gave the ok for Patrias to participate in the Miss Downriver pageant on August 26, 2017. When Patrias competed in the pageant last month she become the first woman, with Down syndrome, in the state of Michigan to compete in a Miss Michigan Preliminary pageant.

“She learned how to walk in heels. She wore a beautiful red dress and practiced singing her song for the talent portion of the pageant—“You’ll Be In My Heart” by Phil Collins from the Tarzan soundtrack (which reminds her of her mother)—and prepared thoughtful answers for questions the judges would ask her. That was Miss America’s one stipulation: that Patrias entered the pageant with no special treatment and would compete in all of the standard events.”

Although she didn’t win her pageant sisters voted her Miss Congeniality.

“I didn’t know Alyssa wanted to do what her peers did-to be in a real pageant,” said Sue Cameron, the mother of Ms. Patrias.

Growing up, Patrias was extremely shy. Making eye contact with others and answering questions created a lot of anxiety for Patrias. Now, if you give her a microphone she’ll walk on stage without fear and take command of the audience. This once shy girl has really come out of her shell. She competes on a special needs cheerleading team, she plays Miracle League baseball, and is an active volunteer in her community. If this isn’t impressive enough she has also found time to be in six talent shows at her school, three plays, and she competes in an annual 24 hour dance marathon held at the University of Michigan.

“From all of these activities, especially the all-inclusive All Kids Matter pageant that Patrias had been a part of for four years, she learned social skills, built her confidence and further developed her many talents.”

Patrias’ mother had some doubts when her daughter was asked if she wanted to participate in the Miss Downriver pageant. Patrias, on the other hand, didn’t think twice. She absolutely wanted to participate. Patrias and her mother practiced for six weeks all the way up until the pageant, and all that hard work paid off. From the swimsuit competition to the talent show, she completed everything.

“It was amazing,” Patrias said. “It was a great night. My dress was so long and red. It fit like a princess dress. I looked so beautiful in it.”

Patrias’ mother hopes her daughter can be an example for people that have and don’t have disabilities to follow their dreams.

“There’s more than just a girl with Down syndrome,” Cameron said of her daughter. “They all have their abilities. You have to give them a chance. They’re not given enough chances to show what they can do.”

This piece is based on an article by Ashley Zlatopolsky for the Detroit Free Press, which can be seen here.

A Back to School Survival Guide for Different Brains

Resuming classes after summer vacation is always an exciting and often stressful event for any child. Here are 6 tips for making the transitions easier for any kind of different brain.