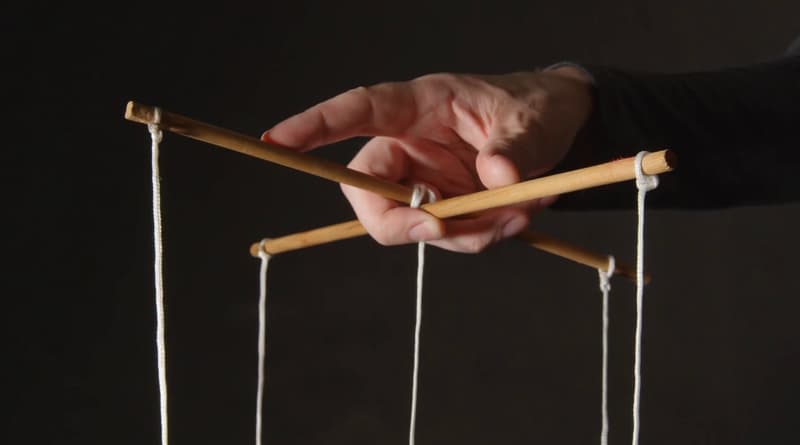 Many of us don’t even realize when we’re being manipulated. We may have an uneasy feeling in our gut that doesn’t match the manipulator’s words or feel trapped into agreeing with a request. Most people react in ways that escalate abuse or play into the hands of the abuser and feel small and guilty, but retreat and allow unacceptable behavior. If you had a manipulative parent, it might be harder to recognize in a partner, because it’s familiar.

Ancient wisdom to “know your enemy” is essential when dealing with a manipulator. Being able to spot these hidden arrows allows you to respond strategically to covert manipulation. Understanding what they’re up to empowers you.

When people behave passive-aggressively, what appears passive or defensive is covert aggression. It’s debatable to what extent their behavior is conscious or unconscious. To the victim, it doesn’t matter. The effect is the same. Being overly-empathetic puts you in jeopardy of being mistreated again and again. When someone attacks you overtly or covertly, they’re being aggressive.

Psychologist George Simon argues that these covert manipulators intentionally say and do things to get what they want―for power and control. For people characteristically disturbed, such as sociopaths and narcissists and some people with borderline personality disorder, he maintains that their tactics aren’t unconscious in the way that defense mechanisms normally operate. However, their behavior is so habitual that over time it becomes reflexive. They don’t even think about it, but are still conscious of it.

Goals of a Manipulator

The goal of all manipulation is to gain influence to get our needs met, but habitual manipulators do so for power and control and use deceptive and abusive methods. Manipulators maintain domination through continuous, recurring, emotional manipulation, abuse, and coercive control. Often they’re passive-aggressive. They may lie or act caring or hurt or shocked by your complaints―all to deflect any criticism and to continue to behave in an unacceptable manner. In maintaining control to do what they wish, manipulators aim:

Eventually, you are victimized and can lose trust in yourself and your feelings and perceptions. Gaslighting is a treacherous, disabling form of manipulation.

Habitual liars sometimes lie when it’s unnecessary. They aren’t lying because they’re afraid and guilty, but to confuse you and do what they want. Some simultaneously put you on the defensive with accusations and other manipulative tactics. Lying may also be indirect through vagueness and/or omission of material information though everything else said is true. For example, a cheater might say he or she was working late or at the gym, but not admit to an adulterous rendezvous.

This isn’t denial that’s unconscious, like not realizing you’ve being abused, have an addiction, or are avoiding facing difficult truths. This is conscious denial to disclaim knowledge of promises, agreements, and behavior. Denial also includes minimization and rationalization or excuses. The manipulator acts as if you’re making a big deal over nothing or rationalizes and excuses his or her actions to make you doubt yourself or even to gain your sympathy.

Manipulators want to avoid being confronted and taking responsibility at all costs. They may avoid conversations about their behavior by simply refusing to discuss it. This might be combined with an attack, like, “You’re always nagging me,” putting you on the defensive with blame, guilt, or shame.

Avoidance can be subtle and unnoticeable when a manipulator shifts the subject. It may be camouflaged with boasting, compliments, or remarks you want to hear, like, “You know how much I care about you.” You might forget why you were upset in the first place.

Another avoidance tactic is evasiveness that blurs the facts, confuses you and plants doubt. I once went out with a man who claimed we were incompatible because I was too precise and he was a “gloss-over” kind of guy. Precisely! He felt uncomfortable when I’d ask questions or note inconsistencies in his half-truths. It became apparent that he was a skilled, manipulative liar. It’s easy to give someone the benefit of the doubt and go into denial yourself when you’re hopeful about a relationship. When you have doubts, trust them!

These tactics include projection, a defense where the manipulator accuses others of his or own behavior. Manipulators believe “The best defense is a good offense.” By shifting the blame, the aggrieved person is now on the defensive. The manipulator remains innocent and free to carry on, while their victims now feel guilt and shame.

Abusers typically blame their victims or anyone else. Be wary of an apology that is really another manipulation. Addicts typically blame their addiction on other people, their demanding boss or “bitchy” spouse. A criminal defendant with no defense will attack the police or their methods of collecting evidence. Rapists used to be able to attack the reputation of their victims.

I counseled a couple in a domestic violence case, where the violent husband blamed his wife for his violence. I said to him, “I’m surprised your wife has that much power over you.” He was dumbfounded, since his whole agenda was to gain power over her.

Guilt-tripping and shaming shift the focus onto you, which weakens you while the abuser feels superior. Martyrs use guilt when they say or imply, “After all I’ve done for you…” sometimes combined with criticism that you’re selfish or ungrateful.

Shaming goes beyond guilt to make you feel inadequate. It’s demeans you as a person, your traits, or role, not just your actions. “The children would behave if they had a father who knew how to parent (or, made a decent living.)” Comparing is a subtle, but powerful form of shaming. It’s harmful when parents compare siblings with each other or with playmates. Some spouses compare their mate to their ex to have the upper hand by making their mate feel inferior.

Guilt and shaming may include “blaming the victim.” For example, you find evidence on your partner’s phone that he or she is flirting. Your partner acts outraged that you went into the phone. Now he or she has switched the focus onto you. By blaming you, your partner has avoided a confrontation about flirting, and may also lie about it, minimize, or circumvent it altogether. You, the real victim, feel guilty for spying, undercutting any justified anger, and may thereby allow the flirting to continue unaddressed.

Intimidation isn’t always with direct threats, but can be subtle. Intimidation can be achieved with a look or tone and statements like: “I always get my way;” “No one’s irreplaceable.” “The grass isn’t any greener;” “I have methods and friends in high places;” “You’re not so young anymore;” or “Have you considered the repercussions of that decision?” Another strategy is telling a story meant to provoke fear, such as: “She left her husband and lost her kids, their house, everything.” “I fight to win. I once almost killed a guy.”

This is distinct from blaming the victim. Rather than blame you, this “poor me” tactic arouses your guilt and sympathy so you’ll do their bidding. “I don’t know what I’ll do if you don’t help me.” More disordered personalities often threaten suicide if you leave. It can also take the form of, “You don’t care about me;” “Why do you treat me like this?” or “Nobody helps me.” You compliance breeds your resentment, damages the relationship, and encourages continued manipulation. Guilt over someone else’s behavior or predicament is irrational guilt.

These tactics are destructive. Don’t confuse forgiveness with forgetting. Manipulation will likely continue. Over time, this is traumatic and can severely damage your self-worth. Awareness is the first step. You may need help to see things clearly. Write out conversations and try to identify abuse and all the tactics used. Harder still is not taking the words of the manipulator personally and learning how to respond. Find out how to Deal with a Narcissist and Difficult People, and Become Assertive and Set Limits.

Join my list and get free “14 Strategies to Handle Manipulation.” Also do take the steps to Raise Your Self-Esteem and find Freedom from Guilt. Often, childhood trauma is what made you deny and be vulnerable to such abuse in the first place. You may need to Conquer Shame if your self-worth has been damaged.

Philip, an intern, shares his story about dealing with the coronavirus pandemic and his experiences with quarantine.

Autism Inclusion in Schools: It Worked For Me

Canadian autism self-advocate Aaron Bouma discusses the importance of inclusion in schools for people on the spectrum, and the impact it had on his life.