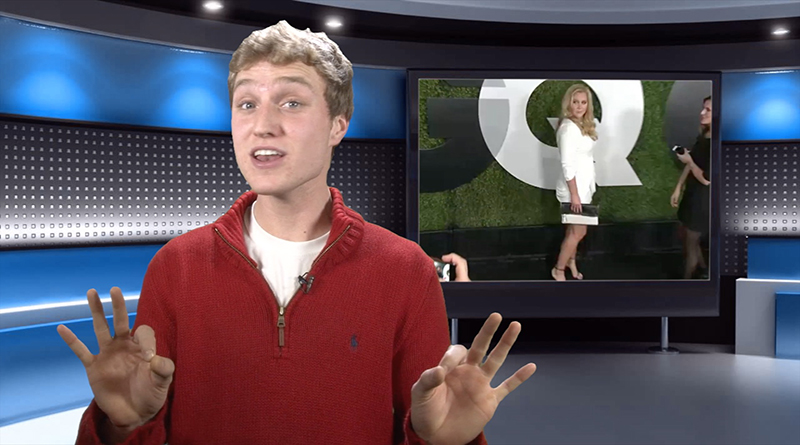 The Week in Neurodiversity highlights recent news stories that speak to the differences in our brains. Hosted by Matthew Ryan.

Original videos of these stories can be found here:

Is Your Attention Span Shorter Than a Goldfish’s?: http://www.nbcnews.com/nightly-news/video/is-your-attention-span-shorter-than-a-goldfishs-445825091809

‘Ground Zero’ of Alzheimer’s: Scientists pinpoint the exact area of the brain where the disease begins: http://www.dailymail.co.uk/health/article-3449621/Revealed-ground-zero-Alzheimer-s-Scientists-pinpoint-exact-area-brain-devastating-disease-begins.html

Amy Schumer Joins Cast of PTSD Drama ‘Thank You for Your Service’: http://forward.com/the-assimilator/333612/amy-schumer-joins-cast-of-ptsd-drama-thank-you-for-your-service/

Hi, my name is Matthew Ryan, and welcome to the Week In Neurodiversity.

Let’s start with technology. A 12 year old girl creating an award-winning app, called the “Aut Buddy,” to help her sister with autism.

In science this week, a group of mad-scientists at John’s Hopkins, have created these “mini-brains” that are about the size of a house fly, that they believe are going to be better test subjects for drug development, because they’re derived from human cells.

“Dubbed ‘mini-brains,’ the scientists created tiny balls of cells that function and interact similar to cells in the brain, utilizing stem cells obtained from skin samples, the researchers stimulated the cells to grow for eight weeks, into structures found in the human brain.”

Talk about “mini-brains,” according to a new study from Microsoft, people generally lose concentration after about eight seconds, making the attention span of a goldfish longer than that of the average human being. Don’t worry, though, because on the positive side, the reports says that the ability to multitask has drastically improved over the course of the mobile age.”

“In 2013, according to the report, the average human attention span was down to eight seconds, that’s a second shorter than a goldfish, which means, if true, I’ve lost some of you in this story about a paragraph back.”

Recent research published in the journal, “Trends in Cognitive Sciences,” announced a discovery of the ground-zero site for Alzheimer’s in the brain, and it’s called, the “Locus Coeruleus.”

“The current treatments for Alzheimer’s disease are designed to improve communication between cells, however, they can only slow the progression of a disease. Scientists hope that a future drug will target Amyloid Alzheimer’s and stop the disease altogether.”

And now it’s time for celebrity news. To help their cousin raise money for a service dog, two girls made a remix of Taylor Swift song, “Blank Space.” After seeing the video, Taylor Swift donated $10,000 and made them reach their goal.

“It was an effort to get donations for a therapy dog for Jordan’s five-year-old brother, Jacob, with autism. Last week, Swift, herself donated $10,000! ‘She was like Taylor Swift just donated $10,000, we were all like, oh my gosh!’ Jacob is a sweet, energetic boy whose autism often causes him to wander away from safety. The therapy dog will help keep him from harm, but also provide something even more special. ‘Jacob has a hard time making connections with people, and so this is going to be probably Jacob’s first friend.'”

She’s funny, she’s a lady, and she’s Amy Schumer! And she’s joined the cast of a brand new upcoming drama, called, “Thank You For Your Service,” about the lives of US Veterans upon returning home from overseas. She will star alongside big stars, like Miles Teller from Whiplash, baby, and Haley Bennett. Get excited.

“The Inside Amy Schumer star has reportedly joined the cast of, ‘Thank You For You Service,’ an adaptation of David Finkle’s novel. The film will look at PTSD through the story of US soldiers returning from Iraq, who struggle to integrate back into family and civilian life.”

And, finally, in sports: For the first time in his career, 19-year-old team manager Robert Louis suited up and walked onto the court to compete for his team. While playing, he scored a game-ending three-pointer, that sent fans from both sides pouring onto the court to celebrate his memorial accomplishment.

And that’s it for this week. Thanks for watching, leave your comments below, and don’t forget to subscribe. You keep advocating, we’ll keep bringing the news.

(3 mins 54 sec) In this episode, Boy Meets World star Rider Strong makes the birthday wish of a boy with Down syndrome come true, Project UROK runs a beauty ad for anxiety, and Lady Gaga and prince Harry come together to talk mental health! These stories and more in this week’s edition!

Parenting kids with special needs can prove to be a strategic balancing act. It encompasses the whole family. Not only do special needs kids face challenges, but so do their parents and siblings.