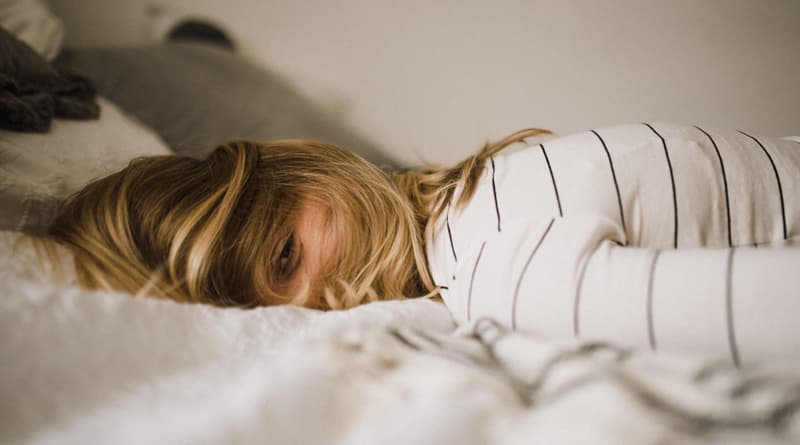 The importance of battling insomnia

Sleep plays a vital part in physical health. It is essential for almost all living beings in Kingdom Animalia. Sleep is scientifically proven to heal and repair the heart and blood vessels. In fact, a regular lack or shortage of sleep is even associated with an increased risk of kidney disease, heart disease, high blood pressure, diabetes, and in some cases, stroke. SLAC scientist Alex Batyuk claims that “It’s critical for the brain to take rest and process and store memories that we have accumulated during the day”. “Melatonin is the hormone that regulates our sleep-wake cycles. When there’s light, the production of melatonin is inhibited, but when darkness comes that’s the signal for our brains to go to sleep.” While some people don’t need to be asked twice to sleep more, others can have genuine sleeping issues out of their personal control, due to their Insomnia. However, the hard work and dedication from a team of international researchers have created the first maps of two melatonin receptors which tell our bodies when to go to sleep, wake up, and guide other biological processes as well. These findings may create a better understanding of how they work, enabling researchers to design more efficient drugs to treat sleep disorders, cancer and even Type 2 diabetes.

A physician’s guidelines would define insomnia as difficulty with falling asleep (onset sleep) or staying asleep (sleep maintenance), even for people with the time and accommodation to sleep. Those with insomnia may be dissatisfied with the current amount of sleep they have, and contend with symptoms including but not limited to: Mood disturbances, low energy, fatigue, concentration problems and can lead to decreased workplace/school performance.

Insomnia is identified according to how often insomnia is affecting the individual. Acute insomnia are brief stints of sleep trouble, due to various life circumstances that would have anyone tossing and turning at night, often resolving itself without treatment. Chronic insomnia, however, is regularly disturbed sleep, occurring at the least three nights per week; multiple factors may play a role, such as a long pattern of unhealthy sleep habits, use of certain medications, a shift in work schedule and a variety of clinical disorders and environmental changes that can result in a byproduct of insomnia. This sleep pattern can continue on for as long as three months; In some cases the condition is treatable and, if addressed appropriately, can be redirected into a healthy sleep pattern again. For others, the condition can be co-morbid, or associated with other conditions that may be more difficult to treat, if treatable at all.

Recently, a research team led by the University of Southern California, have made breakthrough findings using X-rays generated from SLAC’s Linac Coherent Light Source (LCLS). The device allowed the researchers to map two particular receptors that belong to a group of membrane receptors known as G protein-coupled receptors (GPCRs), MT1 and MT2, as these receptors were activated through the application of an insomnia drug, a drug for mixing melatonin with the anti-depressant, serotonin, and two melatonin analogs. Through this mapping, the researchers made the discovery that both of these melatonin receptors had narrow channels within their fatty membranes of our body’s cells. Melatonin can exist in both water and fat, but these narrow channels act as a selectively permeable membrane for only melatonin to pass through, sifting out the serotonin in the process since it can only exist in water-rich environments. MT1 is a melatonin receptor responsible for controlling circadian rhythms. Certain much larger compounds may only affect MT1, but not MT2, which is an important observation when designing new drugs for treating each specific receptor, but creating a medicine that specifically targets one receptor and not the other is still a great challenge. Leading the structural work on MT2, USC’s postdoctoral scholar, Linda Johansson commented that, “These receptors perform immensely important functions in the human body and are major drug targets of high interest to the pharmaceutical industry,” and would also state “Through this work we were able to obtain a highly detailed understanding of how melatonin is able to bind to these receptors.

Through the mapping of these receptors and how they activate, researchers in the future may be able to produce safer, more efficient drugs that can selectively target MT1 and MT2. University at Buffallo, SUNY professor of pharmacology and toxicology Margarita L. Dubocovich, who personally helped pioneer the identification of functional melatonin receptors as early as the 80s, provided her insight on the research, “Since the discovery of melatonin 60 years ago, there have been many landmark discoveries that led to this moment.” She also claimed, “Despite remarkable progress, discovery of selective MT1 drugs has remained elusive for my team and researchers around the world. The elucidation of the crystal structures for the MT1 and MT2 receptors opens up an exciting new chapter for the development of drugs to treat sleep or circadian rhythm disorders known to cause psychiatric, metabolic, oncological and many other conditions”

Two young people with Down Syndrome recently found their dreams coming true through love of music- one through a viral dance video, and another through a famous rock star.