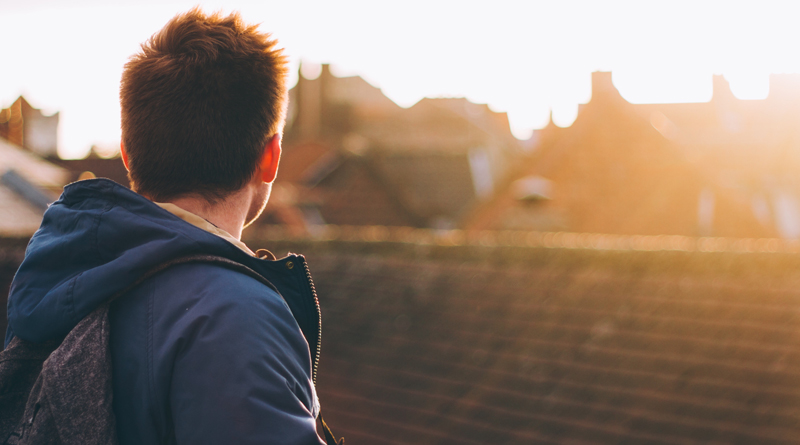 By David A. Grant

As I round the bend to the anniversary of my traumatic brain injury (TBI), I continue to learn.

Time has shown that the anniversary of my cycling accident is a time for reflecting back over my life. November 10th will mark seven years since a teenage driver struck me. He was a newly licensed driver here in New Hampshire, while I was a forty-nine-year old guy on a bicycle. It was not my best day.

The accident left me with broken bones, multiple lacerations, and torn ligaments and tendons. All of those injuries have long-since healed. However, the traumatic brain injury that I sustained that day remains a significant part of my day-to-day life.

Looking back with the perspective that only comes with time, I can see that year-over-year gains continue. While that brings me great joy, there is a flip side to it. Simply put, for as far as I have come over the last seven years, deep inside of me a still, small voice still whispers to me.

Early on, others who shared my survivor fate told me that recovery is lifelong and that I would continue to see gains for as long as I have a heartbeat. This has proven to be true for me. But man o’ man, seven years is a long time to heal.

A couple of months ago I decided that it was time to get over all this “TBI stuff,” and get back to living life as I once did. Enough time had passed, and quite frankly, being a brain injury survivor brings with it a level of exhaustion that I never knew in my life before everything changed.

I was a man with a plan. A web developer by trade, I began the process of learning a new type of development style called Responsive Design. It took me a while, but I did indeed learn the newest in web design protocol. A couple of years ago, even considering learning something as complex as this was off the table. For a few years, just matching my socks was a daily victory. I say this in all seriousness.

Having the ability to learn and execute a new job function was empowering. I know myself well enough to see it for what it is: a truly epic accomplishment.

With a new sense of accomplishment, I set out to prove again that I could live “normally” again. For a couple of weeks, I pushed hard. Living with a brain injury brings with it neuro-fatigue. Suffice to say, I began to crash. I was not honoring the limitations that come with a TBI. In fact, I was ignoring them completely.

I was beginning to see the cracks in my armor as the realization that I was not as “over it” as I thought. My ability to speak started to fall away with increasing frequency; I was having trouble following even simple conversations. I was forgetting things big and small. Moreover, the realization came again that I simply cannot walk away from what I have.

This occasional run-in with denial is not a new thing for me. Every couple of years, it seems to rear its head again. I make some forward progress, get just a bit too confident, push hard, and crash.

Today I understand that this is all just part of the recovery process. It goes with the journey. For as much as I would like to not have an invisible disability, there is no turning back. The reality is that I am forever changed. Like any other member of humanity, I will have struggles. There will be times that I accept, and even embrace my brain injury survivor status. There will also be times that I want to run, to separate myself from all the struggles that go with the TBI territory.

Seen in this light, this makes me pretty average. And after all that I’ve been through over the last seven years, pretty average is okay with me.

Share on FacebookShare on TwitterShare on Linkedin
David Grant

David A. Grant is an internationally recognized brain injury advocate, freelance writer, keynote speaker and brain injury survivor based out of southern New Hampshire. He is the author of Metamorphosis, Surviving Brain Injury, a book that chronicles in the first year-and-a-half of his new life as a brain injury survivor. His second title, Slices of Life after Traumatic Brain Injury, was released in 2015. In 2016, David and his wife Sarah coproduced To Be Inspired: Stories of Courage and Hope after Brain Injury, a complication book of survivor stories. David is also a contributing author to Chicken Soup for the Soul, Recovering from Traumatic Brain Injuries and Chicken Soup for the Soul, Why I chose Gratitude.
As a survivor of a cycling accident in 2010, he shares his experience and hope through advocacy work including public speaking as well as his weekly brain injury blog. David is a regular contributing writer to Brainline.org, a PBS sponsored website. He is also a BIANH board member as well as a columnist in HEADWAY, the Brain Injury Association of New Hampshire’s periodic newsletter.
David is the founder of TBI Hope and Inspiration, a Facebook community with over 20,000 members including survivors, family members, and caregivers as well as members of the medical and professional community. In late 2016, David’s brain injury blog was awarded “Best Brain Injury Blog of 2016” by Healthline.org, a leading health information provider.
Together with his wife Sarah, they publish HOPE Magazine. HOPE Magazine is the world’s largest monthly magazine dedicated to brain injury of all kinds and is now ready in over thirty countries around the world. HOPE Magazine is a free, all-digital monthly magazine that features stories by brain injury survivors and those who love them.
When David is not in front of his keyboard, he can be found cycling the byways of southern New Hampshire.

How to Have a Successful Autism Doctor Visit

Dr. Brian Udell discusses tips for ensuring a positive doctor visit for for your child with autism or other developmental challenges.

Certified Inclusive Fitness Trainer Daniel Stein discusses how exercising the body can be good for people with autism and other learning differences.