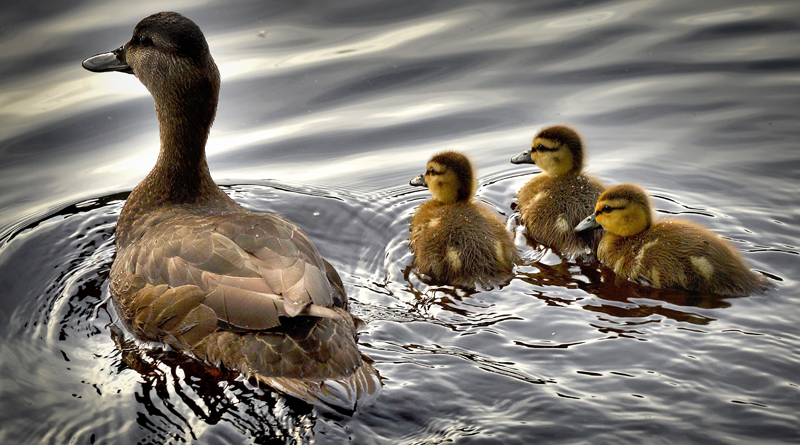 Since serving in Iraq in 2005, Darin Welker has dealt with post-traumatic stress disorder. Everyone has their own way of coping with disorders, and for Welker his connection with wildlife has proven the most important. Not just any wild life, but a group of local ducks that Welker has found quite comforting.

Unfortunately, Welker’s friendship with his feathered friends was interrupted by the West Lafayette Village Council. Local legislation allows only two therapy animals per household, if they weigh under 20 pounds. Welker wanted to keep six ducks and at one point had 14 ducks on his property. Welker knew this might be an issue, 14 ducks being much more than the council would ever allow.

Luckily, Welker didn’t want to stop fighting. He wanted to at least try to let the community and council understand just how much he cared for these ducks, and how happy they made him. He knew he would have to communicate to the town about his situation, and he did just that: Welker presented an affidavit of facts from his primary care physician, Dr. Thomas Hanf, and a letter from Hanf to Judge Robert Batchelor of the Coshocton County Common Pleas Court on his PTSD treatment. Furthermore, Welker presented seven signed letters from neighbors stating they had no issues with the ducks and were fine with Welker keeping them.

It was a tedious process, but Welker did the best he could to express how these ducks assisted with his physical and mental struggles. He knew it was just a matter of waiting to see what the verdict was. One of the board members, Craig Bordenkircher, decided too much time was already being spent on the issue, and they had to reach a decision. “It’s time to settle this and be done,” Bordenkircher said. “Given the documentation, I say we grant him the variance.”

Finally, Welker had earned his victory and was granted full permission to keep the ducks on his property. Welker’s story is a prime example of community support, nd how once in a while the rules can be adjusted if it’s for the betterment of one’s mental state.

This piece is based on an article by Leonard Hayhurst for the Coshocton Tribune, which can be seen here.

By Alexandra Starr What Are Binaural Beats? Do you struggle with anxiety, sleep, memory, or…