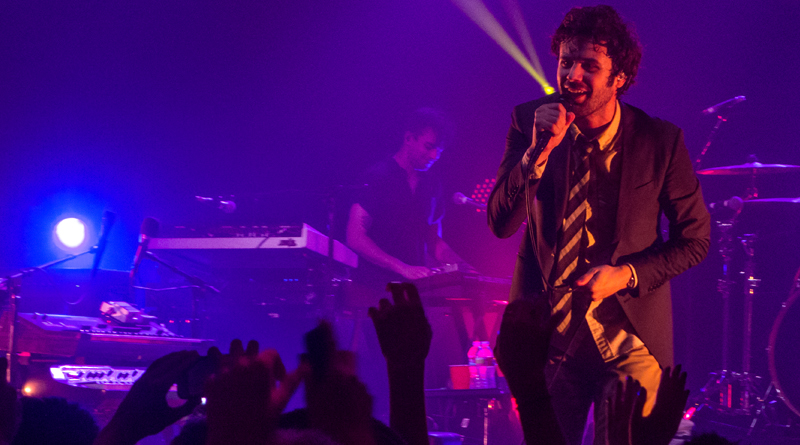 Michael Angelakos is the founder of the musical project Passion Pit. He has experienced great success through his music, but he is now more than just a musician. He has become an advocate for mental health, something he has personally struggled with through the years. Through his newly founded organization, the Wishart Group, he wants to provide support services for musicians — especially mental health services which Angelakos, who has Bipolar disorder, has found to be lacking in the music industry.

Music was the only channel in which Angelakos could express how he was feeling, emotionally, to others.

“I have Bipolar disorder, rapid cycling, with anxiety and PTSD. And what I’ve always been doing with my music, even though at certain points I just denied it flat-out, was just a way of explaining it sonically. I just wanted to hear what it sounded like, what my bipolar disorder sounded like. And it would sound like, to me, I was the underdog winning, or something like that. And that’s been my life. It’s really just trying to explain and apologize and work through this illogical world in my head that has been like running with weights, but no one can see the weights. And suddenly at a certain point when you’ve lived through it, that’s one thing that I started realizing: the hindrance became the power.”

As a mental health advocate Angelakos realized everyone deals with anxiety and grief in some shape or form. He wants to help people get the support they need so they don’t have to go through life like he once did and develop harmful behaviors.

“But how you walk through them is important, because you could develop something very serious.  — these things develop bad behaviors that look like choices, but they become treatments, self-medicating — things that are really, really dangerous.”

Angelakos is excited about turning the page on this new chapter in life. Instead of just talking through his music he is looking forward to seeing the positive impact he will have on people through advocating and his organization.

“I’m going to actually try and do something, instead of just talk.”

This piece is based on an article by Scott Simon and Eric McDaniel for NPR, which can be seen here.

The photo accompanying this article is by Nan Palmero, used under a creative commons license. Source: https://www.flickr.com/photos/nanpalmero/8528801120/

A Simulated Experience of Dyslexia

Many of us have no idea what it feels like to experience the struggles of dyslexia. But one website has been created to give everyone a taste of it.