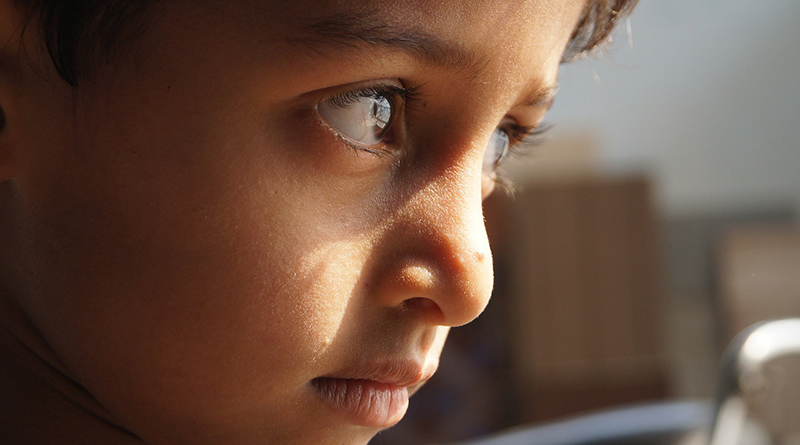 What might look like impulsive, irresponsible, selfish, disorganized, or unmotivated behavior may be the result of a brain that is operating less than optimally. Often, characteristics attributed to personality traits or ADD/ADHD can be the direct result of neurological deficits says Barbara Arrowsmith-Young in her book, The Woman Who Changed Her Brain: And Other Inspiring Stories of Pioneering Brain Transformation.

The jacket of the book reads:

Barbara Arrowsmith-Young was born with severe learning disabilities that caused teachers to label her slow, stubborn – or worse.   As a child, she read and wrote everything backward, struggled to process concepts in language, continually got lost, and was physically uncoordinated.  She could make no sense of an analogue clock.  But by relying on her formidable memory and iron will, she made her way to graduate school, where she chanced upon research that inspired her to invent cognitive exercises to ‘fix’ her own brain.

Based on her experiences improving her own brain, she founded the Arrowsmith School in Toronto, Canada, in 1980 and the Arrowsmith Program which has been training teachers across North America to better the brains of children and adults since.

Arrowsmith-Young identifies two basic types of cognitive deficits in the frontal lobe of the brain, which is essentially our humanness.  The irregularities are specifically in the prefrontal cortex (PFC) which is central to judgement, problem solving, self-direction, and self-regulation. An impairment here might manifest, among other ways, as what looks like a behavioral problem.

Arrowsmith-Young developed exercises she calls “cognitive calisthenics” which take advantage of neuroplasticity, the ability of the brain to change its function and structure as the result of repeated experiences, behaviors, and thoughts, to encourage the brain to make permanent, physical changes allowing it to perform normally. The mental tasks and activities are specifically targeted to work and challenge under-performing parts of the brain that correspond with the difficulties or behaviors exhibited.

In symbolic thinking deficit, a person’s left side of the PFC is not functioning optimally. Depending on severity, this can rob a person of mental initiative, make them easily distracted, disorganized and unable to plan or set goals with a lack of judgement and inability to foresee consequences. People with problems in this part of the brain often seem flighty, irresponsible, impulsive and indifferent to their own challenges. A person with a symbolic thinking deficit may lack self-directed organization and be unable to maintain focus to carry out a plan.

Arrowsmith-Young tells about Johanna completing exercises to stimulate her left PFC which involved reading many fables and determining the underlying lesson.  A person with a symbolic thinking deficit would get bogged down in the details of the story and have trouble discerning the message.  She also tells of Gabriela, who at 53 years old, worked to strengthen her symbolic thinking and noticed significant improvements in navigating while driving, memory, the clarity of her speech, and the ability to organize her thoughts.  The brain is capable of change at any age.

The second issue, artifactual thinking deficit, indicates an under functioning right PFC and primarily involves nonverbal thinking skills which would be anything beyond naming and numbering. The right PFC is known to be involved in performing many higher-level thinking tasks. Weakened functioning here may appear as a lack of emotional or social intelligence with an inability to read other people or situations accurately.  A person with an artifactual thinking deficit may not be able to evaluate courses of action or understand how their actions and behaviors affect others. They might seem self-absorbed, selfish, insensitive and find themselves outcasts.

The right prefrontal cortex allows us to navigate our social and emotional world.  Without this capacity in place, we are rudderless.

She tells the story of the tenth-grader, Nathaniel, with no “off” button.  He couldn’t read facial and body cues, had very few friends, and was unable to focus on anything beyond himself and his own immediate needs.  After two years of cognitive calisthenics, Nathaniel has numerous friends, a lively Facebook page, was doing well in school, and was happy.

Consistent, problematic behavior that negatively plays out in homes, workplaces, and schools may really be a physical brain issue.

An under functioning brain can manifest as an inability to put oneself in another’s shoes, suppress impulses, consider another’s feeling, stay focused and organized, or follow through with a plan. Such behaviors can negatively impact a person’s education, relationships, happiness, independence and success in life.

People with learning disabilities due to a brain deficit often excel in some areas that utilize their strengths while struggling or failing in areas calling upon their weaknesses. They are often told things like, “You have so much potential, if only you would apply yourself” or “If you just tried harder, you could do better.” Arrowsmith-Young quotes Nathaniel’s mother as saying “Oh my God, I’ve been yelling at this child for years, and it’s not his fault.”

Share on FacebookShare on TwitterShare on Linkedin
Debbie Hampton

​Debbie Hampton recovered from a suicide attempt and resulting brain injury to become an inspirational and educational writer. She is the author of Beat Depression And Anxiety By Changing Your Brain and Sex, Suicide and Serotonin: How These Things Almost Killed and Healed Me and writes for The Huffington Post, MindBodyGreen, and more. On her website, The Best Brain Possible, she shares information on how to better your brain and life.

Learned Helplessness Is Not a Life Sentence

Darlene Lancer, JD, MFT looks at "learned helplessness", and how to overcome it.

Giuliana Fenwick discusses the amygdala, a part of the brain that rules emotion and sensory stimulation, and how some massage techniques can alleviate related stressors.