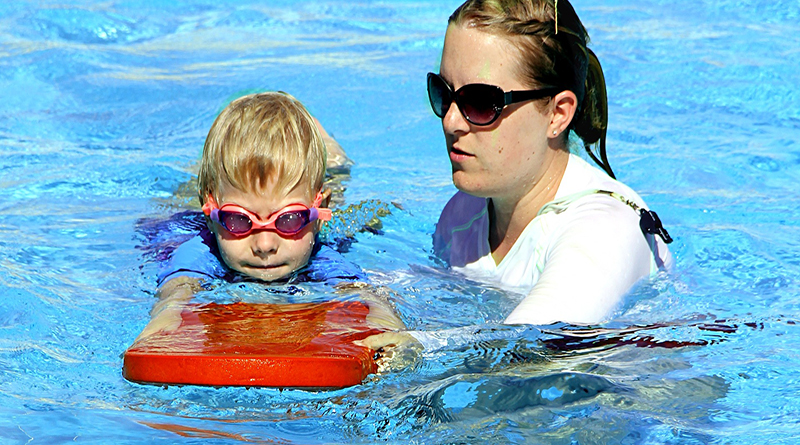 Every child should learn how to swim, including those on the autism spectrum. And while it may be a difficult decision for a parent, it is one that can pay off in the end.

“For several years, I had been deliberating about swim lessons for my son, because I was terrified after seeing news report upon news report of children with autism wandering away from their home and drowning in lakes, pools, and ponds,” states Dana Walker in her Autism Speaks blog. “I wanted to do everything in my power to reduce the risk of drowning if my son was near water.”

According to senior author Guohua Li, children with autism should be enrolled in swimming lessons as early as possible and even before starting other therapies, as building swimming skills at a young age is a critical tool to increase safety around water for kids with autism.

“Pediatricians and parents should immediately help enroll the child in swimming classes, before any behavioral therapy, speech therapy or occupational therapy. Swimming ability for kids with autism is an imperative survival skill,” states Dr. Li.

An analysis of death records has concluded that children with autism are 160 times more likely to die of drowning than the general population. Fortunately, there are steps parents can take to greatly reduce the risk.

Aside from drowning prevention, effects such as improved speech and cognitive function have been reported by parents. For those on the spectrum, water on the body has a calming effect and reduces any noises that would drain the individual. Parents have also noticed that swimming helps the child cope with stresses outside of the water as well.

While those on the spectrum may become overwhelmed by other sports, being underwater can provide the individual with alone time without the anxiety of having to participate with a team or anticipating the pressure of having a ball passed to them. Swimming presents a great opportunity for children to be in a social play environment while also being able to participate at a level comfortable to them.

But above all, those who take swimming lessons are able to stay safe in and around the water.

“After four lessons, Brady was able to move his arms in an up-down motion about 2-3ft and place both hands on the side of the pool so he could pull himself up,” Walker writes about her son. “To some, 2-3ft may not seem like a lot, but those few seconds of paddling in the water could buy him the time he needs for someone to save him from drowning.”

This article is based on one originally published by WebMD, which can be found here.

How One Football Kicker with Asperger’s Excelled

For Rogers High School Senior Rhett Powers, who has Asperger's syndrome, place kicking came naturally. Now, he is showing his skills on the football field!